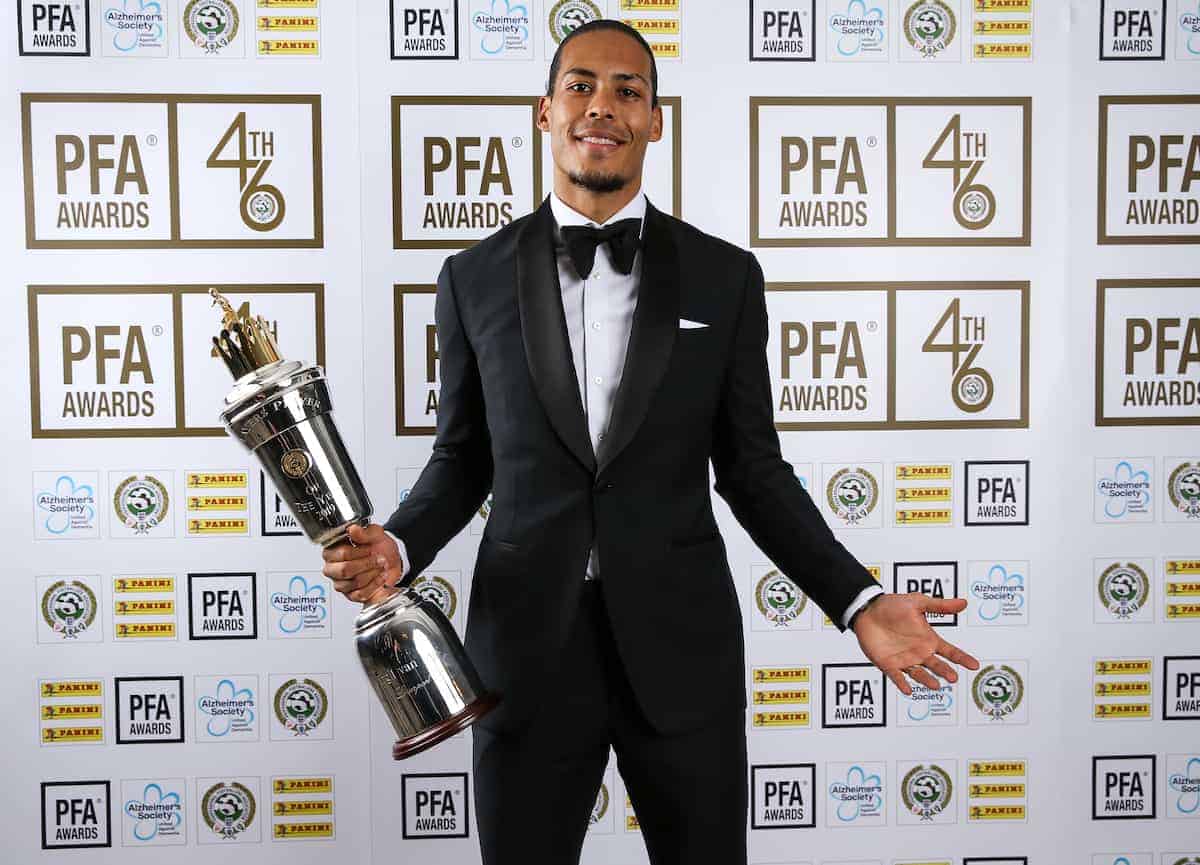 Virgil van Dijk has collected the PFA Player of the Year award at a ceremony in London, to mark an incredible first full campaign since joining Liverpool.

Van Dijk has transformed the Reds’ defensive fortunes in the 15 months after his £75 million move from Southampton, and is rightly considered among the best in the world.

The Dutchman played his 50th Premier League game for the club in Friday night’s 5-0 win over Huddersfield, winning 35, drawing 11 and losing just four of those, conceding 30 goals and contributing to 27 clean sheets.

Two days later, Van Dijk made the trip to the capital to formally be named PFA Player of the Year, beating teammate Sadio Mane to the award.

Raheem Sterling, Bernardo Silva, Eden Hazard and Sergio Aguero were the other nominees, with Mohamed Salah‘s omission despite leading the goalscoring charts highlighting the strength of the field.

Van Dijk is the first defender to pick up the award since John Terry in 2004, with the only other to do so in the Premier League era being Paul McGrath in 1993.

On collecting the award, Van Dijk said: “It’s the highest honour you can get [to be voted by players you play against].

“I love playing for Liverpool, I’m proud to wear the shirt.”

Following Salah’s honour last season, this is the first time Liverpool players have won PFA Player of the Year in consecutive campaigns since Kenny Dalglish and Ian Rush in 1984 and 1985.

Along with his top prize, Van Dijk was also named in the PFA Team of the Year along with Mane, Trent Alexander-Arnold and Andy Robertson.

“For me, my team is the team of the season anyway,” Klopp told reporters on Thursday.

“That’s true because there could have been—from my point of view—four, five, six or seven more players involved because they played an outstanding season in so many moments.

“But of course the players in the Premier League make the decision, so that’s then the most honest competition of the year.”