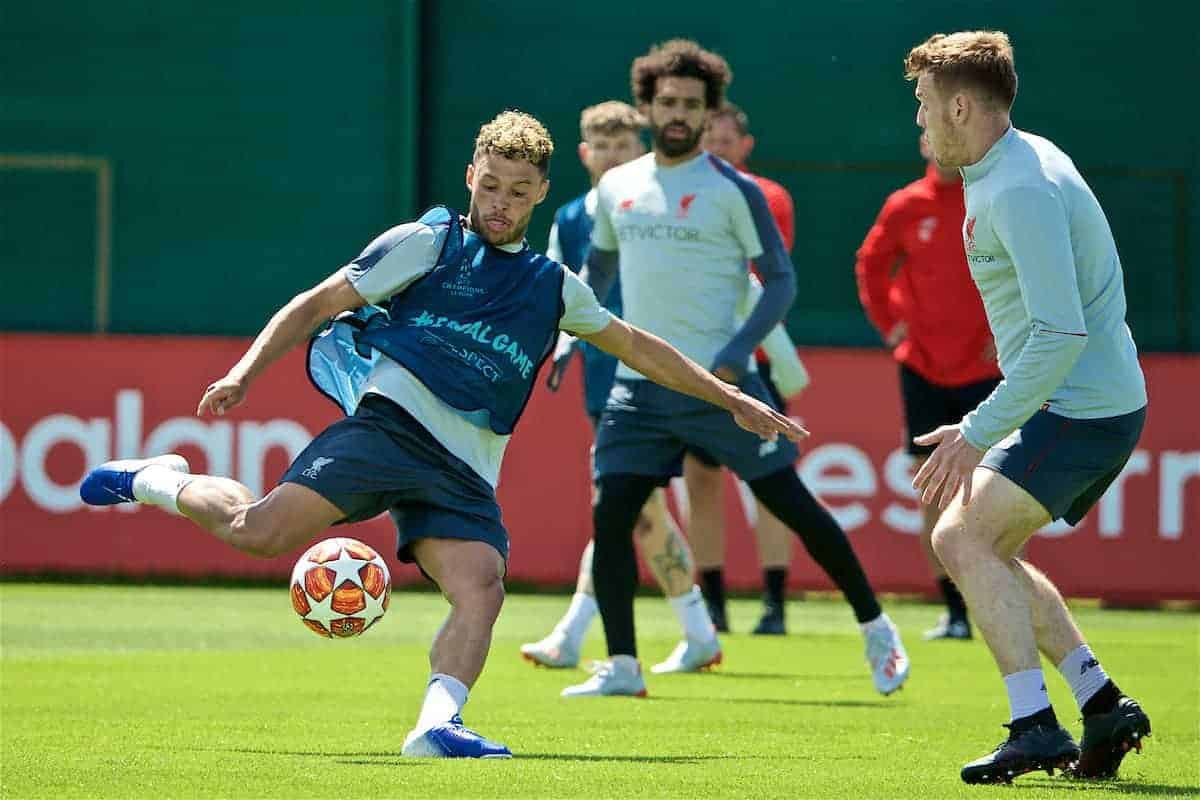 Jurgen Klopp and his staff oversaw an open training session at Melwood on Tuesday, as Liverpool head into the final days before the Champions League final.

The Reds held their UEFA Media Day ahead of their trip to Madrid this weekend, where they will meet Tottenham looking to bring home a sixth European Cup.

After a productive training camp in Marbella and a 3-0 friendly win over Benfica B, Klopp put his players through their paces in front of the media.

And the manager was able to call upon a near fully fit squad, with Naby Keita the only player ruled out for the final at this stage, while Daniel Sturridge and Roberto Firmino trained separately. 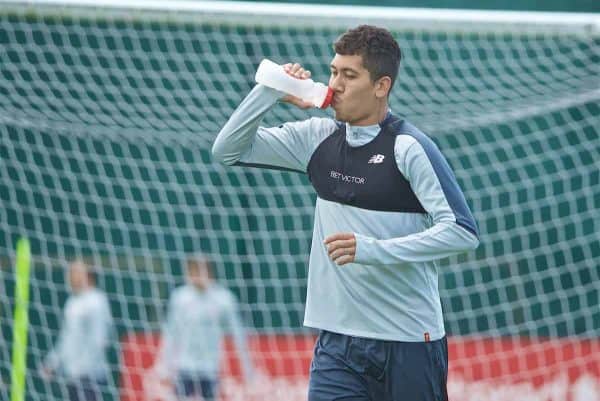 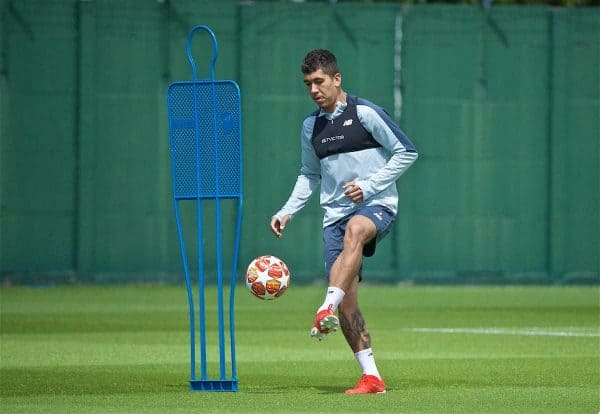 Firmino’s return after four games out is a major positive, with Klopp stressing in his press conference earlier in the day that he “will be fine” for the final. 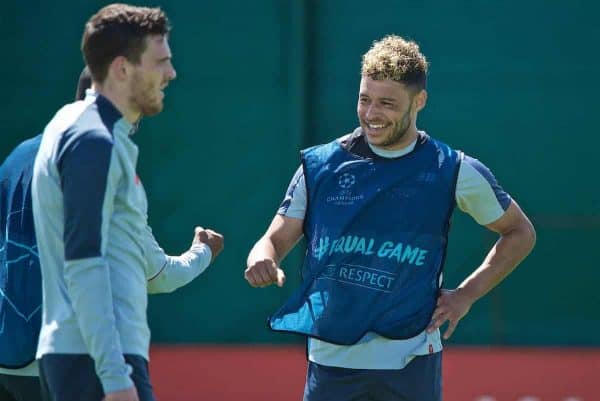 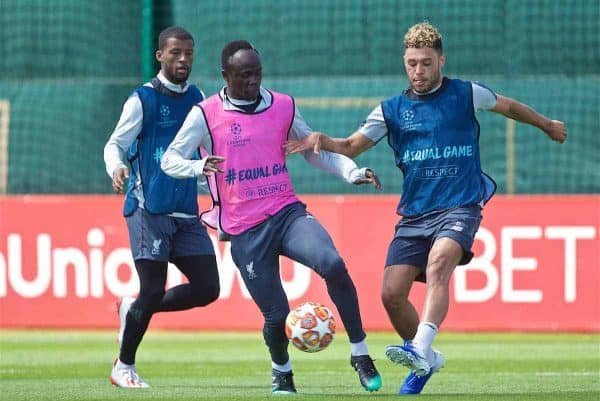 Alex Oxlade-Chamberlain was also part of the training group at Melwood, and is likely to be named on a 12-man substitutes’ bench following a change in UEFA’s rules.

The likes of Vitezslav Jaros, George Johnston, Curtis Jones and Ben Woodburn have been drafted in from the academy, though Rhian Brewster is the most likely youngster to make the squad in Madrid. 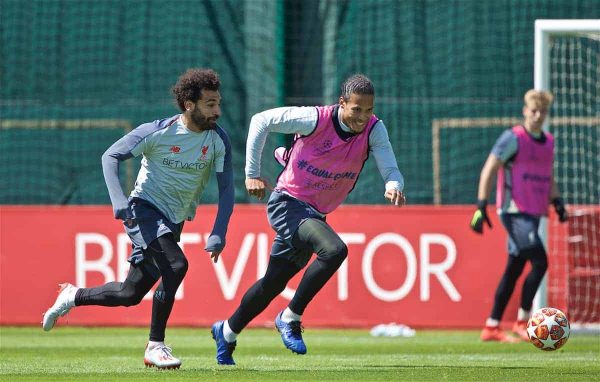 There were plenty of smiles throughout a relaxed squad as they got stuck into ball work, despite one of the biggest games of their careers looming.

The occasion will be hugely significant for Trent Alexander-Arnold, with the Scouser set to become the first player under the age of 21 to start in back-to-back Champions League finals. 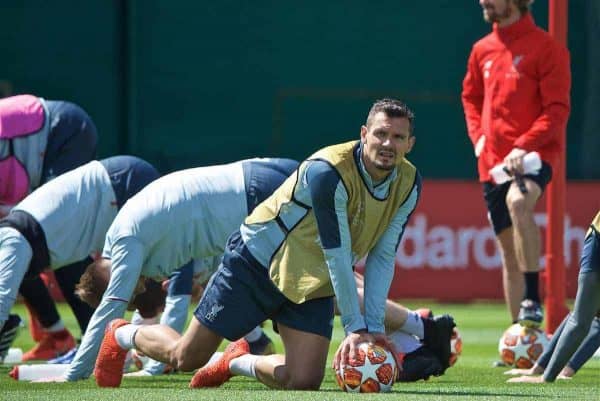 Dejan Lovren is likely to be another named on the substitutes’ bench, with Joel Matip favoured alongside Virgil van Dijk in the second half of the season.

Speaking alongside Gini Wijnaldum at Tuesday’s press conference, Matip insisted the pressure won’t get to him in “the kind of game you always want to play as a kid.” 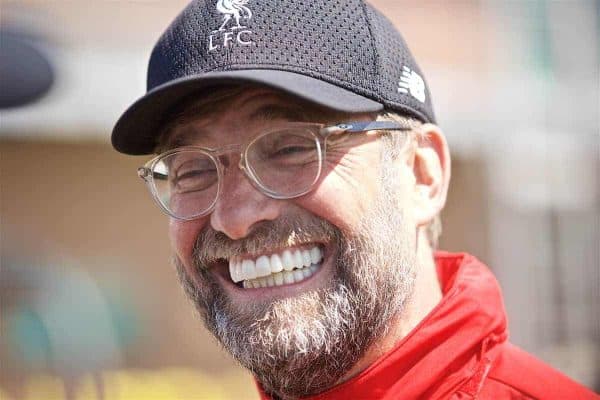 Klopp told reporters that there was a feeling of “pure excitement” throughout the squad as they look to avenge their loss to Real Madrid in last year’s final. 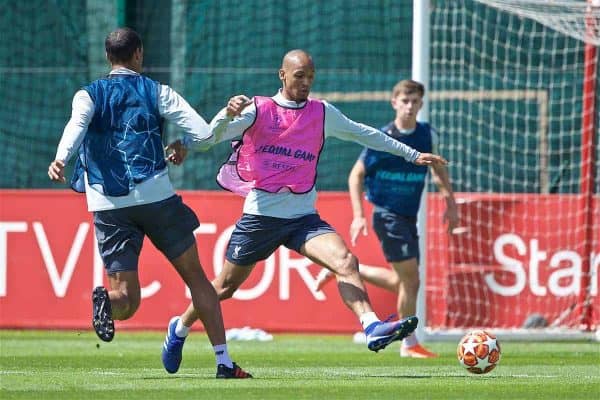 “We are all very excited about having the chance again,” he enthused.

“Last year we played it, and four years ago some of us played another final so we probably have more experience.

“It’s about dealing with the situation, and so far we have controlled our emotions. It’s pure excitement and we are looking forward to it.”