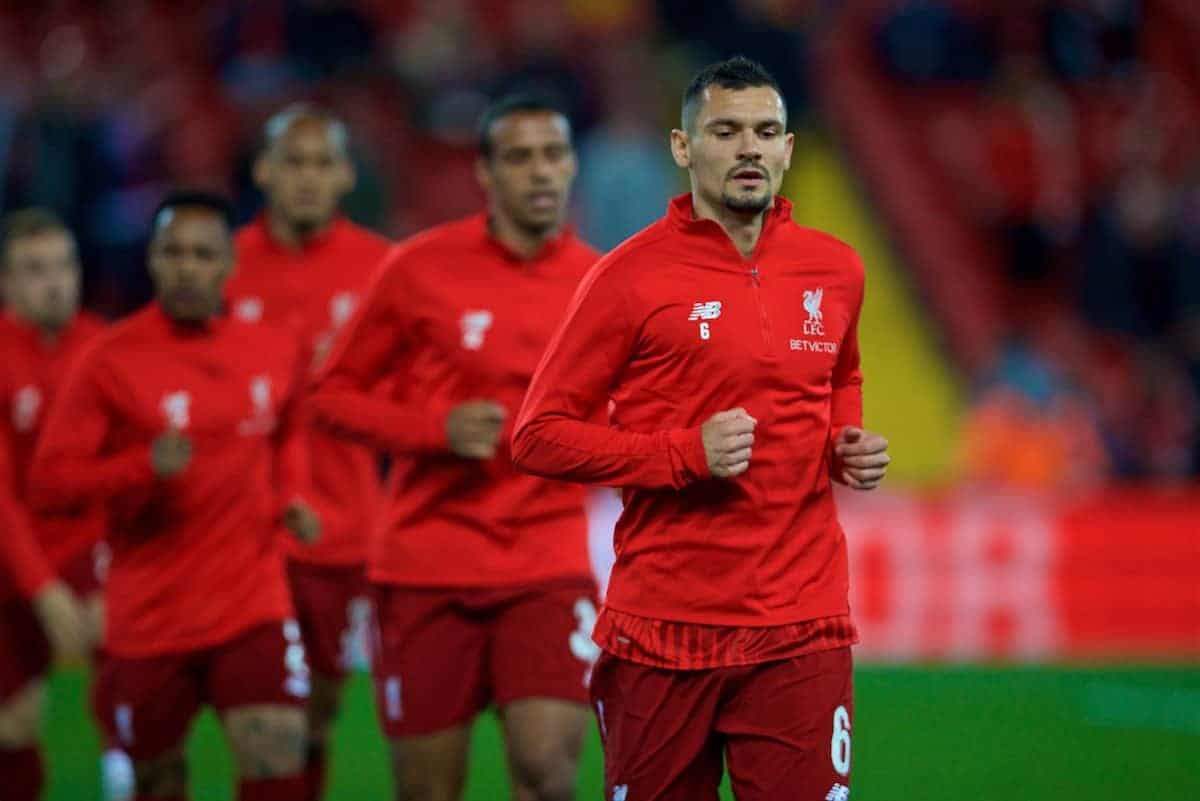 AC Milan are in talks with Dejan Lovren‘s agent, Vlado Lemic, after a development over the weekend increased the chance of a move for the Liverpool defender.

Lovren emerged as a possible target for the Serie A side towards the beginning of June, with the Reds valuing the Croatian at £25 million.

The Telegraph‘s Chris Bascombe reported on Monday morning that the 29-year-old is “mulling over” his future, but would “only be allowed to leave for the right price.”

Whether Milan are willing the meet their price tag remains to be seen, but they could be forced into action with their rumoured priority target now unavailable.

Ozan Kabak joined Schalke from Stuttgart on Sunday, with the Turk signing a five-year deal with the Bundesliga side, ending hopes he could switch to San Siro.

Now, Milannews.it report that the club met with Predrag Mijatovic, an intermediary working for Lemic, on Monday morning.

Lemic also represents Luka Modric, but the midfielder is reportedly not open to a move, which could suggest Lovren is the subject of those talks.

Further to this, Gazzetta dello Sport have described Lovren as “the dream” for Milan, with journalist Nicolo Schira claiming they “insist” on his signing.

A £25 million deal may be difficult to negotiate, with it labelled a “barrier,” and Liverpool are likely to maintain a hardline stance.

Lovren is fourth-choice centre-back at Anfield, however, behind Joel Matip and Joe Gomez in the running for Virgil van Dijk‘s partner.

And with Sepp van den Berg considered an option for the first team following his £1.3 million arrival from PEC Zwolle, now could be the right time for the No. 6 to leave Merseyside.