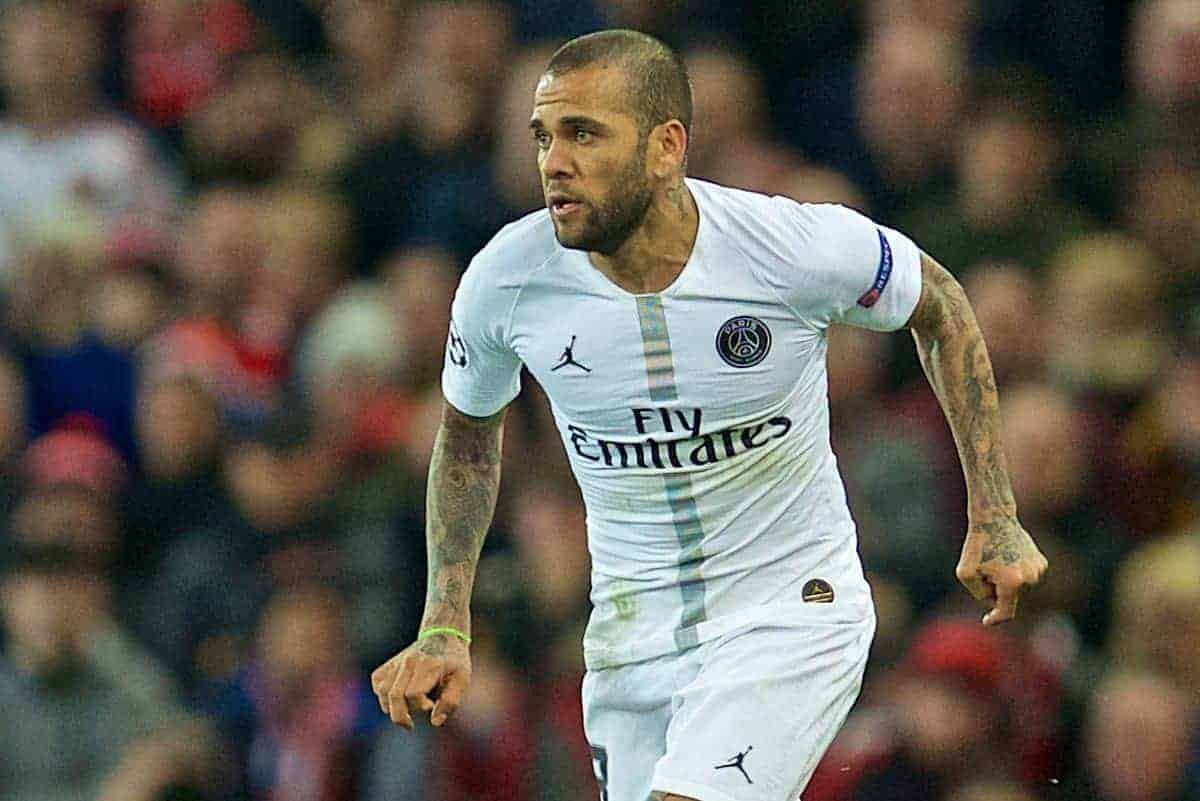 Dani Alves is on the lookout for a new club after leaving Paris Saint-Germain this summer, and the Brazilian right-back has been backed as ideal for Liverpool.

Alves is currently a free agent following the expiry of his deal with the French champions, having scored eight goals and laid on 18 assists in 73 games over two seasons.

The former Barcelona defender is set to start for Brazil in the Copa America final on Sunday night, having played a key role for Tite’s side at the tournament so far.

Upon its conclusion, however, there are no plans for Alves at this stage, though he has been linked with a return to the Nou Camp.

For his old Brazil team-mate Kleberson, though, if he can’t convince the 36-year-old to join Philadelphia Union—where he currently coaches at the academy—Alves would be a perfect addition at Anfield.

“I wanted to get Dani Alves to join me in the MLS. He’s a phenomenal player with amazing quality,” Kleberson said.

“I feel maybe he could fit in well at Liverpool and Klopp would like his style as a player.

“He’s very technical, fast and has an incredible temperament in the big games. He’s a winner.”

Liverpool are arguably short a right-back heading into 2019/20, as though Trent Alexander-Arnold is establish first choice his backups are better elsewhere.

Joe Gomez‘s long-term role is at centre-back, while James Milner is at his best in midfield, and Sepp van den Berg and Ki-Jana Hoever are both untested in the Premier League.

It is difficult to envisage Alves taking up a bit-part role at his next club, as despite his age he remains one of the best full-backs in world football when on form.

But he would certainly be a great signing for the Reds, particularly given, as Kleberson notes, “he’s a winner.”

Alves has won nine league titles with Barcelona, Juventus and PSG, along with the Champions League three times and a considerable number of other trophies in Spain, Italy and France.

This has all come following a failed move to Liverpool in 2006, supposedly due to the club being unable to agree a fee with Sevilla, who valued him at £8 million.