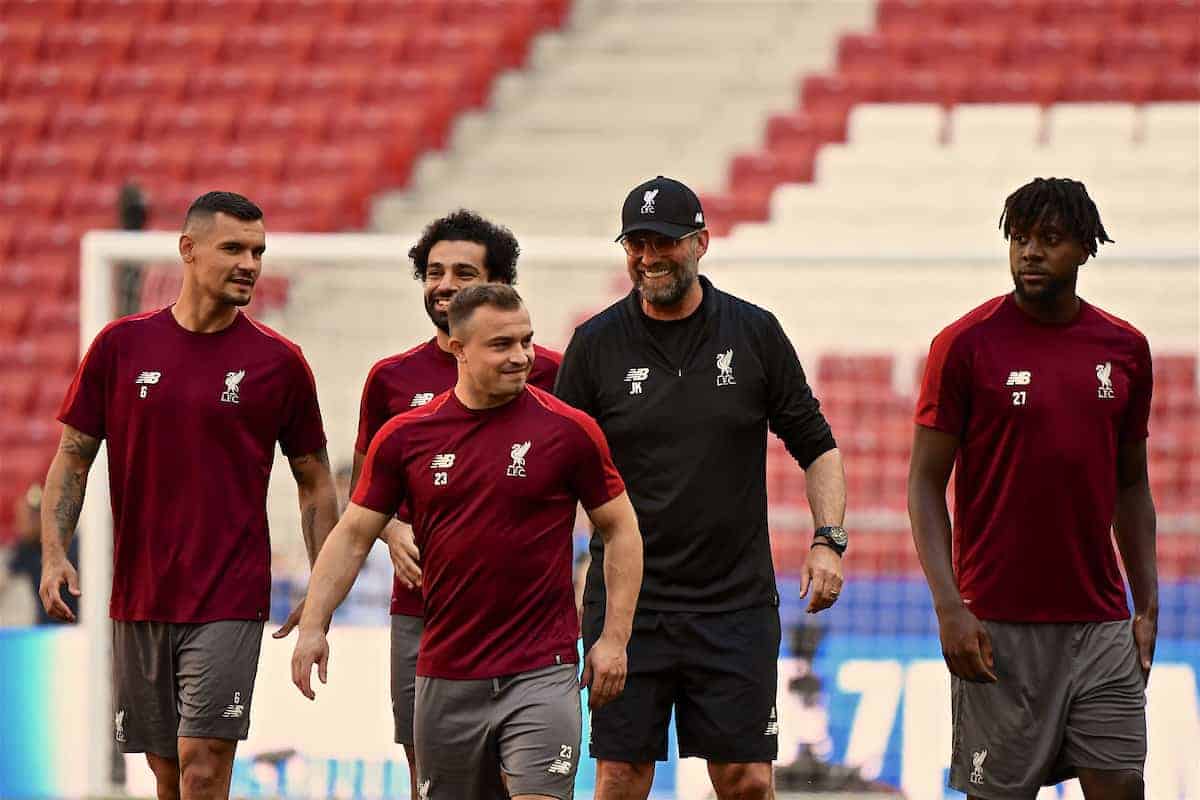 Xherdan Shaqiri and Divock Origi are both back in pre-season training on Monday, three days before Liverpool’s opening summer friendly at Tranmere Rovers.

The Reds are back in action imminently as they kick off a busy schedule in preparation for the 2019/20 campaign.

After the trip to Prenton Park on Thursday, Liverpool take on Bradford City in a charity clash in aid of the Stephen Darby Foundation, before heading on tour to the United States.

Jurgen Klopp oversaw two days of training with a mixed group over the weekend, with his internationals returning later following their summer break.

Two of those are Shaqiri and Origi, and they will be the first to report back as they join their team-mates at Melwood on Monday morning.

They will, however, not be part of ball work like the rest of the squad, as they are required to undergo fitness checks prior to joining the action outside. 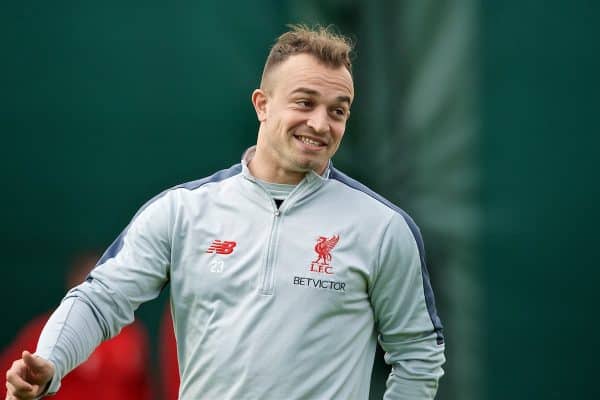 Shaqiri is set for an assessment on a calf injury picked up on Switzerland duty, but Origi is believed to be fully fit after spending the off-season working in Los Angeles.

Origi’s availability for the meeting with Tranmere is a big boost, with Liverpool currently short of attacking options beyond Rhian Brewster, Ryan Kent and Harry Wilson.

Interestingly though, the striker’s compatriot Simon Mignolet is not due back on the same day, as Klopp remains lacking in goalkeepers.

Caoimhin Kelleher has had surgery on his wrist, while both Mignolet and Kamil Grabara are still on holiday, Loris Karius is on loan and Alisson will embark on a three-week break after the Copa America final.

This has led Klopp to draft in 17-year-old stopper Vitezslav Jaros, who was part of training on Sunday having been called up from the academy ranks.

Jaros was first choice for the under-18s and under-19s last season, making 28 appearances in all competitions and keeping 10 clean sheets, showcasing his strong potential.

The Czech made his first appearance in first-team training back in January, and has joined the squad on a number of occasions since.

While Mignolet should be back to take on Tranmere, it is likely Jaros will be considered for that friendly, while Kai McKenzie-Lyle and Dan Atherton are also backup options.