The Reds are back in action just under six weeks on from the Champions League final, swapping the Wanda Metropolitano for Prenton Park as they begin pre-season.

With the Africa Cup of Nations, Copa America, Under-21 Euros and international qualifiers all coming between that victory in Madrid and the trip to Birkenhead, many of Klopp’s key players are absent.

In fact, only seven players aged 25 or over have been back at Melwood in the first days of training, with the average age of the squad put through their paces just 21.7.

Ten of those are yet to feature for the first team in any capacity, not even in a friendly, including summer signings Jakub Ojrzynski and Sepp van den Berg.

And with the likelihood being that Klopp fields a different lineup in either half, with 11 changes at half-time and further substitutions made, all are likely to ‘debut’.

So who could make up the Reds’ two XIs in their opening warmup friendly? 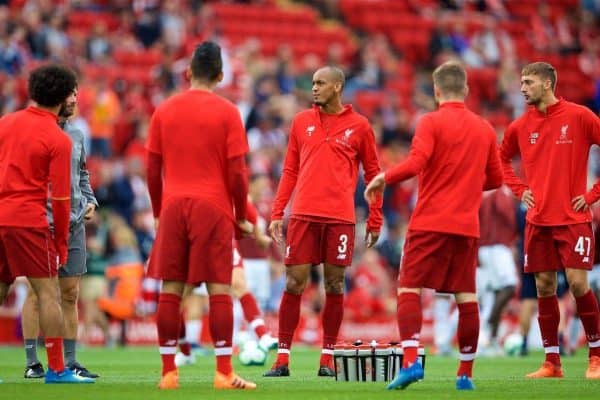 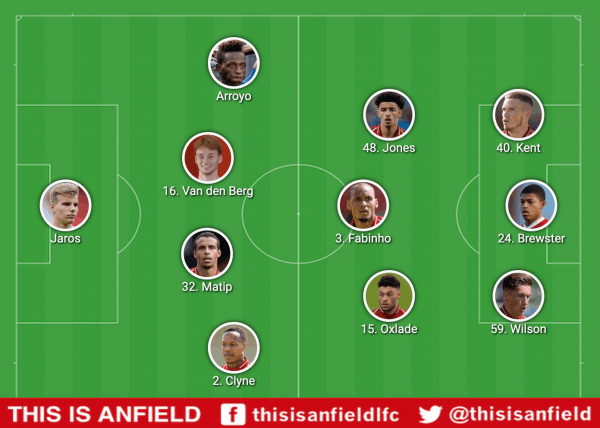 Despite a newly promoted Tranmere providing a tough test, Klopp can afford to field a mix of youth and experience for this pre-season curtain-raiser.

The manager did as much in last summer’s opener at Chester, with no ‘A’ and ‘B’ teams as fitness is the key priority in the first weeks.

With this in mind, Nathaniel Clyne and Joel Matip could be called upon to join the youthful duo of Van den Berg and Anderson Arroyo—currently training with the Reds despite not qualifying for a work permit—in a back four.

They can do so ahead of Vitezslav Jaros who, at 17, is actually the eldest of the two goalkeepers training in the buildup.

In midfield, Fabinho should start in the No. 6 role flanked by Alex Oxlade-Chamberlain, now back to fitness, and Curtis Jones, who is vying for a place in Klopp’s plans on a more regular basis in 2019/20.

Returning loanees Harry Wilson and Ryan Kent will both be eager to impress, and fielding them on either side of the debuting Rhian Brewster would form an exciting trio. 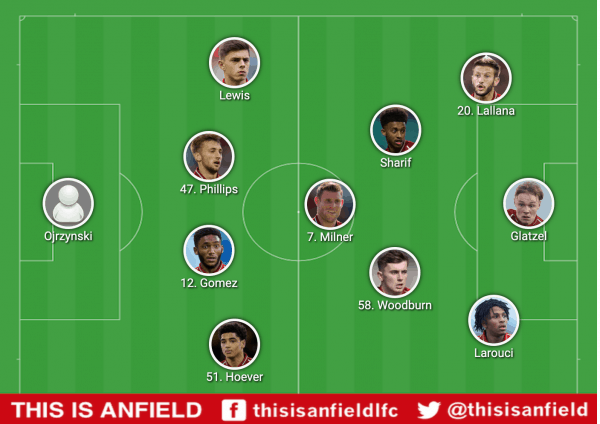 All change at half-time could lend a similar feel to the side for the second half, albeit with five of the nine proposed ‘debutants’.

One of those would come, again, between the sticks, with summer signing Jakub Ojrzynski joining Jaros in training and likely to be considered as Alisson, Simon Mignolet and Kamil Grabara enjoy extended breaks.

Ki-Jana Hoever‘s best route into the first-team squad at this stage comes at right-back, and he could start alongside the pairing of Joe Gomez and Nat Phillips, who took to the field together at Chester for the opening game of last pre-season.

At left-back, Adam Lewis can stake his claim for the role of Andy Robertson‘s deputy for the campaign ahead.

In the absence of another established defensive midfielder, James Milner could slot into the role, with his experience providing Abdi Sharif and Ben Woodburn with assurance in a trio.

Similarly in attack, Adam Lallana could provide the nous on the right while Yasser Larouci operates further forward than his regular left-back berth and Paul Glatzel starts up front.

Klopp can still field two different XIs and call upon at least five substitutes, with Dejan Lovren and Divock Origi both returning to training later than the rest of the squad, but likely with enough time to feature.

They are unlikely to be risked for a lengthy period, but could get a runout for the final quarter-hour.

George Johnston and Ovie Ejaria can provide backup at centre-back and central midfield respectively, with neither likely to be in Klopp’s long-term plans.

And perhaps unfortunate to miss out if Glatzel is preferred up front, Bobby Duncan could make his own ‘debut’ from the bench.

Perhaps most interesting is the opportunity for youngsters such as Lewis, Hoever and Jones to catch Klopp’s eye ahead of 2019/20, as there is every chance they are considered for the season proper.