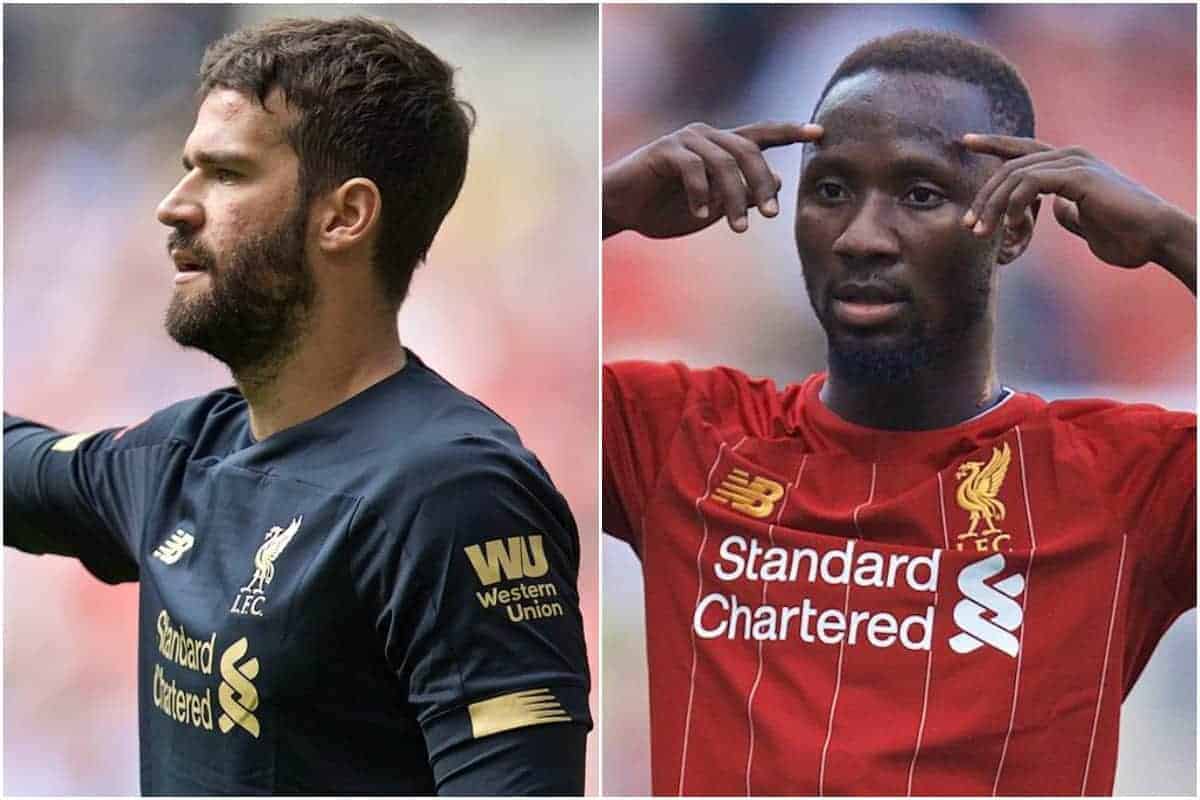 Jurgen Klopp is hoping Alisson‘s recovery will “go quick” now he is able to walk unaided, but both the Brazilian and Naby Keita remain longer-term absentees.

The big-money signings from last summer are the Reds’ most pressing injury concerns in the first weeks of the new campaign.

Alisson, sidelined since the opening day of the Premier League, is suffering with a calf injury, while Keita limped off during an open training session ahead of the UEFA Super Cup win over Chelsea due to a muscle problem.

Neither are expected until at least after the September international break, with Klopp discussing the pair in his pre-Arsenal press conference on Friday.

“[He is] not that close. Nobody told me that I have to consider him for tomorrow,” the manager said of Alisson.

“I had lunch with him today, so at least he can eat! He looks good, in a good shape, good mood, but it will take time.

“I don’t know exactly [when he will be back], no date in my mind, nobody told me a date.

“We don’t ask, only give him the time he needs.

“The crutches are not there any more, he walks normally, trains different to how he could a week ago.”

Little has been divulged regarding the severity of Keita’s injury, but the obvious fears are that it is a recurrence of the adductor problem that ruled him out of the Champions League final and the Africa Cup of Nations.

Earlier in the press conference Klopp had hinted that it was a long-term issue, but later explained that it his comeback will be closer to “a couple of weeks.”

“Unfortunately [he won’t be back for Saturday],” he said.

“In the long-term it doesn’t mean six months, it means a couple of weeks.

“So no real news. He’s still doing well, but not close enough for this weekend.”