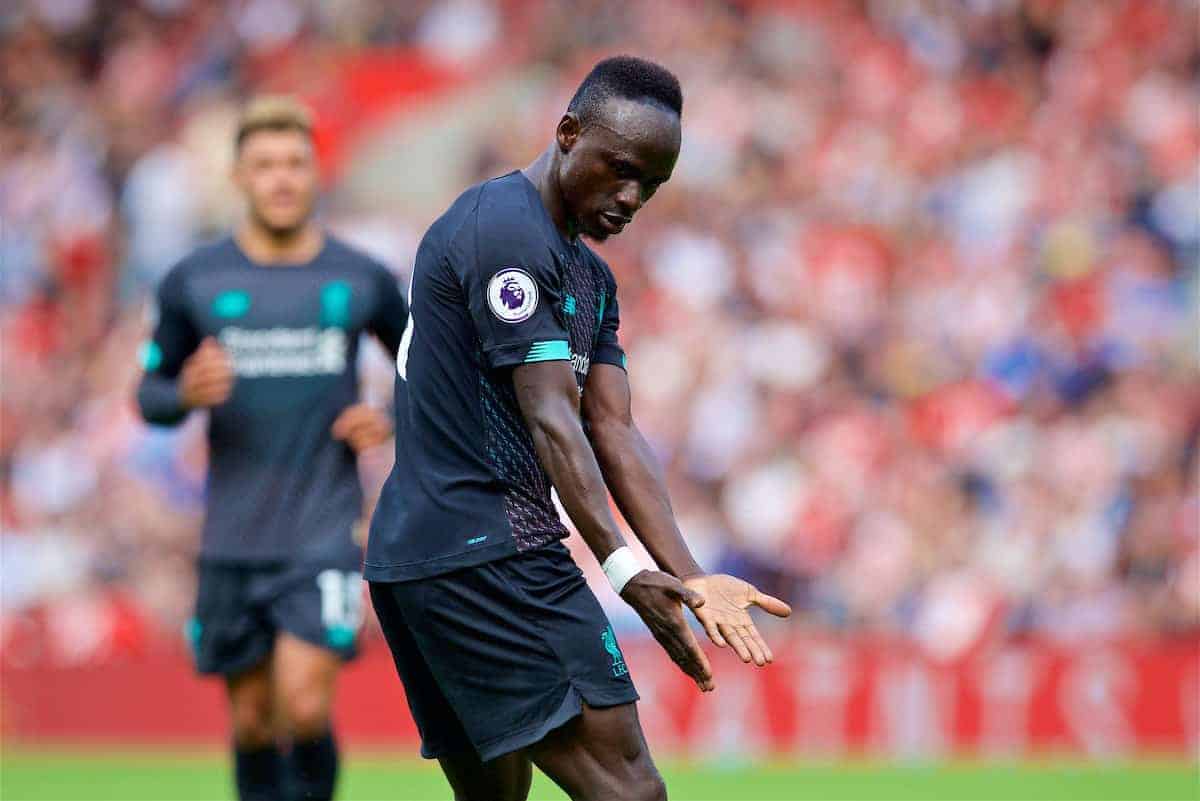 The Liverpool squad welcome the positive end to a “tough but very rewarding week” after emerging as 2-1 victors at Southampton on Saturday.

The Reds arrived at St Mary’s on the back of two games in quick succession, but they were not given any sympathy from their hosts who shot out of the blocks.

Jurgen Klopp’s men struggled to find their rhythm for much of the opening half before Sadio Mane injected a rare moment of quality to send Liverpool into the break with the lead.

Bar an Adrian blunder which handed Danny Ings a goal late in the game, the Reds were the dominant side in the second 45, with Roberto Firmino’s effort ensuring all three points made their way back to Anfield.

Mane’s opener was his third goal in two games and while he credited his hard work and desire to simply help his team for his current form when speaking to LFCTV, ultimately ensuring the Reds win was all that mattered. 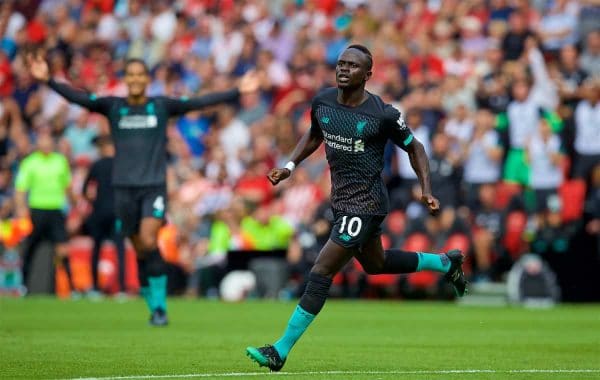 Moreover, Liverpool’s No. 10 was also quick to praise his side’s mentality after a taxing week which saw the team play three games in eight days:

“I’m scoring goals for the team but at the end of the day the most important thing is the three points.

“To be honest there’s nothing to complain about, we know its part of our job and after last Wednesday we played 120 minutes—which is not too easy—but we have to do it and try to recover well and to come back stronger and do everything to win games.

“I’ve always said it, which I still believe, is that tiredness is [in the head] and today everyone showed the mentality which is very important—and that it’s all in [the head].”

The Reds’ mentality and “brilliant character” was also lauded by Alex Oxlade-Chamberlain—who made his first league start since April 2018 on the south coast. 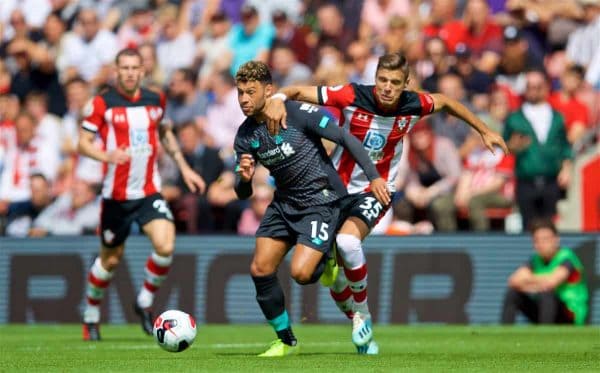 He said the team were quick to ensure there was to be “no excuses” following their Super Cup triumph:

“We knew it was going to be a tough ask but we said straight after the game [in midweek] there were no excuses about playing 120 minutes for some of the lads or travel.

“The fixtures are there and you’ve got to go and win them. We didn’t want to come off the pitch with any excuses as to why we didn’t get the right result.

“The boys had to dig in deep, it was brilliant character from us. That’s what this team is made of and we’re going to have to keep doing that.”

Following the game, Jordan Henderson, Virgil van Dijk and Roberto Firmino took to social media to share their joy at securing an “important three points” while also commending the performance of their team-mates:

Meanwhile, Adrian and Andy Robertson looked to thank the Liverpool faithful for their “great support” and James Milner was full of praise for an “on fire” Mane:

Finished a busy week with a title ? and another 3 points ??? Thanks you all for your great support…The best is always to come!! #YNWA #LiverpoolFC #AlwaysLookingForward

Big result at a tough place! Away fans ? thank you ? #YNWA

And it was a “great way to finish a tough but rewarding week” for Gini Wijnaldum and Trent Alexander-Arnold:

Yes! ?? Secured 3 points on the road in a tricky match. Great way to finish a tough but very rewarding week ?? #SOULIV

A trophy and a league win. Good week. #YNWA

After a hectic first week of competitive action, the Reds will now take the time to recover before turning their attention to Arsenal’s visit to Anfield next Saturday.