Liverpool youngster Bobby Duncan has been linked with a move abroad this summer but the Reds are intent on keeping him with an eye to the future.

Recent rumours had suggested that Fiorentina, in particular, were keen on signing him before the European transfer window shuts.

A loan to buy option was rumoured to be on the cards, but the Liverpool Echo have shut down that possibility, reporting that no talks have taken place since the weekend, when the Reds outright rejected La Viola’s offer.

While the initial move would have been a loan, a reported measly €1.8 million (£1.6m) fee to seal the switch a year from now would never have tempted the Reds into selling.

Regardless of the fee, though, the report says Liverpool have no intention of selling Duncan and the striker has a long-term future at the club. 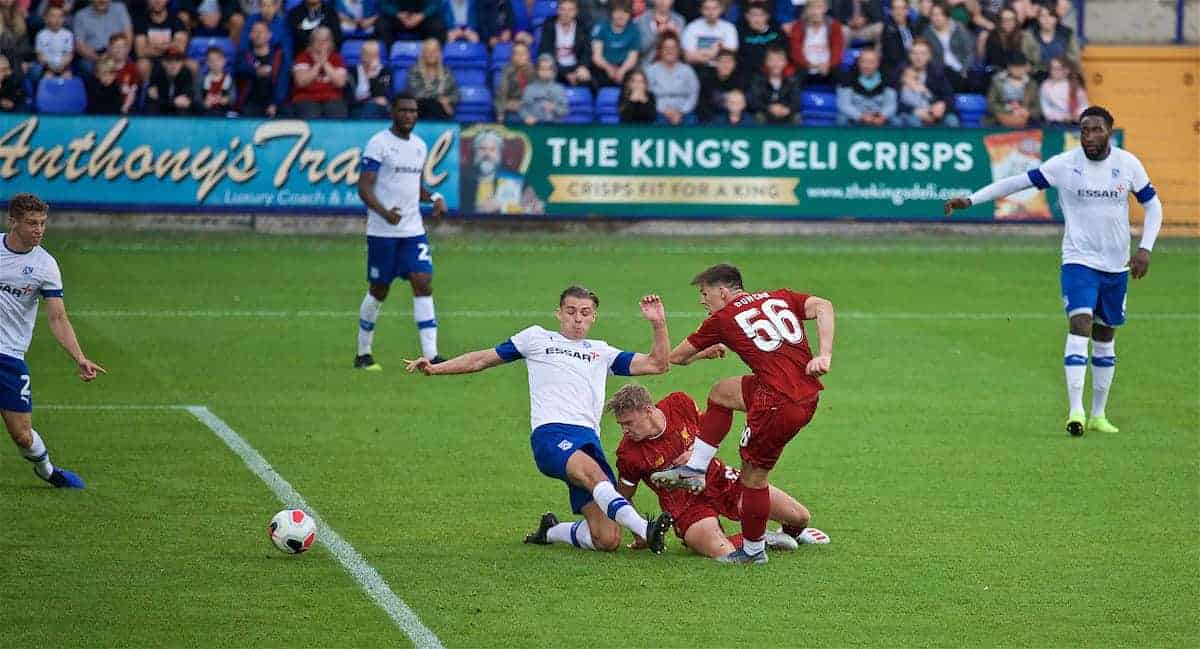 After scoring for the first team in pre-season against Tranmere, he made several appearances for Jurgen Klopp over the summer, before returning to the U23s at the start of this season.

He was not, however, involved in the 4-2 win over Southampton recently.

Danish side FC Nordsjaelland also made an approach to loan Duncan earlier in the summer, which was also rejected.

The 18-year-old is expected to be a key figure for the U23s this season after shining for the U18s last term, alongside Paul Glatzel in the attack.

After Klopp’s first-choice front three, Divock Origi is the only other attacker to see game time this term so far.

Rhian Brewster has not yet featured, with Duncan and other young forwards likely next in line after the highly rated attacker, all pushing for their first taste of senior football.