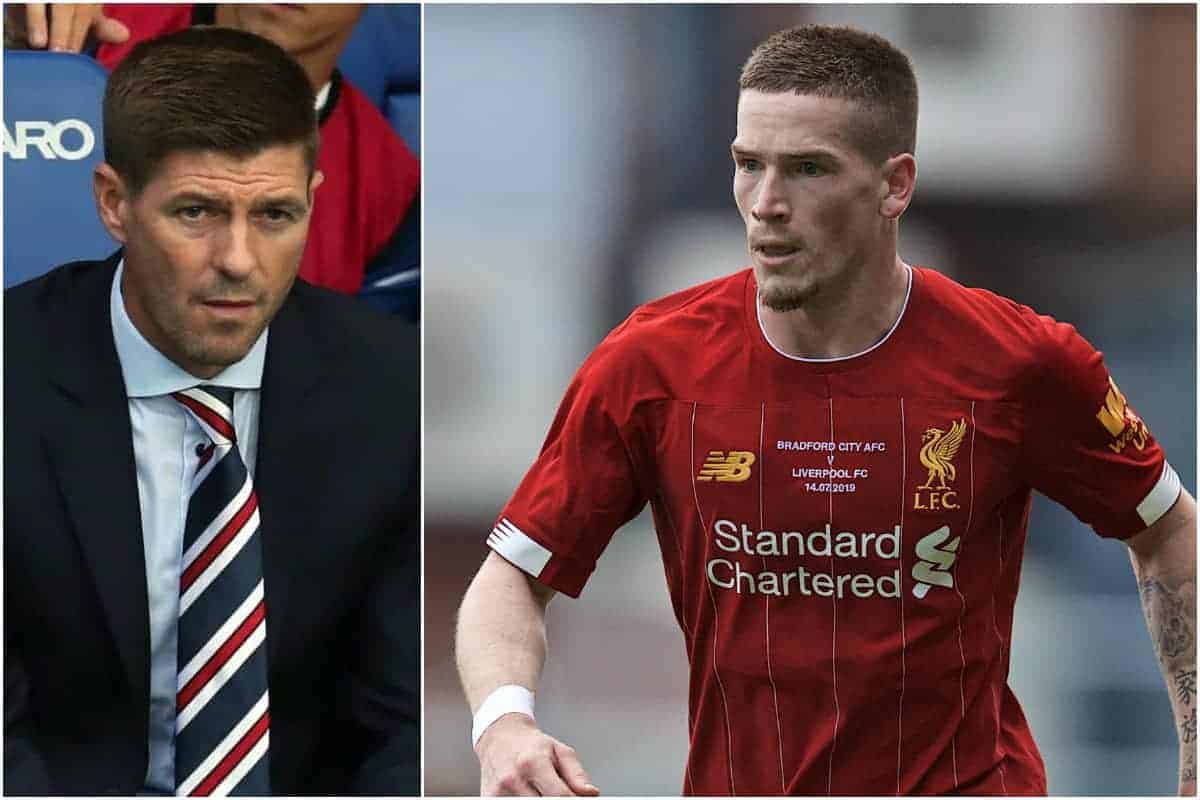 Steven Gerrard admits Rangers have no choice but to move on after Jurgen Klopp priced Ryan Kent out of an Ibrox return.

But the Light Blues manager insists Alfredo Morelos remains part of his squad despite being linked with a move to China.

Gerrard was desperate to lure winger Kent back to Glasgow after his impressive loan stint last season.

But Liverpool boss Klopp has left the former Anfield skipper disappointed by insisting £10 million-rated Kent will only leave on a permanent deal this summer—with the finances involved likely to be beyond Gers’ reach.

“I haven’t asked that question [to the board] but I think the answer would probably be yes,” said Gerrard as he admitted the figures required to sign Kent would be too rich for his side.

“Jurgen has come out and given the answer that will come out of my mouth anyway. It has been addressed and we move on.

“The end of it? Where we are right now, yes. We respect Liverpool’s stance and we thank them very much for allowing us to work with Ryan for a year.

“We have obviously got a Liverpool player at the moment in Sheyi Ojo who has started very well. I had a good conversation on the phone with Jurgen a few days ago and we totally respect Liverpool’s position on it.

“It is possible we still might get one more player in, but there is no rush. The squad is in a decent place so we will go with what we have at the moment.

“If something was to come up that makes us better and we think it will make us better then we will take it to the board and the answer will be with them.”