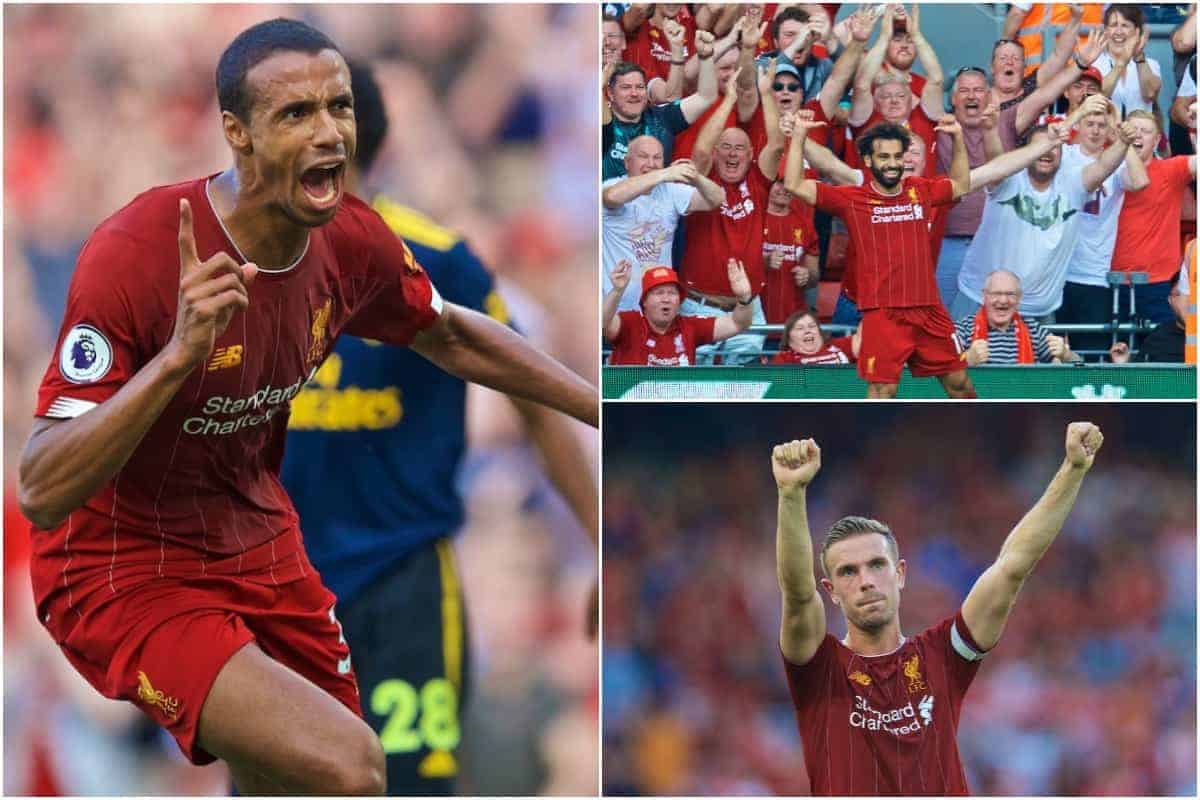 Liverpool were outstanding in their 3-1 win over Arsenal on Saturday, as Jurgen Klopp‘s men retained their 100 percent start in the Premier League..

The Reds hosted the Gunners at Anfield in the weekend’s standout top-flight fixture.

The home crowd were in wonderful voice before kick-off, producing a particularly impressive rendition of You’ll Never Walk Alone. 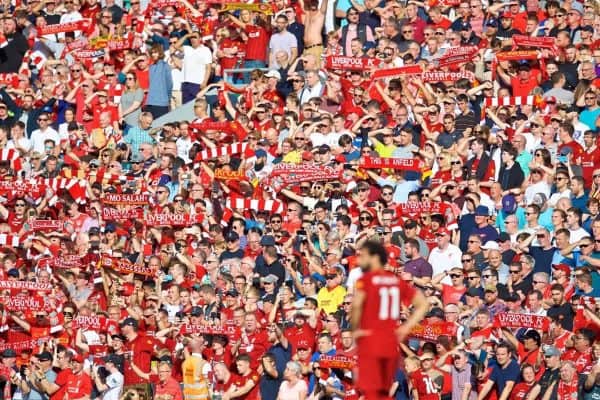 During a one-sided first half, Joel Matip gave Liverpool the lead with a bullet header in front of the Kop, celebrating his first goal since last September.

It’s two goals already this season for the centre-back, who managed just one in each of his three previous seasons at Anfield.

Trent Alexander-Arnold‘s final ball wasn’t always at its usual high level, but his endless runs forward were still a nightmare for Arsenal‘s players. 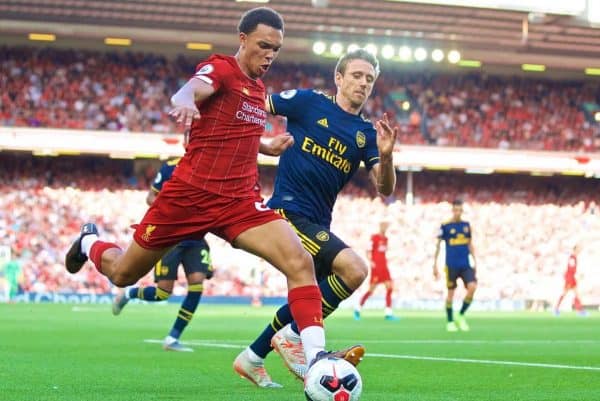 After a trademark lapse in concentration from David Luiz, fouling Mohamed Salah inside the penalty area, the Egyptian fired home the subsequent spot-kick.

It was a comfortable and composed penalty from the Reds’ No.11, into the top corner. 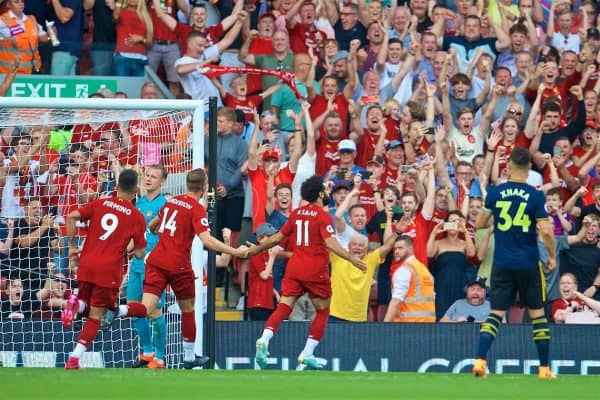 It was soon 3-0, as Salah embarrassed Luiz before finishing superbly, wheeling away in delight after finding the net. 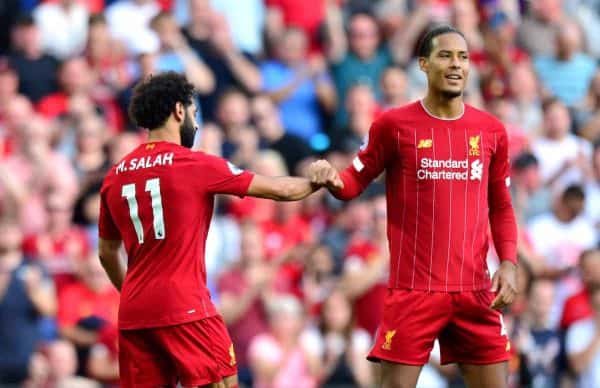 Jordan Henderson and midfield colleagues Fabinho and Gini Wijnaldum produced relentless performances, with the skipper saluting the crowd during the second half.

Lucas Torreira may have scored a late consolation, but Unai Emery knew his side had been comprehensively outplayed as he shook hands with Klopp. 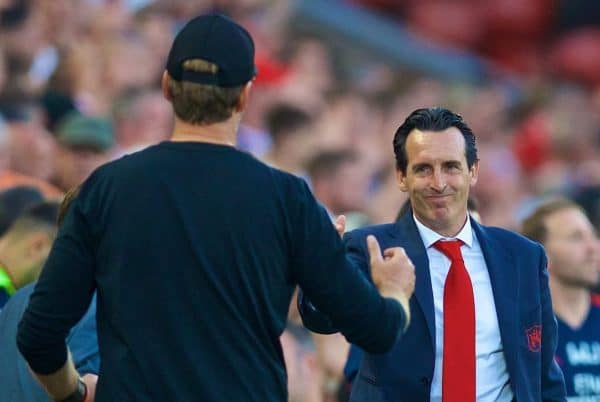 Next up for Liverpool is a trip to Burnley at the same time next Saturday, with victory at Turf Moor making it Liveprool’s longest winning league run (13) in their history.