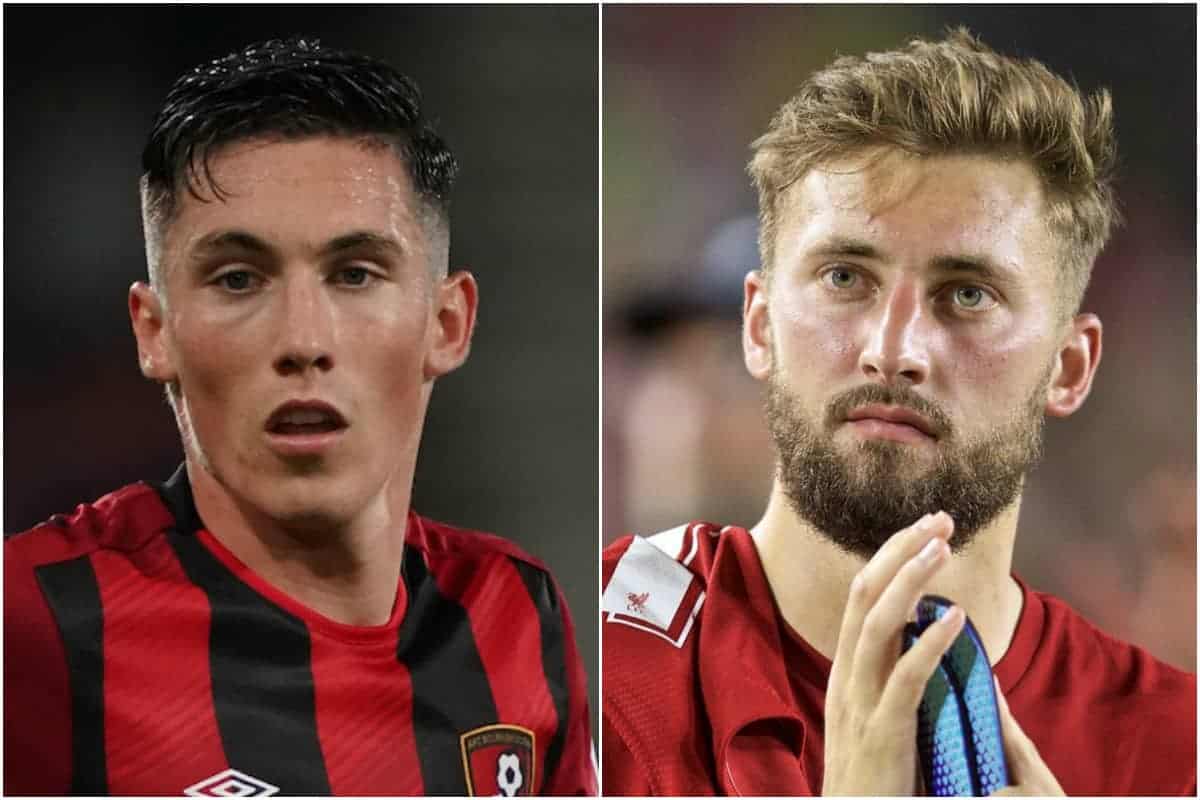 Harry Wilson will aim to put a muted spell behind him in front of the cameras this weekend, while Nathaniel Phillips can hope to reclaim his place for Stuttgart.

Wilson began his loan move to Bournemouth in strong form, with goals against Aston Villa and Man City in the first two appearances, but his output has dipped since.

The Wales winger was withdrawn in back-to-back fixtures against Leicester and Everton, and is yet to complete a full 90 minutes for Eddie Howe’s side, with the suggestion being it has been too much, too soon for Wilson.

It remains to be seen whether he will start as the Cherries head to Southampton for an 8pm kickoff on Friday night, but his objective will be to make his mark regardless.

Bournemouth are level on points with the Saints heading into the weekend, both tallying seven from five games to sit ninth and 10th respectively, and it could prove to be a highly watchable mid-table clash.

Over in Germany, Phillips lost his place in the Stuttgart defence last Saturday following the return of Marc-Oliver Kempf from injury.

The 22-year-old had made consecutive starts in the 0-0 draw with Erzgebirge Aue and the 2-1 victory over Bochum, but was relegated to the role of unused substitute in the 3-2 win at Jahn Regensburg last time out.

Kempf was named Stuttgart captain in July, and it will be a tough task for Phillips to dislodge the former Germany youth international as partner to Holger Badstuber.

Stuttgart host Furth in an early top-four clash on Saturday, and it could be that Liverpool’s No. 47 is left to watch on again.

In the Midlands, Rhys Williams should make his 10th start for Kidderminster Harriers as he continues his key role under Mark Yates, this time coming in the FA Cup.

Williams has only missed two games for the National League side so far this season due to his call-up to the England under-19s squad this month, with this an invaluable loan for the 18-year-old centre-back.

Kidderminster can be considered favourites in their second qualifying clash with seventh-tier side Stafford Rangers, and experience of another cup competition will be vital for Williams’ progress.

Elsewhere, Liam Millar will be looking to follow up on his first goal back at Kilmarnock last weekend as they travel to Celtic, while Taiwo Awoniyi‘s quest for a work permit continues as Mainz head to Schalke.

Kamil Grabara is still looking for his first clean sheet for Huddersfield as they head to West Brom on Sunday.