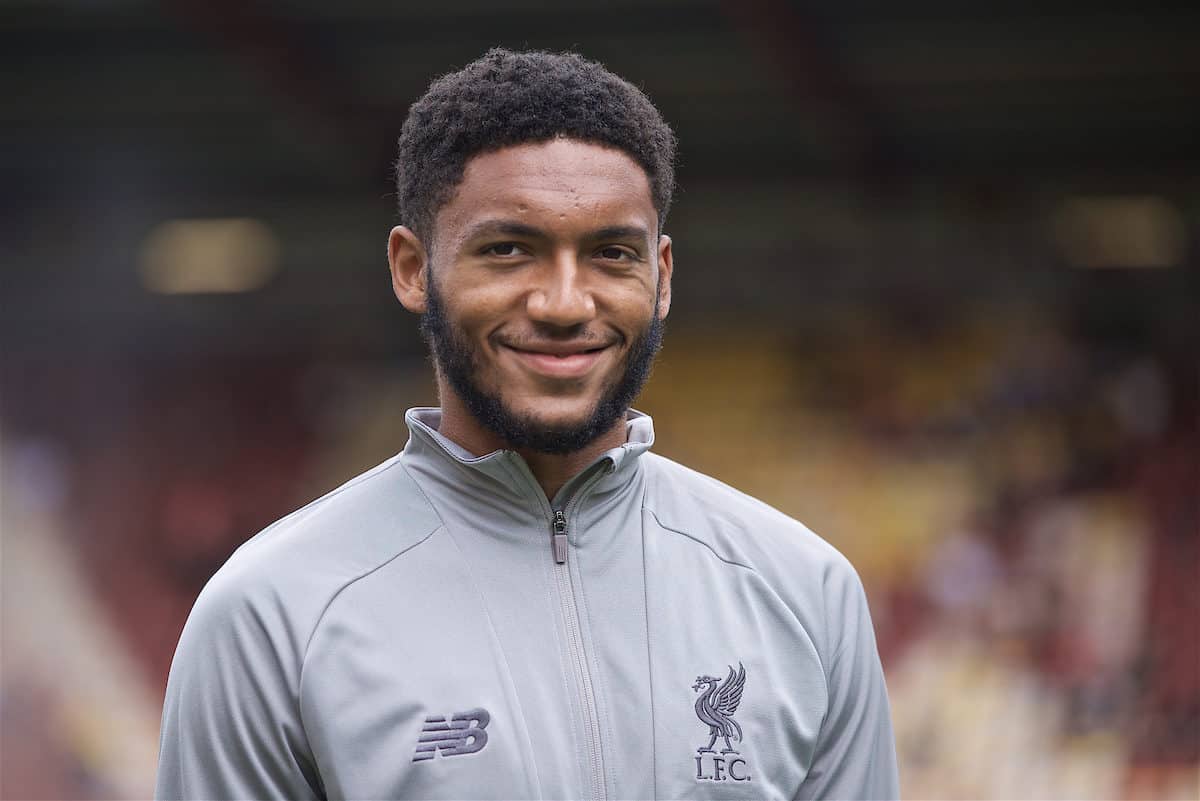 Joe Gomez has proved his surprise ability on free-kicks as he joined Xherdan Shaqiri, Trent Alexander-Arnold and Roberto Firmino in a set-piece challenge.

Liverpool already have an outstanding free-kick taker lurking in their ranks in Virgil van Dijk.

The Dutchman rarely even stands over set-pieces, but on previous evidence—most notably with Celtic—he is able to strike them sweeter than dead-ball regulars Trent and Mohamed Salah.

Jurgen Klopp‘s side haven’t scored directly from a free-kick since Trent netted from distance in the 3-0 win at Watford in November—his second for the club.

With Harry Wilson departing on loan to join Bournemouth, and Shaqiri rarely starting since his arrival from Stoke last summer, Klopp has kept faith with his established takers.

But in a video released to promote FIFA 20, Gomez made a convincing case to come into contention for the future:

Joined by Shaqiri, Trent and Firmino at Melwood, the 22-year-old stepped up first and, confidently, put all five of his efforts in the back of the net, finding each corner before curling it into the centre.

As Trent points out, the pressures are different in game situations, but Gomez’s technique is certainly impressive.

No other player scored more than two, with Shaqiri’s left-footed attempts highlighting why he is such a danger from free-kicks—as he proved in the 3-0 win over Southampton last season.

Both Trent and Firmino managed just one apiece, but Van Dijk stepped up to join the group for two tries: one hitting the crossbar and the other finding the top-left corner.

It would be unconventional to have two centre-backs as assigned free-kick takers, especially as they are often better utilised as targets in the box.

But perhaps Klopp should consider it with Van Dijk and Gomez!