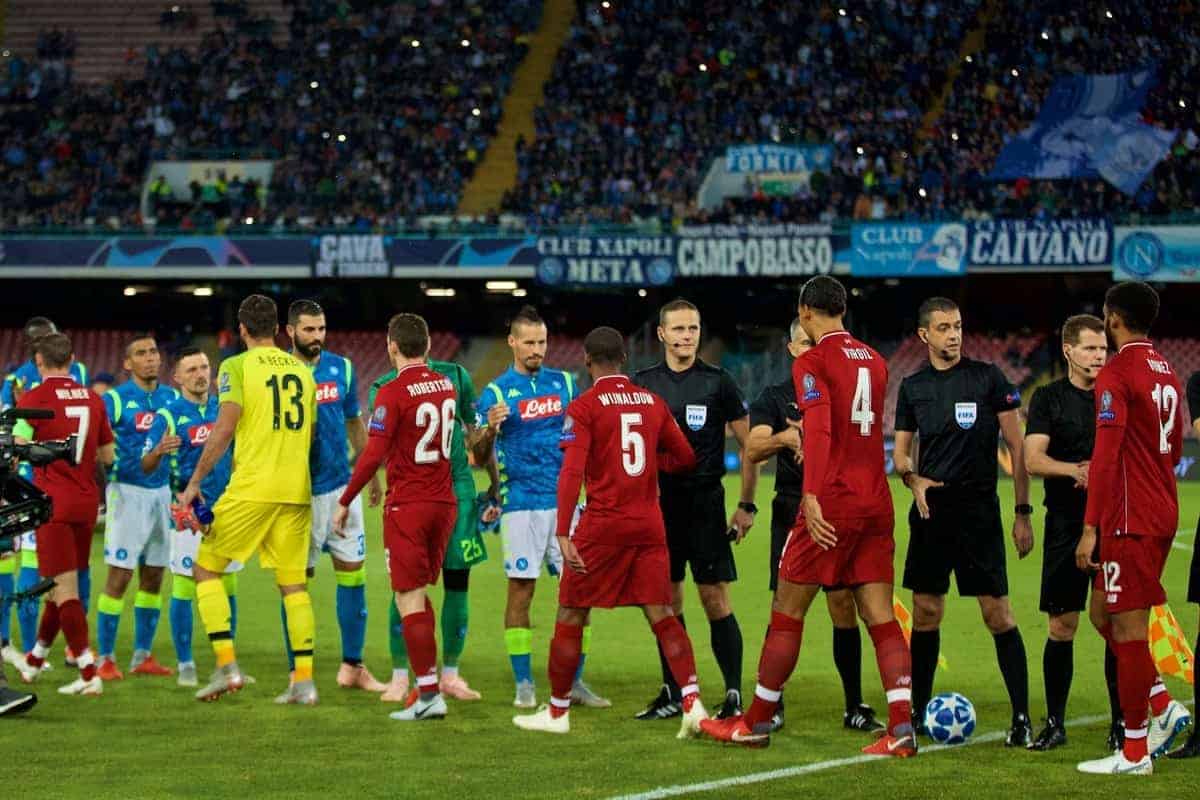 A week after UEFA introduced a new away ticket price cap for the Champions League, Napoli have demonstrated its flaws by increasing charges for Liverpool.

The Reds were drawn against Carlo Ancelotti’s side for the second successive group stage, and will meet in Naples on September 17 to kick off Group E.

It will be Liverpool’s first game back in the Champions League since lifting the European Cup in Madrid in June, and will be a must-watch clash as Jurgen Klopp looks to inspire a successful defence in 2019/20.

This is also the Reds’ first continental fixture since UEFA announced a price cap for away tickets in both the Champions League and the Europa League, at €70 and €45 respectively.

And perhaps unsurprisingly, Napoli have already showcased the approach sides will take with this, increasing prices for Liverpool fans by €10 from last year.

The Serie A side are charging the full €70 (£63), with supporters union Spirit of Shankly expressing their “outrage” on Twitter on Friday:

We are outraged that Napoli are charging LFC fans €70 – the maximum allowed under @UEFA price cap – a €10 increase on last season.

This is abuse & misuse of the rule – it is a ceiling not a floor. It seems clubs are continuing to take advantage of travelling fans.@FansEurope

“We are outraged that Napoli are charging LFC fans €70—the maximum allowed under the UEFA price cap—a €10 increase on last season,” a statement read.

“This is abuse and misuse of the rule—it is a ceiling not a floor. It seems clubs are continuing to take advantage of travelling fans.”

This was always to be expected given the cynical, avarice nature of modern football, and is likely to continue throughout the competition—particularly when it comes to Liverpool.

In describing this as a price cap, UEFA have effectively set an ‘acceptable’ base rate for top-level fixtures in the Champions League, which will continue to exploit those following their club around Europe.

It remains to be seen whether the club will aim to subsidise fans as it did in response to Barcelona’s ridiculous pricing structure last season.

But it was pointed out in response to Spirit of Shankly that tickets for the home clash with Napoli at Anfield will be priced at up to £59—though prices range from just £9 on the Main Stand.