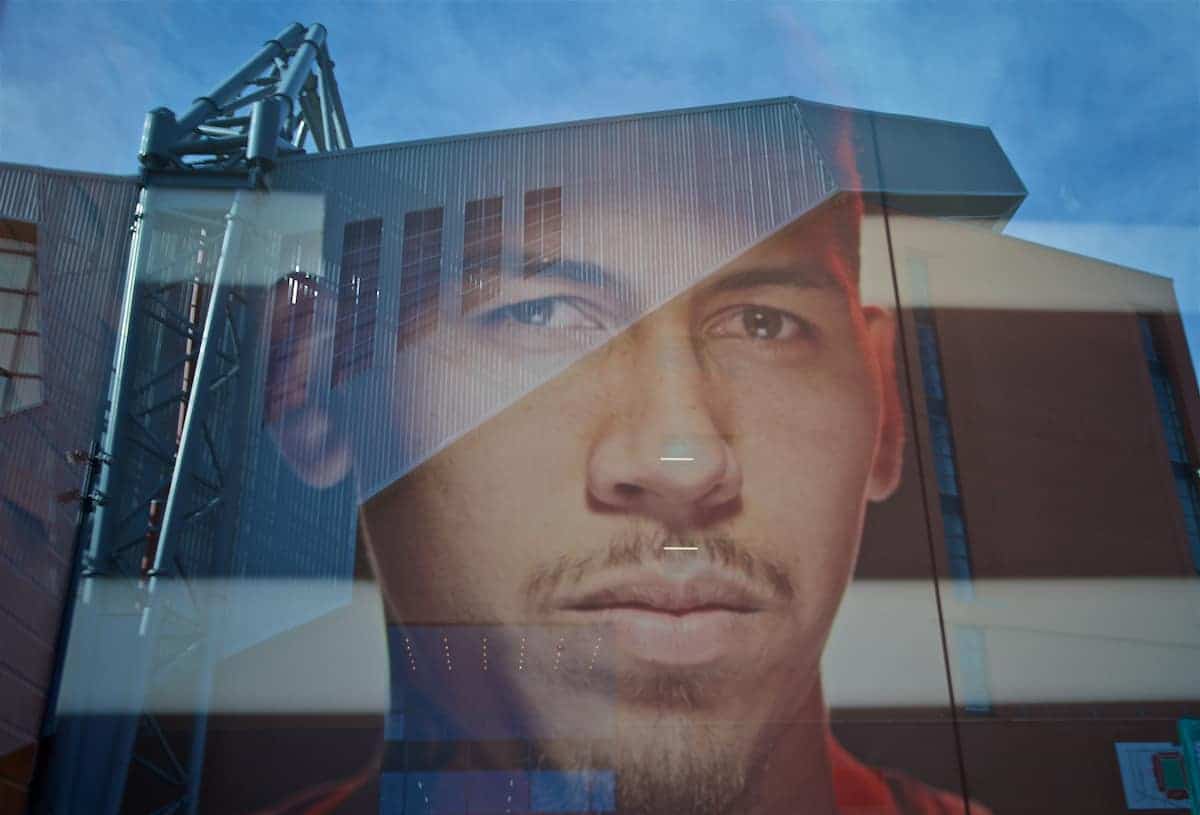 Liverpool came from behind to beat Newcastle 3-1 at Anfield on Saturday, with Roberto Firmino‘s performance the talk of social media.

The Reds returned to action with the visit of the Magpies, with victory expected on Merseyside.

Jetro Willems stunned the home crowd with a fierce early strike, however, as Jurgen Klopp‘s side started in flat fashion.

Sadio Mane beautifully curled in an equaliser to ease the nerves, though, before tapping into an empty prior to half-time.

Mohamed Salah sealed the victory with a precise finish, following an outrageous piece of skill by an unplayable Firmino, ensuring Liverpool retain their 100 percent record in the league.

Firmino’s wonderful performance from the bench caught the eye…

I’d have to think about it, but my immediate hot take is that Firmino’s assist might be my favourite Liverpool assist in years.

So, on a scale of 10 to 10, just how good, important, admirable, fun, brilliant, loveable and grin-inducing is Roberto Firmino Barbosa de Oliveira?

Firmino is just a ridiculous footballer – one of my favourite Liverpool players of all time.

The back heel! Firmino has just sent four Newcastle defenders to The Arkles with that change of direction!

“Firmino is the Brazilian Dalglish” – Nik Reece on Facebook.

“Firmino, the champagne of football” – 20ATHLONE on the forums.

?? Firmino for the assist pic.twitter.com/DPk5CI8KFY

Firmino having a worldie of a season

Firmino today. Both the circus ringmaster and a magician. Directing the show. Delivering sorcery. His mates up front scored. He didn’t. But what a player. Liverpool a bit casual at times. Maybe they can afford to be at home now.

Other individuals also received praise, as did the team display…

The Liverpool front three will rightly get all the plaudits, but Fabinho has been outstanding yet again. My mate @NolanDom just described him perfectly: “Like a Hadron collider. Time and space bends around him and he swallows everything.”

Thought Robertson was brilliant today. Set the tempo by instigating the press which helped recover from a sloppy start. Adventurous and direct going forward with quality in his final ball to match. Crucial component of this side.

“Mane… is the man hey!” – Stewart Strahan on Facebook.

“And Mo, with the icing on the cake goal!” – Maria on the forums.

When Klopp was at Dortmund he had Mane in his office and chose not to sign him, citing his personality was not of an elite level player due to the fact he didn't believe in himself.

It's fair to say he's got that belief now.

Fabinho is like a Brazillian Aston Martin, he reminds me of Alonso at times but still a lot of years ahead of him yet.

Sadio Mané is the only player in the Premier League to score 25+ goals since the start of last season without converting a single penalty.

One of the best forwards in the world. pic.twitter.com/Euv1rYTTPL

VAR was again a talking point for all the wrong reasons…

Mane may have taken heat off officials with his gorgeous filth there, but huge, huge point about VAR: How the hell is headlock on Matip not be checked? There's no subjectivity in that motion, it's a clear and obvious offence, and clear and obvious ref mistake. VAR is shit #LFC

Might as well bin VAR if that’s not given as a penalty. Stonewall.

VAR has supposedly been reviewed during the international break. I’m it sure what they were doing but surely this isn’t allowed???

This isn’t just about Liverpool, other teams have been affected by poor decisions in the Premier League. The state of refereeing is atrocious. pic.twitter.com/OIzF0YvGWq

“1st team ever to win 14 games in a row whilst scoring 2 or more in every game! Up the mighty Reds” – Chris Fletcher on Facebook.

A slow 20 minutes for #LFC, who were rocked by Willems' fine strike.

Much better after Mane's superb leveller. What a difference Firmino makes, but Robertson outstanding today too. And Salah got his goal.

Newcastle were well drilled, boasted plenty of pace and quality in attack, and even took the lead. But it's so difficult to beat this #LFC team at Anfield – they were relentlessly brilliant yet again.

Another very good performance in where we dominated pretty much from start to finish. Some great football on show and a pleasure to watch. Every player had a good game but Bobby Firmino was outstanding when he came on so he gets my vote for M.O.M #LFC ?