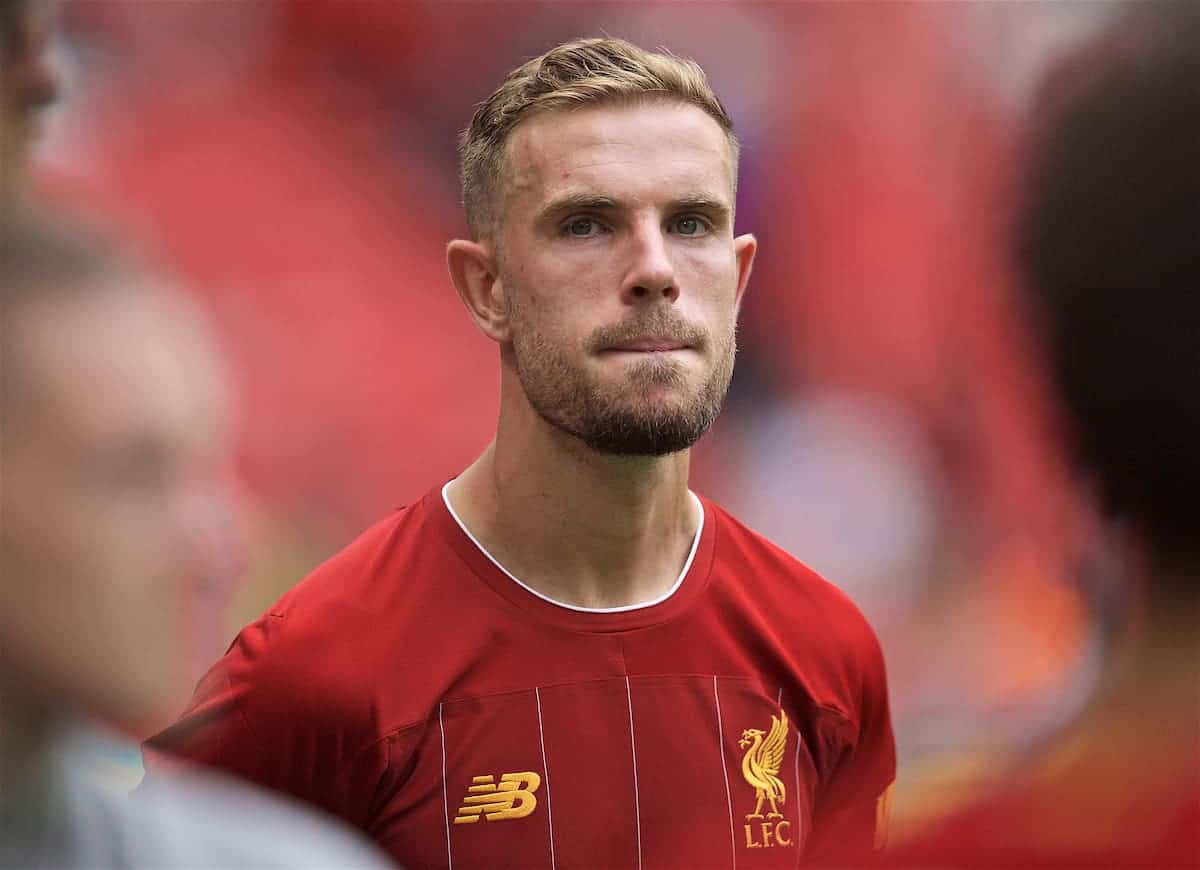 Alex Oxlade-Chamberlain left out of the Liverpool lineup to take on Tottenham, as Jurgen Klopp makes three changes from midweek at Genk.

The Reds sealed a 4-1 victory over the Belgian champions on Wednesday night, despite a hit-and-miss performance from a rotated side.

Oxlade-Chamberlain scored twice as he continues his return to form after long-term injury, but drops out as Klopp’s restores his trusted midfield trio.

Alisson starts in goal at Anfield, aiming for his first clean sheet since reclaiming the gloves from Adrian on his comeback.

Ahead of the Brazilian in defence are Trent Alexander-Arnold, Dejan Lovren, Virgil van Dijk and Andy Robertson, with Joel Matip left out of the squad due to injury.

In midfield, Fabinho is joined by Jordan Henderson and Gini Wijnaldum.

And despite concerns over Mohamed Salah in the buildup, the Egyptian starts in attack alongside Sadio Mane and Roberto Firmino.

Among Klopp’s substitutes are Oxlade-Chamberlain, Naby Keita and Adam Lallana, with the manager no doubt hopeful he can change the game from the bench again if required.

“I think a lot of subs we brought on [this season] had an impact,” he said on Friday.

“That’s really massive for us, and it’s a big key to being kind of successful, because otherwise we don’t have chance.” 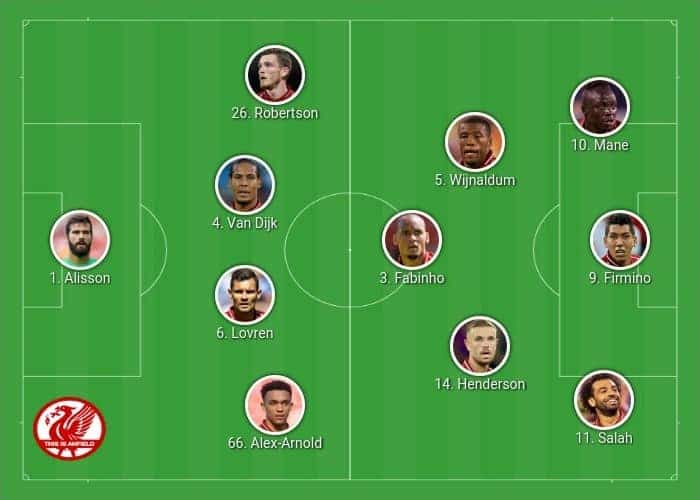