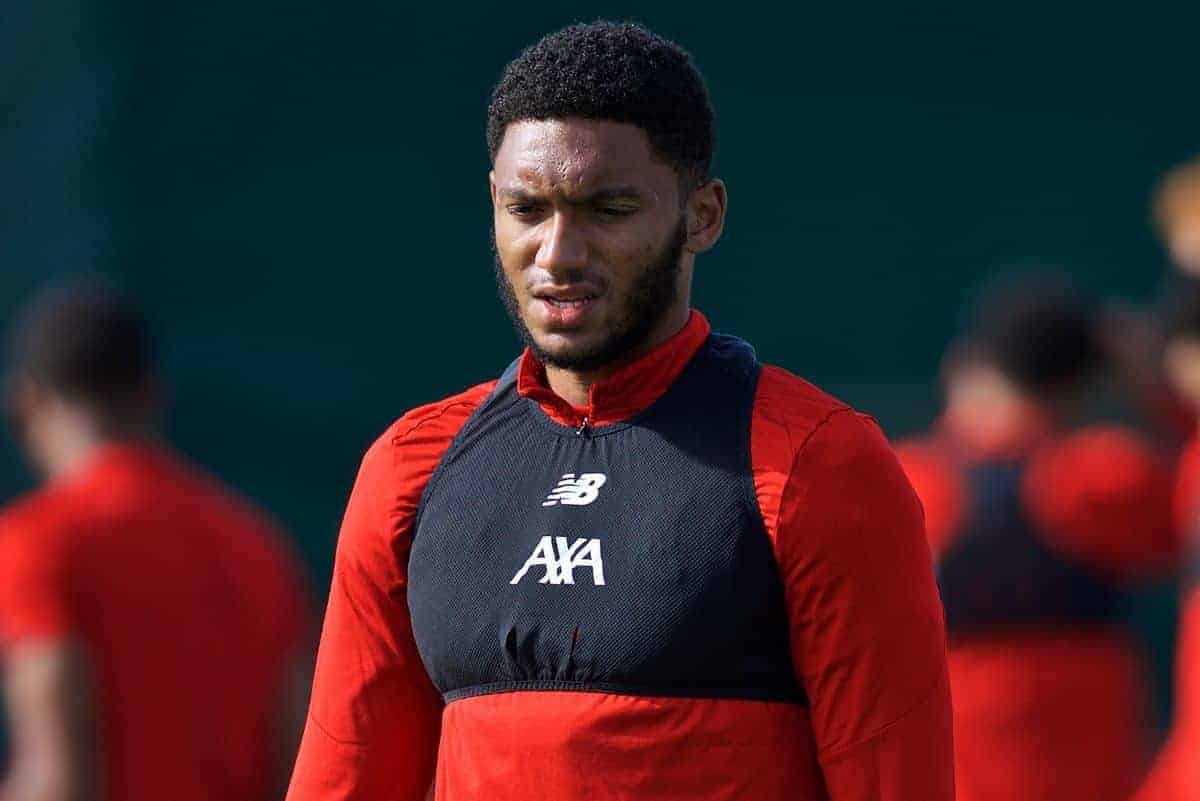 Jurgen Klopp has defended Joe Gomez after criticism of the centre-back’s performance against Salzburg, and backed him to improve after finding rhythm.

Gomez made only his fourth start of the season as he came in for the injured Joel Matip in the Champions League win on Wednesday night.

He reformed his partnership with Virgil van Dijk at the back, but with Salzburg clawing back from a three-goal deficit to equalise before Mohamed Salah‘s late winner, his display was scrutinised.

This was questionable at the time, with Gomez far from the worst performer in the 4-3 victory, and speaking ahead of likely his first Premier League start since the opening day, Klopp assessed the No. 12’s situation.

“It would really not be fair to make Joe responsible in any kind for the goals we conceded in the game, because that was not the case,” he said in his pre-Leicester press conference.

“That players who didn’t play together for a while need a bit of time to get used to each other again, that’s completely normal.

“But in the first half an hour nobody could see any issues between the two boys, we were just exceptional.

“Then what made this game especially difficult was how Salzburg defended, each ball they wanted, all the balls were directly in behind the line, the runs they do are really good.

“And in these situations Joe did outstandingly well—because of his speed, because of the challenges he had.

“Then the goals we conceded later, we conceded for different reasons…nothing to do with the centre-halves.”

Van Dijk said after the game that it is “it’s bound to take some time again” for him and Gomez to recapture their best form as a duo, but there is clear confidence in the 22-year-old to do so.

Klopp shares the Dutchman’s belief, with the expectation being that Gomez goes from strength to strength in Matip’s absence.

“I was fine with his performance, and it helps of course, getting minutes is always good,” the manager continued.

“It’s a challenge of course, not having the best rhythm, maybe you need a few minutes but he had them and so all good.”

Matip is not set to return until after the international break, with an away clash with Man United to come on October 20.

But while the Cameroonian had made himself undroppable with his performances in 2019, perhaps this injury will allow Gomez to usurp him once again as Van Dijk’s first-choice partner.