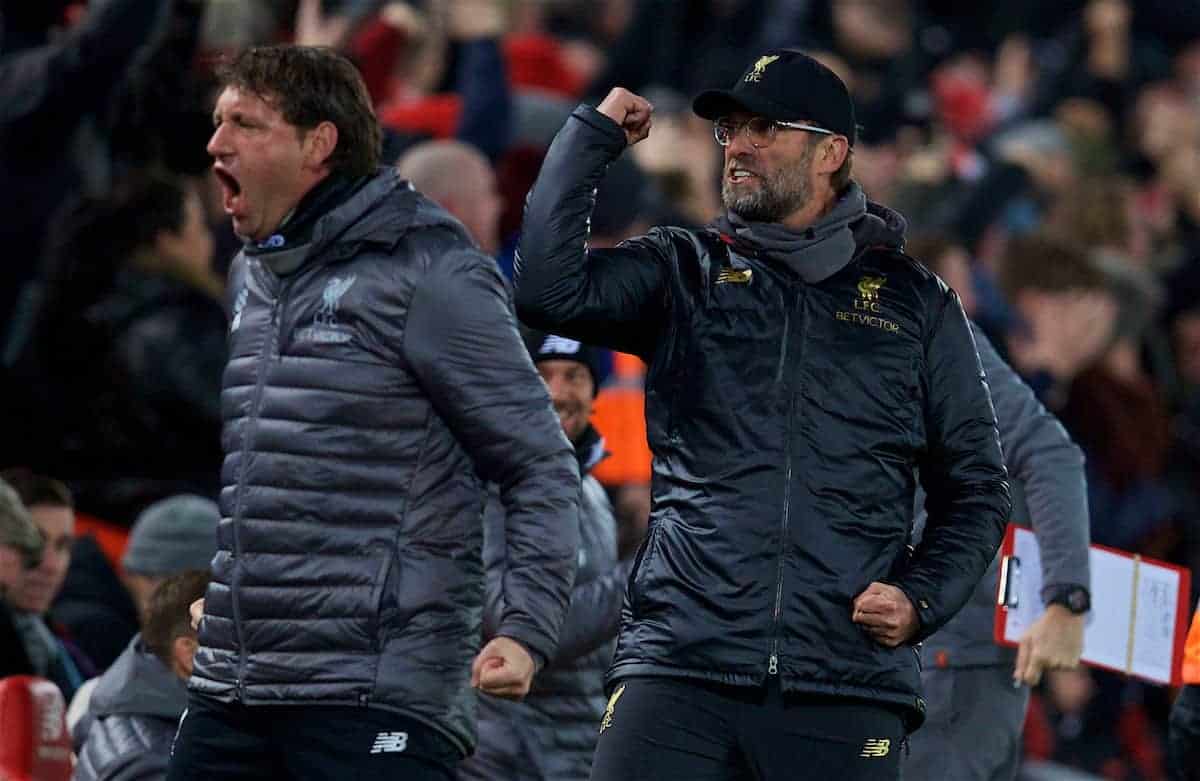 Liverpool manager Jurgen Klopp has brushed aside the “circus” which currently surrounds the club while dismissing any mind games being played by Ole Gunnar Solskjaer.

The Premier League restarts after the international break with the Reds, top by eight points, heading to 12th-placed Manchester United—15 points behind—on Sunday.

It is arguably the biggest fixture in the football calendar between England’s two most successful clubs but with Liverpool having started the season so well and United so poorly, the two extremes of hyperbole have been ramped up.

“This game is so easy—not the game against United but the game around it everyone else plays,” said Klopp.

“When [pundits] make a combined lineup and you have 11 players from Liverpool it is like a joke, it is like building a banana skin.

“That’s what everyone wants to see. The world at the moment is a circus with us at the centre. I am not influenced by it.”

Solskjaer has a number of injuries but with key players David de Gea and Paul Pogba having seemingly been ruled out of the fixture on Thursday the under-pressure United boss changed his stance 24 hours later.

Klopp, however, is not falling for it.

“I am 100 percent aware of the strength of Manchester United, I expect their best possible lineup,” he added.

“That’s how all these games are played. No problem with that but I am old enough, I am experienced enough, to judge these things in the right way.

“The less the opposing manager knows about your lineup the better it is, so that’s an advantage.

“I am four years in England and it is still strange how little you know about whether a player is fit or not—in Germany we allow the press four or five times a week to watch training so you cannot hide anything.”

Solskjaer also suggested the visit of Liverpool was the ideal game for his side to kick-start their floundering season.

Klopp, however, took issue with that.

“They said that we are the perfect opponent—I don’t think there are a lot of teams who would love to play us at the moment, it looks like Man United are the only team who does,” he added.

“We have to make sure that is a misunderstanding.

“They have a really good football team there in a situation they don’t like so they want to change it.

“We have to make sure if they want to change it they have to start a week later.”

In comparison with Klopp, Solskjaer actually has a better record after their first 29 Premier League matches: 14 wins and seven draws compared to the German’s 13 wins and eight draws.

The Norwegian remains under scrutiny but Klopp feels that is unfair.

“I have no clue about his position. It’s not important what you are writing, it is more important what the board, Ed Woodward and the Glazer family are telling him. I don’t have an opinion about that,” he said.

“I want every manager in the world to have as much time as he can get to bring through his ideas, but you can never compare situations—our situation when I came in to their situation now.

“Man United is a massive club and nobody is ready to wait for success. In my case it was not any different.

“He has to live with that. If there was any doubt internally, it would be bad. But as long as it is only externally, that is not important really.

“I know people think sometimes the manager has to manage Real Madrid before he can take over but that is not the truth. He knows what he has to do.”