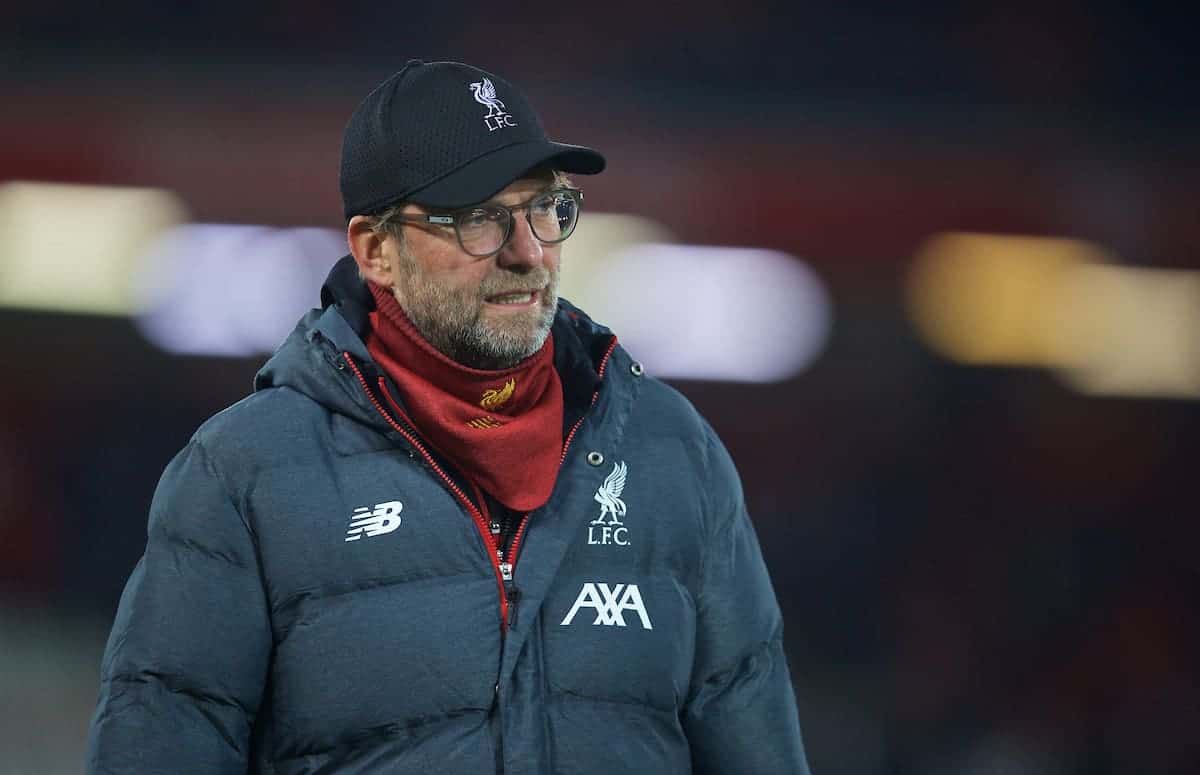 Jurgen Klopp has revealed Liverpool will pull out of the League Cup if no appropriate date is found for their quarter-final clash, amid a congested run.

The draw for the quarter-finals of the League Cup will be broadcast live on BBC Radio 2 from 8.45am (GMT) on Thursday morning.

It will include the Reds, after their incredible penalty-shootout victory over Arsenal on Wednesday night, but it is unclear whether they will be able to fulfil their obligations.

Liverpool have already seen their Premier League clash with West Ham postponed due to their involvement in the Club World Cup in December, and the same will be required of this tie.

The quarter-finals will be played on the week commencing December 16, with the Reds’ semi-final in Qatar set for December 18, meaning this is impossible.

Furthermore, barring the November international break, Klopp’s side play at least twice a week, every week, from now until the start of January.

That break comes as a result of the League Cup semi-final dates, with the first legs to be played from January 6.

Therefore, realistically, Liverpool would need to play their quarter-final around that time, which clearly confuses the calendar for the EFL.

Speaking on the issue after Curtis Jones‘ winning spot-kick at Anfield, Klopp confirmed the Reds would need to pull out and allow their next opponent to proceed directly to the semi-finals “if they don’t find a place for us.”

“FIFA told us the Club World Cup would be then, we have to come there, so we do.

“If they don’t find a place for us, an appropriate place, not 3am on Christmas Day, then we don’t play.

“But we will not be the victims of this problem, we played tonight, we wanted to win it, we did that.

“If they don’t find a proper date for us, then we cannot play the next round and whoever is our opponent will go through, or Arsenal plays—I cannot change that.

“But we [should] ignore that problem completely for tonight.

“I think a lot of people from the Premier League were sitting in front of the television hoping that Arsenal can do it. But, I’m sorry!”

It would be remarkable if Liverpool were to pull off the comeback they did against Arsenal only to be ‘forced’ out of the competition due to their success elsewhere.

But there was conviction in Klopp’s words, and the impetus is on those in charge to find a solution.