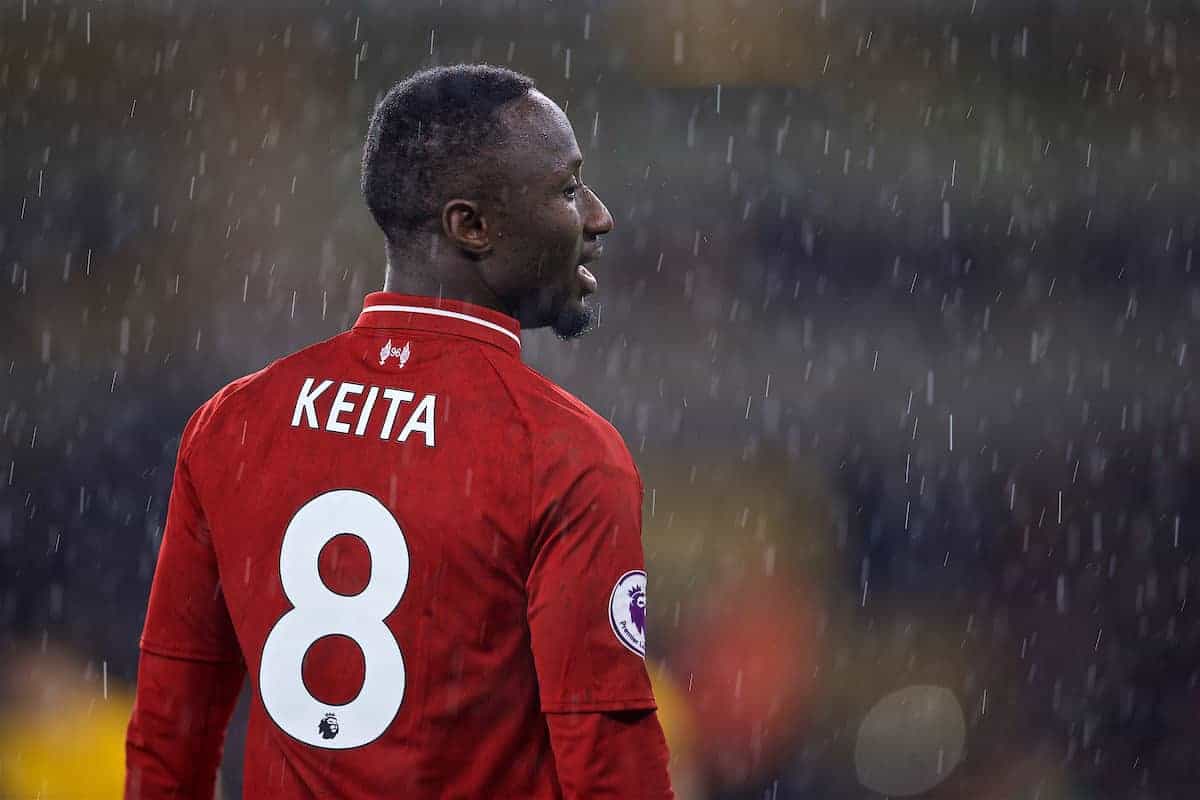 Liverpool manager Jurgen Klopp believes midfielder Naby Keita has taken a big step forward after getting to grips with the English language.

In a stop-start beginning to his Anfield career since his highly anticipated arrival in the summer of 2018, the Guinea international has been plagued by niggling injuries which have restricted him to just 34 appearances.

Those issues have meant his adjustment to English football has taken longer than expected, considering the reputation he came with, but his handle on the language may have also contributed to his rocky settling-in period.

But now he is able to properly converse with Klopp, a fit-again Keita looks ready to reboot his Liverpool record – starting against his former club Red Bull Salzburg as he has rejoined the squad for Wednesday’s Champions League tie at Anfield.

“It’s good now, much better,” said the Reds boss of the player’s integration.

“The last talk I had with him was in English and it looked like he understood what I said. That is a big step. He is here long enough now. 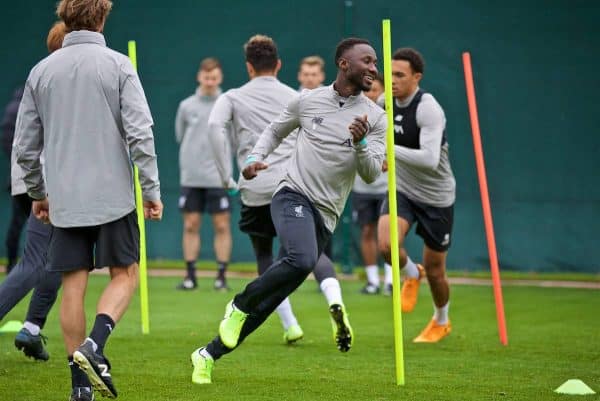 “Yes (language is important) but he is a smart boy so football-wise it is not a problem. The tactical things are obvious, they are clear, and he was in pre-season with us so he has done all the important stuff.

Keita’s signing from RB Leipzig, Salzburg’s sister club, was seen as a major coup for Klopp as the then 22-year-old was being hailed as potentially one of the best midfielders in Europe.

Liverpool sneaked in under the noses of their rivals to agree a deal in the summer of 2017 for Keita to join them the following July.

The eventual fee was negotiated on the basis of where Leipzig finished in the Bundesliga last season so their failure to qualify for the Champions League saved the Merseysiders almost £7million, with the final fee about £52.7m.

Nevertheless, it meant Keita arrived at Anfield with plenty of baggage, perceived or otherwise, and after a promising start it appeared to work against him as form and fitness deserted him.

“It was a big step for him to come here from Leipzig with big expectations, and hopefully you all still remember how good he started,” added Klopp. 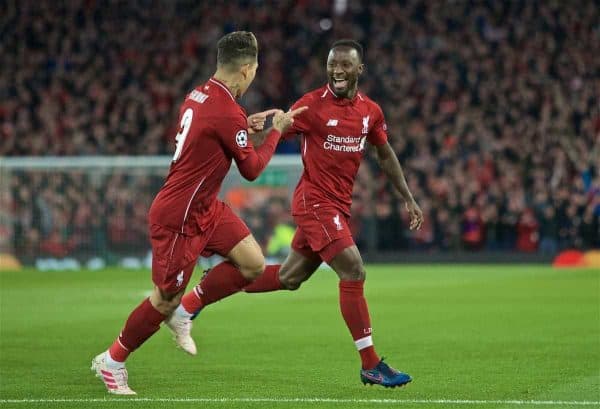 “Then it was less good, then came the injury and so the adaptation time was slightly different. Then he had the setback of another injury on top, comes back in and gets injured again.

“He was not often injured in his career so far. We have to make sure it will not happen again and then everything will be fine.

“Everything is settled now. It is long enough and that helps him to perform.”

Liverpool have been extra cautious with the midfielder’s most recent problem, a muscle strain sustained in August’s European Super Cup victory over Chelsea, mainly because it came relatively quickly after a thigh problem ruled him out of the Champions League semi-final second leg against Barcelona and the final win over Tottenham.

He remained at the club’s Melwood training complex on Saturday while his team-mates were edging a 1-0 win at Sheffield United.

“We could have taken him on the bench at the weekend but then he would have lost two proper sessions and we wanted to give him these sessions,” explained Klopp.

“He should be ready now. Yesterday I spoke to Andreas Kornmayer (head of fitness and conditioning) and he said Sunday’s session was really good and important. It was very intense for him and that is what he needs now.

“He was injured, came back and injured again so we have to make sure that will not happen any more.”

Champions League football returns to Anfield for the first time since that remarkable 4-0 semi-final second-leg comeback against Barca and Klopp is keen to harness those emotions.

“Let’s make it as positive as we can. It is like a reunion with the European crowd,” he said.

“OK we have played Premier League games but these European nights are based on the performances of all of us.

“I really hope we can create that atmosphere again and see what it is good for.”