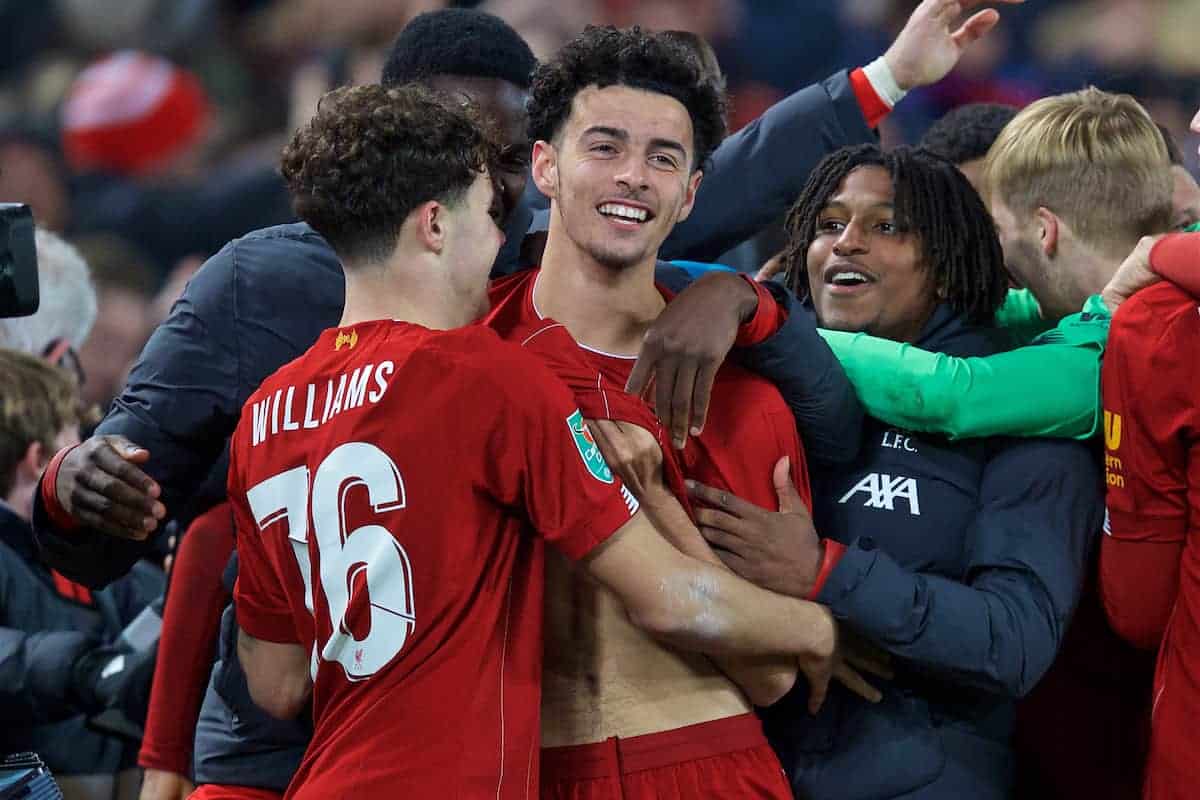 Scoring the winning penalty in front of the Kop to send Liverpool through in the League Cup will be among the best nights in Curtis Jones‘ life.

Jones will have been disappointed not to start in the Reds’ fourth-round clash with Anfield having been named Man of the Match in the previous win over MK Dons.

But he came off the bench to replace Naby Keita after 55 minutes at Anfield and played his part in an incredible 5-5 draw, laying on the first of two Divock Origi strikes.

And with the score poised at 4-4 in the penalty shootout, he stepped up to convert the winning spot-kick to send his boyhood club through to the quarter-finals.

Before the game, Jones spoke about it would be a dream to make his debut as as a first-team player at Anfield, and this was echoed as Jamie Carragher summed up the emotion after the game.

“What a penalty, right inside the post. Football arrogance, I’d say, in that. In off the post at the Kop end,” he told Sky Sports.

“I’m talking about best nights of your life—that’s what you dream about. It’s a big game, against Arsenal.

Jones, who was born in Toxteth and signed a new five-year deal with the Reds in August, was mobbed by his team-mates after his winner—including academy peers Neco Williams and Caoimhin Kelleher.

Kelleher, who stopped Dani Ceballos’ penalty to give Jones the chance to decide the tie, gave a similar account as he spoke to Sky Sports himself, saying: “It was crazy…I couldn’t even blink!”

Jurgen Klopp will have been delighted after watching such a spirited performance from a side which included one full debutant in Williams.

Most importantly, Jones and Kelleher’s dream contributions have set up another opportunity for these youngsters—as Klopp is likely to keep faith with them in the quarter-finals.