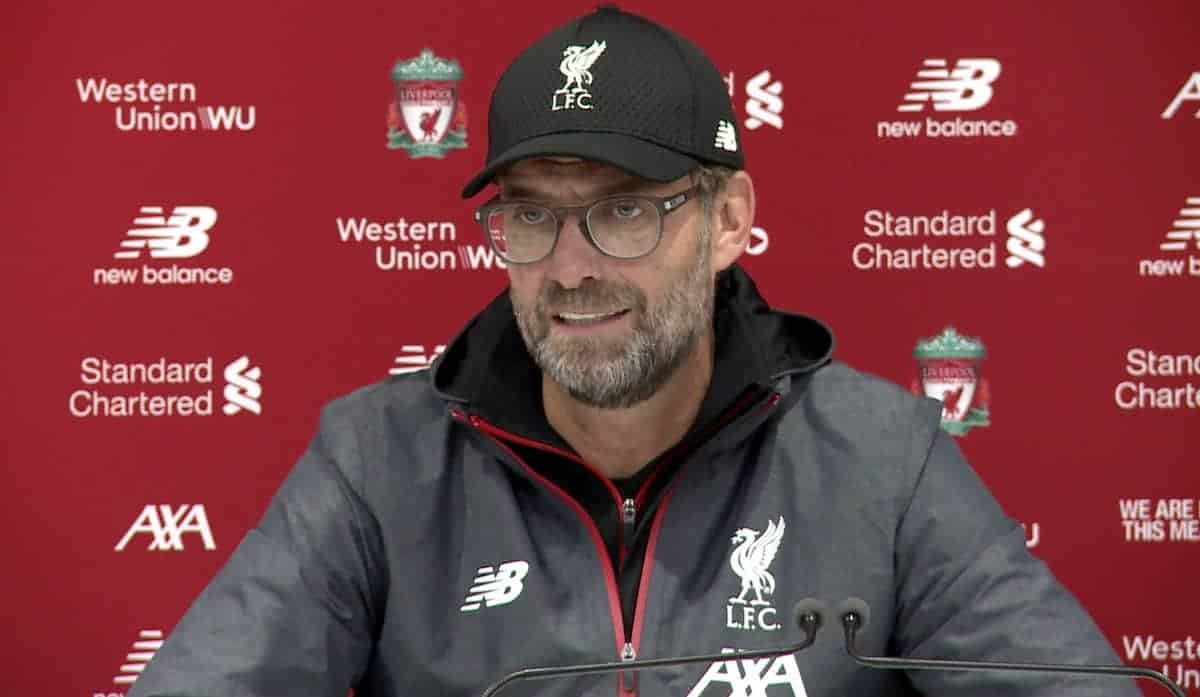 Jurgen Klopp praised his side’s endeavour with Liverpool leaving it until the 95th minute to score the winner, as James Milner sealed a 2-1 victory over Leicester.

The Reds dominated for the majority of Saturday’s clash at Anfield, but could only find the back of the net once in normal time as Sadio Mane struck in the first half.

They had 18 shots on goal to Leicester‘s two, but James Maddison only needed one opportunity to level on 80 minutes, setting up a tense end to the game.

Fortunately, the persistence of Mane and Divock Origi saw the Senegalese brought down by Marc Albrighton in the penalty area, and after an excruciating VAR check, Milner was able to step up to score the winner.

After the game, Klopp was full of praise for his vice-captain, and described Mane’s tenacity to win the penalty as “absolutely exceptional,” insisting it was a clear foul.

There was one sour note for the afternoon, though, with Mohamed Salah forced off with an ankle injury after a challenge from Hamza Choudhury which the manager labelled “dangerous as hell.”

“He’s a super player, super development in the last one or two years at Leicester, but these kinds of challenges, no.”

The hope will be that Salah can recover in time for Liverpool’s next clash, which comes after the international break, away to Man United on October 20.

Klopp’s side remain top of the league heading into the interval, with this their eighth win from eight games so far.