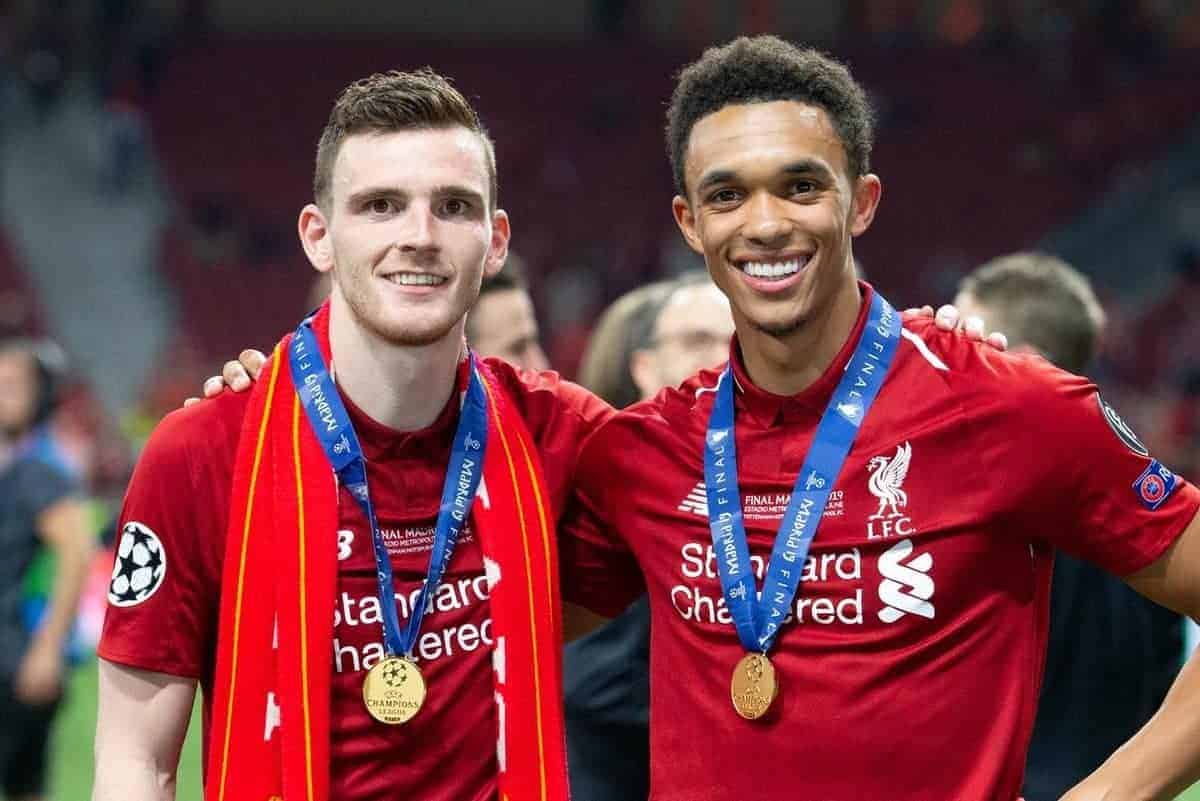 Trent Alexander-Arnold accepts Liverpool have to cut complacency out of their game after it almost cost them a Champions League victory.

Coasting at 3-0 up after 36 minutes against Red Bull Salzburg, Jurgen Klopp’s side eased off and became more casual in their approach and their opponents took full advantage to score three times.

Mohamed Salah’s second goal of the game spared their blushes but Alexander-Arnold believes the performance will serve as a warning that they cannot afford to allow their standards to drop.

“We were doing really well and maybe took our foot off the gas and were a bit complacent and we were made to pay,” he said.

“It will be a good lesson for us. We got the win in the end but we were disappointed with the way the game went as going 3-0 up you should see the game out, keep the ball, tire out the opposition but we carried on trying to push for goals.

“We need to learn from that and probably use our heads a bit more.”

Fellow full-back Andy Robertson, a scorer of a rare goal on the night, was in full agreement that the performance was not good enough.

Liverpool have three days before third-placed Leicester arrive at Anfield and the Scotland captain accepts they have to be at 100 percent for 90 minutes.

“Three-nil up and you think you are going to be comfortable but we started probably doing things we shouldn’t have done,” he said.

“We let them back into the game and they are a good team. That’s why that happened.

“Then when we went to 3-3, to show the character we did was important. But we need to sort out that 50-minute period when we weren’t good enough.”

Saturday’s match will be only the fifth at home of 13 fixtures this season but they have lost just one—against Napoli—and have yet to drop a point in seven Premier League games.

Robertson believes that highlights the character within the squad.

“We have had a lot of away games but so far, so good, but we need to get better and that is the pressure we put ourselves,” he added.

“But when you don’t play well it is important to get results and that’s what we have done.

“We were very good first half [against Salzburg] but we need a complete performance and we need that on Saturday.”