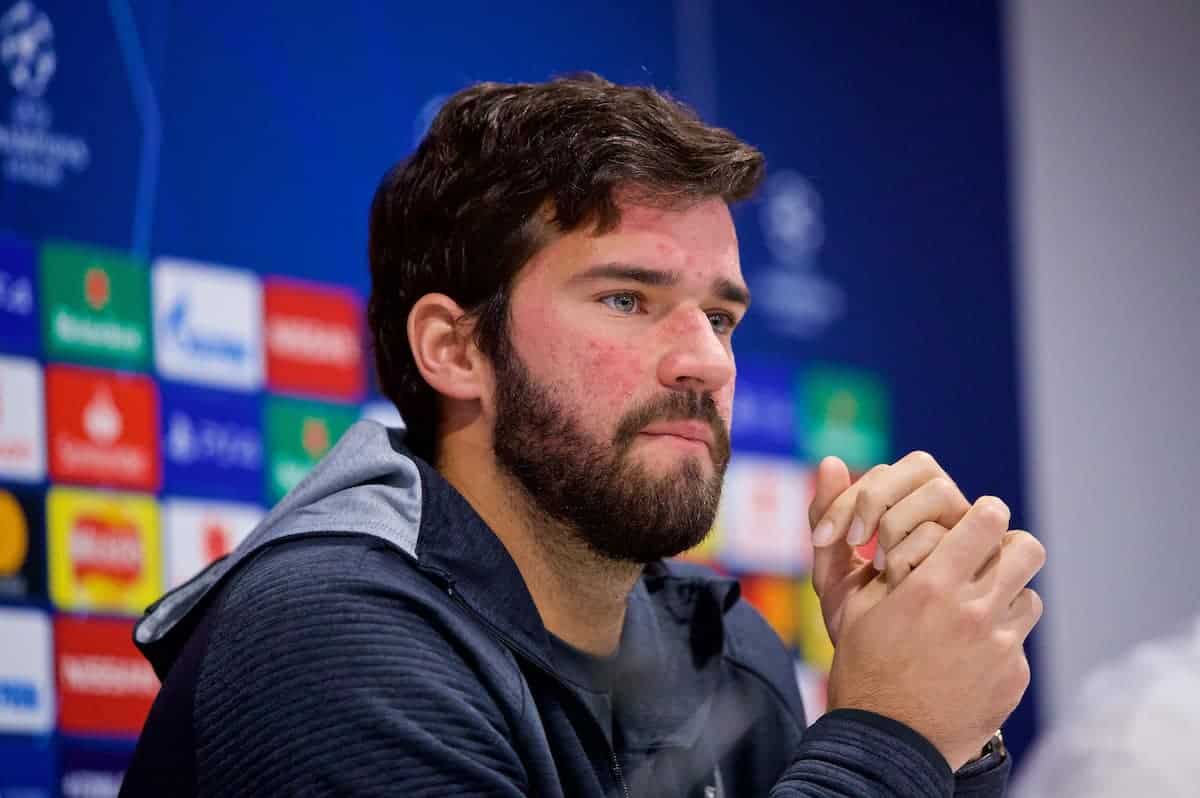 Alisson has reflected on Liverpool’s poor clean sheet record this season, and insists they “need to learn” from mistakes to avoid a late upset in the future.

The No. 1 is yet to help the Reds to a clean sheet this season, with his only appearance without conceding coming in his 39-minute outing before injury against Norwich.

Adrian, meanwhile, has only kept two—away to Burnley and Sheffield United in the league—while Caoimhin Kelleher was successful in his debut against MK Dons, before shipping five to Arsenal on his Anfield bow.

But Liverpool are, clearly, thriving this season, six points clear at the top of the table and, despite losing to Napoli in their opening group game, favourites to progress in the Champions League.

Ahead of the visit of Genk on Tuesday night—and two days after coming back from 1-0 down at Aston Villa—Alisson lamented the recent trend of conceding “stupid goals.”

“When we concede stupid goals, when we concede in a stupid way, this annoys me and annoys my team-mates also,” he told reporters.

“Because when we enter the pitch we always have a common goal: win the game and keep a clean sheet.

“When you keep a clean sheet you are closer to victory, at least you have a draw.

“So I think we can work better on that aspect, and when you concede a goal in a difficult moment, in a moment that the team needs you to keep the clean sheet, the game becomes more difficult.

“We need to work better on that if we want to do great things this season.”

It is an obvious point to make, and one Jurgen Klopp disagreed with in regards to Trezeguet’s opener at Villa Park, but Alisson is right to do so.

Having kept 27 clean sheets in his first season with Liverpool, he faces a difficult challenge from now to replicate that feat, and he highlighted Stephen Odey’s late strike in the 4-1 win over Genk last time out as a prime example of the problem.

“Sometimes you have the quality of the opponent, and when they score in that way, with quality, you cannot do anything different,” he continued.

“It’s OK, you need to accept that it’s part of the game.

“But I think we can do better in the concentration aspect, that for example against Genk we conceded in the 85th minute (when Dejan Lovren switched off).

“This annoyed me, annoying everyone on the team, because you need to keep focused on your goals.

“If you are winning with one goal, and you concede in that moment, the game is pretty much finished, you cannot do anything.

“Sometimes you have no time, and we need to learn from these moments to make sure it will not happen again.”