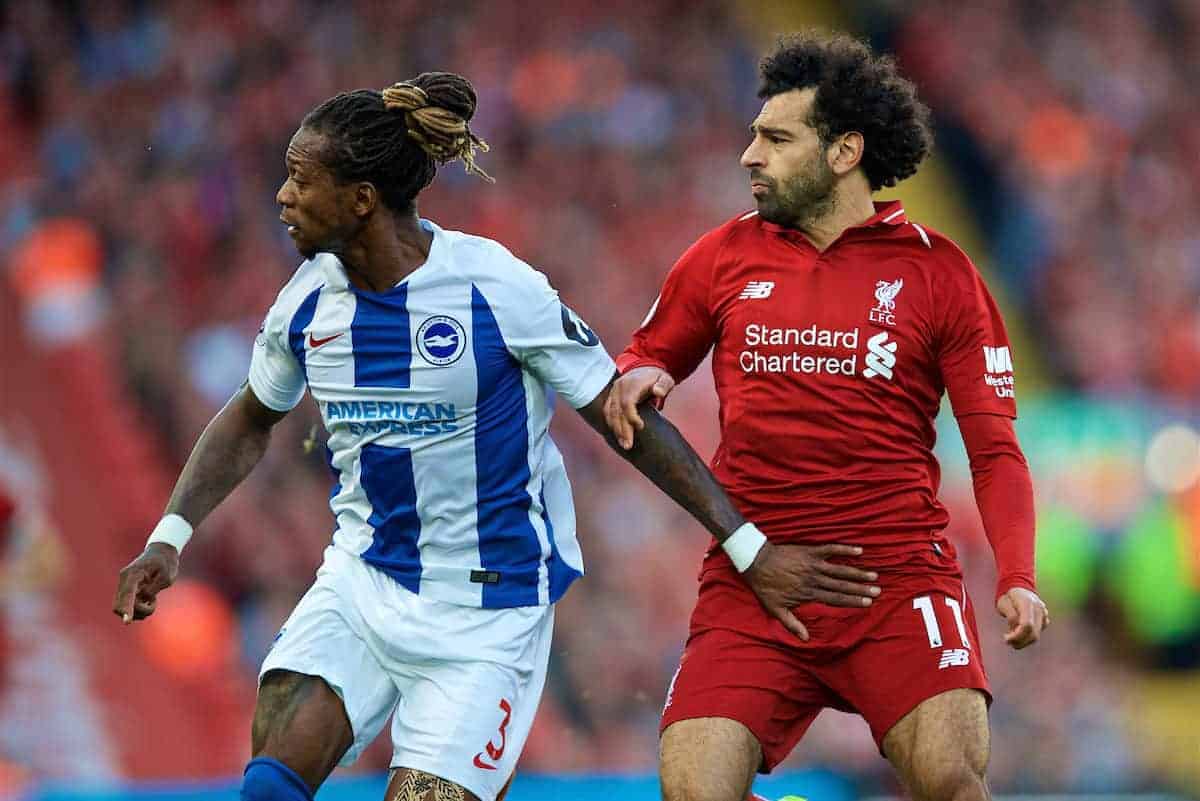 Liverpool host Brighton on Saturday afternoon, but are the Seagulls sensing one of the shocks of the season at Anfield?

Despite their table-topping Premier League form, the Reds aren’t quite firing on all cylinders at the moment.

They are grinding their way to victories and Wednesday’s flat 1-1 draw at home to Napoli was further proof of a slight dip.

Brighton make the trip to Merseyside this weekend, looking to spring a surprise and pull further clear of the relegation battle.

Ahead of the game, we spoke to Kieran Maguire (@KieranMaguire), lecturer in football finance at the University of Liverpool, to hear his thoughts on Brighton, Liverpool and Saturday’s clash.

Brighton sit 12th in the Premier League – are you pleased with their start to the season?

Performances have, in the main been good.

If anything, we are probably two or three points below what we have deserved in matches to date, but a lack of discipline and silly mistakes have been costly.

Having said that, matches against Man City, Chelsea and Leicester, where we were well beaten each time, are good reminders of our natural position in the Premier League food chain.

How has Graham Potter fared in his first few months in charge? 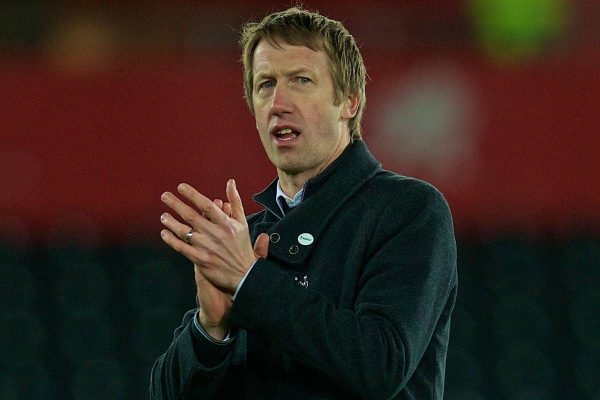 The style of football under Graham Potter is the main thing we have noticed.

Building from the back, more possession and a willingness to change both the starting lineup and formation for the occasion have all stood out.

Potter is very much in the same mould of our managers since the crazy days under Gus Poyet. He is measured, humble and rational in his assessment, just like Oscar Garcia, Sami Hyypia and Chris Hughton before him.

Under Potter, we are usually set up in a 3-2-3-2 formation, with no natural wide men but with the wing-backs doing a lot of work.

Occasionally, it will be just one player up front if we pack the midfield a bit more.

Yes, we have to be realistic.

Tony Bloom wants to build incrementally so that we can eventually have a tilt at the top ten, but I think we are another year or two away from having the depth of squad to achieve that.

We now have a run of fixtures that include trips to Liverpool, Man United, Leicester, Wolves, Crystal Palace and Arsenal, so we could slide down the table easily.

Which players have stood out most for the Seagulls?

Dan Burn, the six-foot-seven Geordie left-sided centre-back, has been a revelation—far more skilful than anyone would expect.

Steve Alzate, signed from Leyton Orient, has come through from the under-23 team and made his debut for Colombia last week.

He is a ball-playing midfielder who likes to dribble.

Liverpool are certainly title favourites and deservedly so.

The Reds look the best defensive team to date, although Leicester were superb in this regard at the Amex last weekend, and have shown the ability to score late goals from a variety of sources. 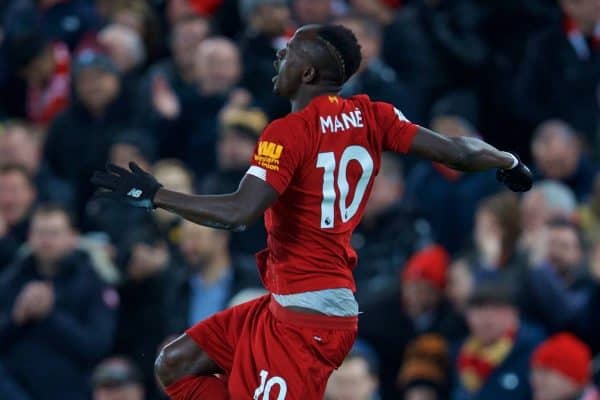 Andy Robertson and Sadio Mane are the biggest threats, in my opinion.

The former seems to pop up anywhere on the flank, while the latter has pace to trouble us.

Where will the key battles take place at Anfield?

A lot will depend on whether or not we can obtain a reasonable amount of possession, in order to ensure the defence is not pulled apart too often.

Dale Stephens, Davy Propper and either Aaron Mooy or Alzate will have to screen the defence.

I can’t see us managing it for 90 minutes, though.

I am resigned to a comfortable 3-0 win for Liverpool.