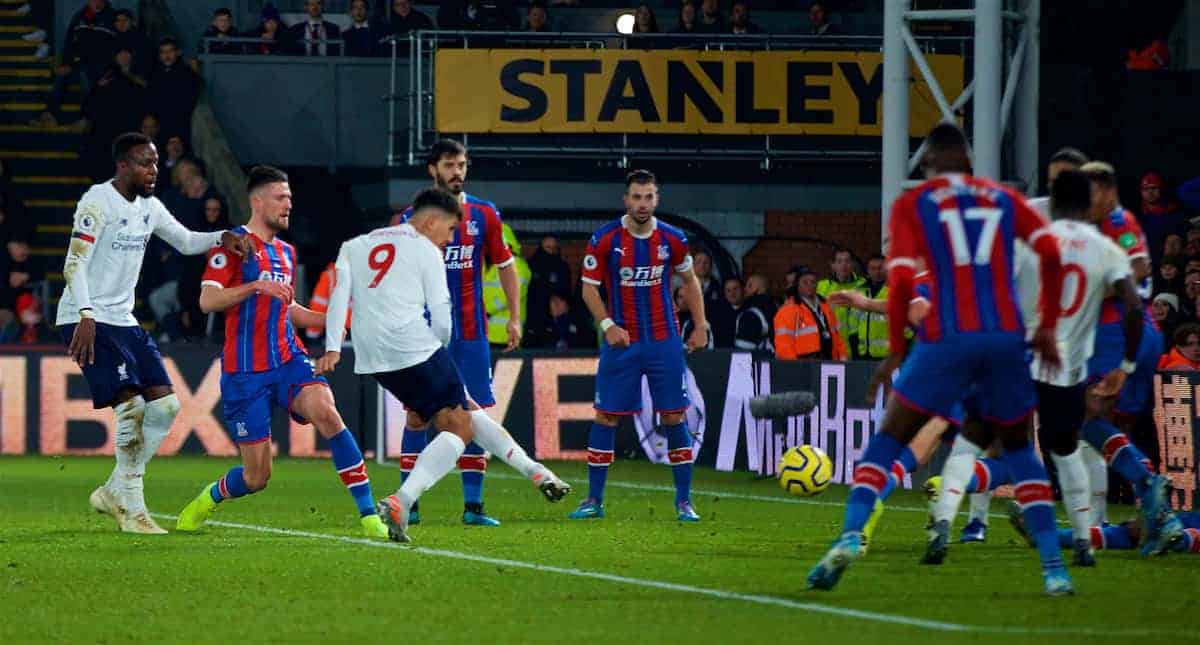 Liverpool were once again forced to fight for three points at the death, with Roberto Firmino‘s late strike securing a 2-1 win at Crystal Palace.

The Reds made the trip to Selhurst Park as the Premier League made its return after international action.

Jurgen Klopp made one change from the side who beat Man City as Mohamed Salah dropped to the bench with Alex Oxlade-Chamberlain taking his place.

The Reds were off the pace in the opening term and failed to test Palace where it mattered most and their sluggishness almost came at a price with James Tomkins finding the back of the net, only for VAR to intervene for a foul on Dejan Lovren in the build-up.

A timely wake-up call for the Reds on the cusp of half-time.

And it had its required effect as Liverpool emerged from the interval with renewed intent and after missing his first opening, Sadio Mane did not have long to wait to make amends as his scuffed shot from inside the area nestled into the back of the net.

Klopp’s side had a plethora of chances to put the result beyond doubt, but Palace struck next through Wilfried Zaha to leave the Reds eight minutes to find a response.

They need only three, however, as Roberto Firmino capitalised on a scramble in the Eagles’ six-yard box to fire Liverpool back into the lead, where they would remain come the final whistle.

Liverpool’s congested schedule has now kicked off, where the next challenge comes in the form of Napoli in the Champions League, where a win at Anfield would see the Reds progress to the last 16.