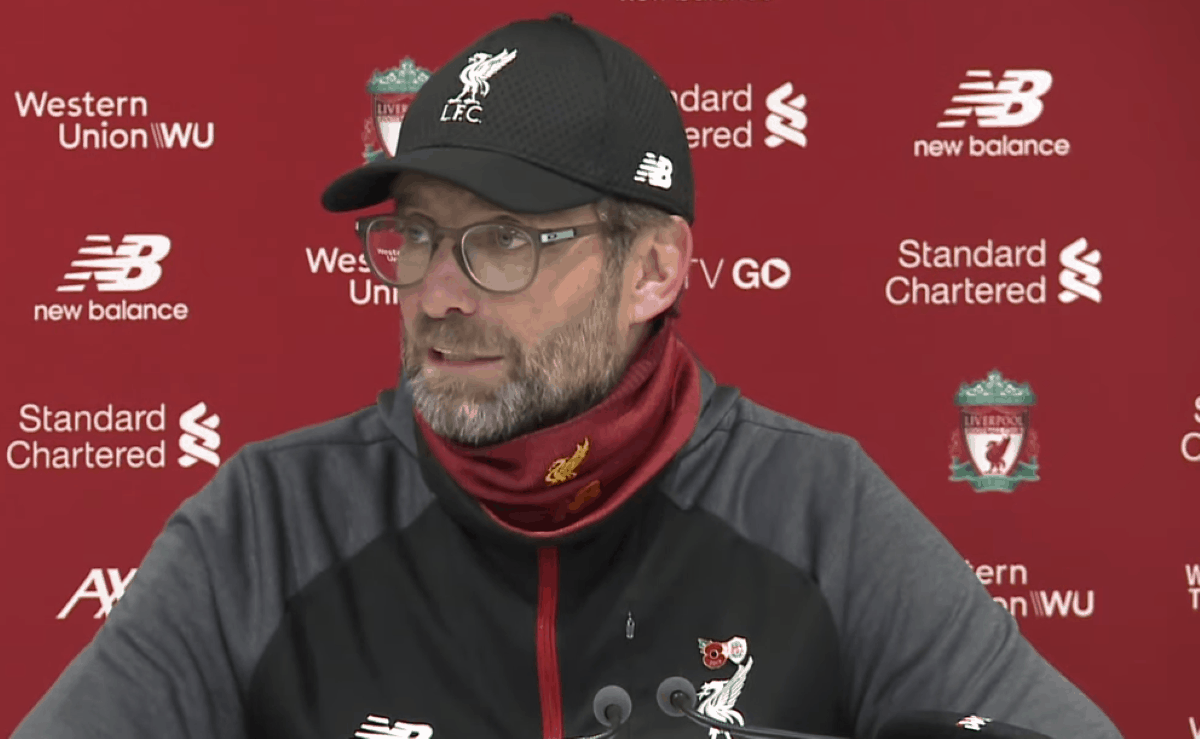 Jurgen Klopp has lauded the “incredible” performance of both his players and the Anfield crowd after the thrilling 3-1 win over Man City on Sunday.

The Reds secured three points at Anfield on Sunday with a thrilling 3-1 win over Man City, moving eight points ahead in the Premier League table and nine clear of Pep Guardiola’s side as a result.

Liverpool might have started slowly in what the manager deemed as a “wild” and “intense” opening to the clash, but goals to Fabinho and Mohamed Salah in the space of seven minutes set the Reds on course for a memorable victory.

Klopp was full of praise for the “outstandingly strong” opposition, with Bernardo Silva’s late goal placing the Reds under pressure late on due to his side starting to relax.

But the win, the manner of the performance of both his players and the crowd and the “incredible” goals scored had Klopp delighted after the final whistle.

“If you want to win against City, which is really, really difficult for each team in the world, you cannot play the way they play because they are definitely the best in the way they play. It makes no sense,” he told reporters. 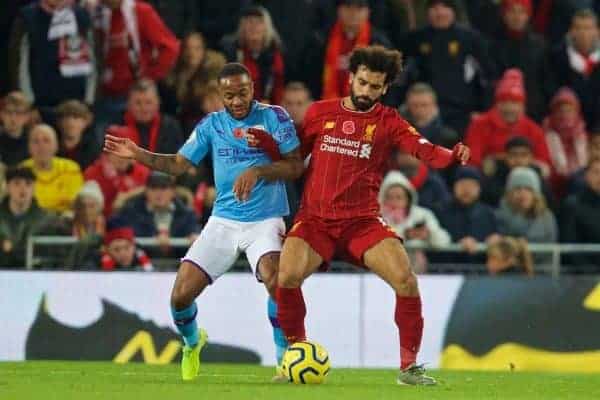 “It was wild in the opening stages. Everybody was trying to come into the game but was under pressure from the other team. Intense from the first second. You could sense it was really important for both teams.

“You need in moments a bit of luck. After they made it 3-1, they had a lot of momentum and we relaxed.

“I like the game. I loved the atmosphere, it was incredible. People were just amazing against an outstandingly strong opponent.

“We scored two incredible goals. We had to suffer in moments because of the way City play, but until around the 75th minute, we could control it in some way but after that our legs got a bit tired and balls were rolling through our six-yard box.

“The second goal we scored, I don’t think I’ve ever seen one like it. Right full-back with a sixty-yard pass to the left full-back, two touches and a cross over 40-yards and then a header. That’s pretty special.

Those three points ensure Liverpool sit comfortably at the Premier League summit after 12 games, but with the season still very much in its infancy, Klopp was eager to push away any talk of his team handling the pressure that comes with such a commanding position.

“Honestly, we don’t feel the pressure. People are saying ‘Liverpool can only lose it from here’, it’s a very negative approach but we just don’t care,” he added.

“Today we were completely focused on this game and not the situation in the table. That’s crazy, nine points you cannot imagine.

“But it’s not important because who wants to be first in early November? We want to be first in May, we will just try what we can and in the end, we will see what happens. The pressure is not there yet.”