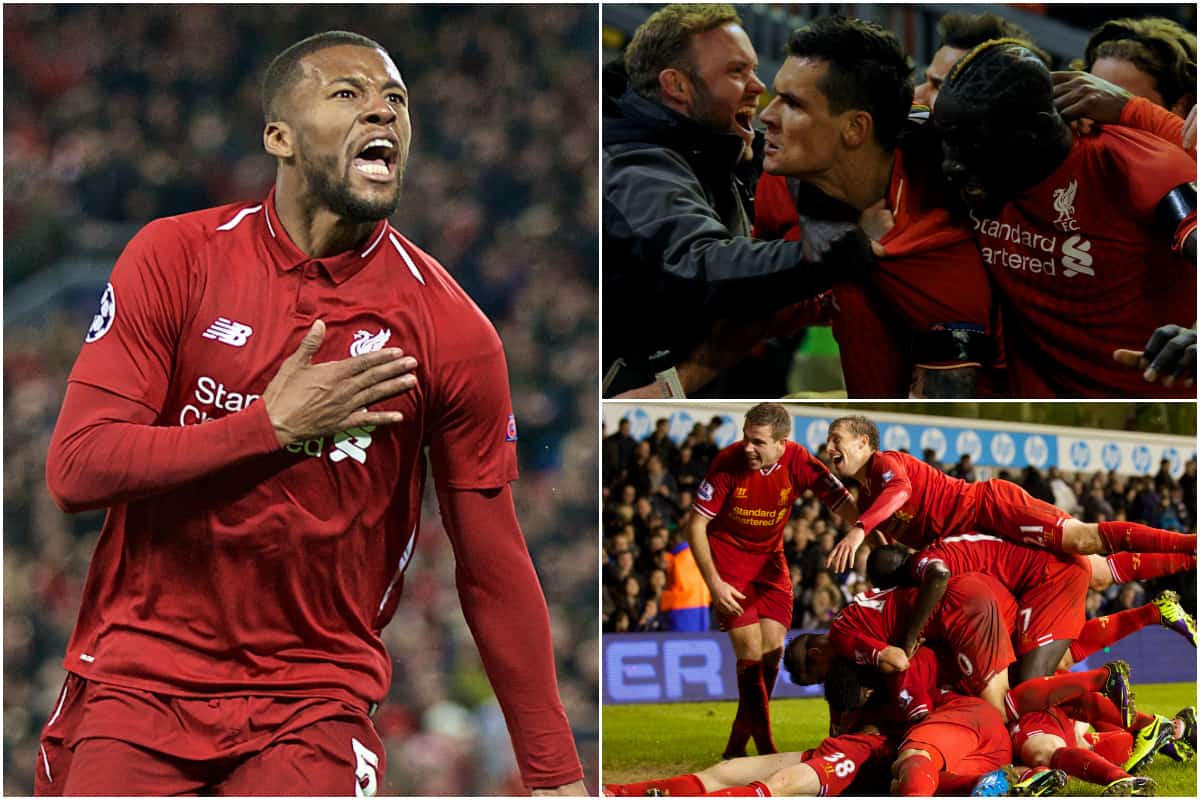 The 2010s are about to come to an end, but which Liverpool matches over the past 10 years stand out from the rest?

It feels like a lifetime ago that 2009 concluded and the end of Rafa Benitez’s time as Reds manager grew close.

Since then, Liverpool have blossomed into the best club team in the world, securing Champions League and Club World Cup glory this year.

The Reds couldn’t be in a better place under Jurgen Klopp and he has overseen some unforgettable matches during his time at the club.

There were also other memorable occasions this decade prior to the German’s arrival, but how many non-Klopp outings make the cut?

Brendan Rodgers’ time as Reds boss may have ended in tears, but he will always have that memorable 2013/14 season.

The second-best display of that unforgettable campaign saw Liverpool annihilate Tottenham 5-0 on their own turf, with Luis Suarez unplayable.

It was one of the first times the Reds actually looked like they could be Premier League champions that campaign, playing some breathtaking football at White Hart Lane.

Call it short-termism, but Liverpool’s stunning victory over Leicester on Boxing Day makes the cut.

Under the lights of the atmospheric King Power, many expected the second-placed Foxes to give Klopp’s men a huge test, but they were outplayed in all areas.

Every player shone bright, not least the incomparable Trent Alexander-Arnold, on a night when the Reds looked every bit the champions in waiting.

Liverpool’s performance was bordering on perfection and the win signalled their biggest title statement yet this season.

This was the game when Klopp truly announced himself as Liverpool manager.

There had been plenty to admire in the German’s first six weeks in charge at Anfield, but they dismantled a strong Man City side on their own turf.

The first half, in particular, was mesmerising, as the likes of Adam Lallana, Philippe Coutinho and Roberto Firmino combined to devastating effect.

Martin Skrtel’s thunderous effort was the icing on the cake and the whole country suddenly sat up and took notice of the job Klopp was doing.

This was a dire game as a spectacle, but last season’s Champions League final has to be included given its significance.

Although it wasn’t an aesthetically pleasing contest, it was easy to admire the ugly nature of the victory considering the Reds’ previous inability to win that way.

When City visited Anfield in January 2018, they were unbeaten in the league and looked like going the entire season without defeat.

Liverpool were spectacular on the day, however, comprehensively outplaying their opponents and going 4-1 up in the second half.

Pep Guardiola and his star-studded team could barely deal with the ferocity of the Anfield atmosphere, even though they pulled two goals back late on.

This was another statement victory, as Klopp showed Guardiola that Liverpool were going nowhere.

The start of this game was the most incredible spell of football Liverpool have ever produced in the Premier League.

Arsenal arrived at Anfield top of the Premier League and full of confidence, but they were 4-0 down after 20 minutes as the hosts ran riot.

Rodgers’ men pressed the life out of the Gunners, also stringing together wonderful counter-attacks and inflicting a devastating defeat on their opponents.

Ignore the fact that the second half petered out a little, for that opening quarter alone this has to be included in the top five.

In some ways, Liverpool’s demolition of Roma has almost become underrated, because the game ended in slightly disappointing fashion.

The Reds humiliated the Serie A side in a Champions League semi-final, though, with Alisson—then at Roma—powerless to do anything between the sticks.

For Liverpool to be leading 5-0 in a match of such magnitude, having played blistering football, was a remarkable achievement.

The two late efforts from Roma did tarnish things, giving them a hint of an upset in the second leg, but this was still a footballing masterclass.

Liverpool’s recent Champions League success can easily make the Europa League run in 2015/16 feel irrelevant, but the win over Dortmund was one of the greatest-ever Anfield nights.

Trailing 3-1 in the second half and needing three goals to pull off a miraculous comeback, the Reds did the impossible.

Dejan Lovren‘s stoppage-time header was a moment to match any in front of the Kop, sending Klopp’s side into the semi-finals.

It was an incredible match and one that will never be forgotten, even though Liverpool eventually fell short of Europa League glory. 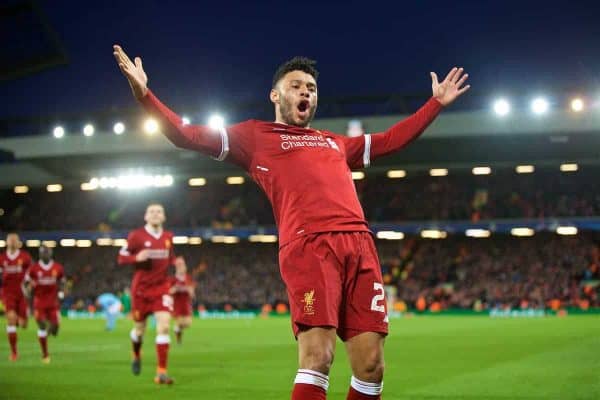 Some may be surprised that this places at number two, but it was as perfect a performance as Liverpool could have wished for.

City were the strong favourites to prevail over two legs in the Champions League quarter-finals in 2017/18, but the Reds’ win at Anfield was imperious.

Not only did they find themselves 3-0 up at half-time, thanks in part to an Alex Oxlade-Chamberlain stunner, but they also defended superbly throughout.

To not allow a once-in-a-generation City side a single shot on target speaks volumes.

There could only be one winner.

Saint-Etienne and Chelsea were both out of this world, and the Dortmund win wasn’t too shabby, but nothing comes close to Barcelona in the discussion of Anfield’s greatest night.

Even the most optimistic Liverpool supporter felt the semi-final tie with Barcelona was over last season, following an unjust 3-0 loss in Spain.

This Reds outfit are special, though, and a combination of an electric home crowd and a staggering team performance saw a 4-0 triumph achieved.

Alisson‘s heroics; Origi and Gini Wijnaldum‘s goals; Alexander-Arnold’s corner—there are too many amazing moments to mention.

It is easy to forget that Liverpool did it all without Salah and Firmino, too.

What is your favourite Liverpool game of the decade? Let us know in the comments section.