Marko Grujic produced a midfield masterclass with a goal and assist at Hertha Berlin, while Sheyi Ojo suffered a painful cup final defeat at Rangers.

Gametime took a downturn this week for Jurgen Klopp’s borrowed Reds, as only six loanees featured.

Despite that limited match action there was no shortage of talking points, as those who played experienced severely contrasting fortunes on a dramatic weekend.

There was a stunning display from Grujic and an agonizing cup final loss for Ojo, while the season came to a successful end for one Red.

Here’s the full lowdown on all the action, starting with that star performance.

Grujic is wasting no time in proving his worth to new boss Jurgen Klinsmann, who was denied his first win as Hertha were held to a 2-2 draw at Frankfurt on Friday night.

In that stalemate Grujic was the star of the show, as he scored one and assisted another to ensure his side took a point back to the German capital.

The assist came first and it was a brilliant piece of play.

Out on the left flank after breaking from midfield, Grujic produced a delightful, one-touch reverse flick through his marker’s legs to release Dodi Lukebakio who put Hertha 1-0 up.

Marko #Grujic with the second!! ?

Grujic himself then doubled the lead on 63 minutes with a real poacher’s effort – converting from close range from Dedryck Boyata’s ball across the face of goal.

It was a man-of-the-match performance from the Serbian, who now has three goals and two assists from 15 appearances this season.

Such contributions will ensure he continues to play a key role as Hertha undertake a new era with Klinsmann at the helm.

There was cup final disappointment for Ojo…

Sunday’s mouth-watering Scottish League Cup final against Celtic presented the ideal chance for Ojo’s Rangers to prove they are back to the force of old.

At a rain-soaked Hampden Park, the Gers missed that opportunity, falling to a 1-0 defeat to their arch-rivals who snatched victory from a game Steven Gerrard’s side dominated.

It made for a day of double-disappointment for Ojo, who was denied the chance to play his part as he watched on from the bench for the duration.

Given how several of Rangers’ attacking players underperformed when it mattered most on the big stage, it may be a move the Reds legend regrets in hindsight.

Ojo – and his teammates – will have to move on swiftly and attempt to bounce back by overhauling their rivals to emerge victorious from the season-long title race.

The season came to an end for one Red… 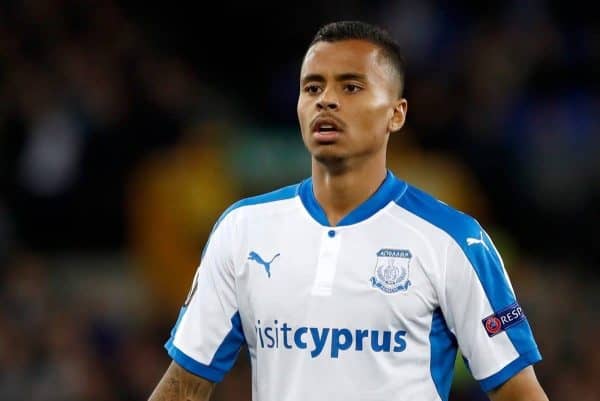 Brazil’s Serie A campaign drew to a close on Sunday night, thus bringing to an end Allan Rodrigues‘ season with Fluminense.

Injury forced the Brazilian midfielder to miss his side’s last two games, including the final day 2-1 victory against Corinthians.

That win signed off what has been a long, hard-fought campaign for Fluminense, who produced a late season surge to finish in 14th place and comfortably avoid relegation.

Allan made 36 appearances in total and posted a solitary assist, and this spell back on home soil has unquestionably been the most rewarding of his senior career to date.

Given how it has seemingly been a successful move for both sides, chances are we now see that deal made permanent.

A mixed bag for the remaining Reds…

Five more loanees joined Grujic in enjoying game time but there was only one who tasted victory.

Loris Karius and his Besiktas team are flying currently, and the German helped his side record a sixth successive win in all competitions with a dramatic 3-2 victory at Kasimpasa.

Elsewhere in the goalkeeper’s union, Kamil Grabara‘s run without a clean sheet in the Championship extended to five games after Huddersfield suffered a 2-0 derby-day loss to Leeds.

North of the border, Liam Millar had an unsuccessful return to Kilmarnock’s starting XI, with the Canadian unable to notch his first goal since September as Killie lost 3-0 at Livingston.

Back in Europe, Taiwo Awoniyi enjoyed a rare outing at Mainz 05 with a welcome extended run-out.

The Nigerian played 45 minutes as his side went down 2-1 to Augsburg, and he couldn’t mark his return with a goal.

Finally, it was another rewarding week at Kidderminster for Rhys Williams, who competed back-to-back full games – first drawing 1-1 against Gateshead before a 3-1 loss to Boston.