Jurgen Klopp says Liverpool’s first clean sheet in 14 games created a buzz in the dressing room and has challenged his players to repeat the trick to reach the Champions League knockout stages.

Goals from Alex Oxlade-Chamberlain, Naby Keita and Mohamed Salah earned another important victory, which was built on the club’s first shutout since September 28.

European champions Liverpool must on Tuesday avoid defeat at RB Leipzig to guarantee progress to the Champions League last 16 and manager Klopp is eager for another solid defensive display.

“I forgot actually how it feels, to be honest. It’s great, we should have that more often,” Klopp said of not conceding. 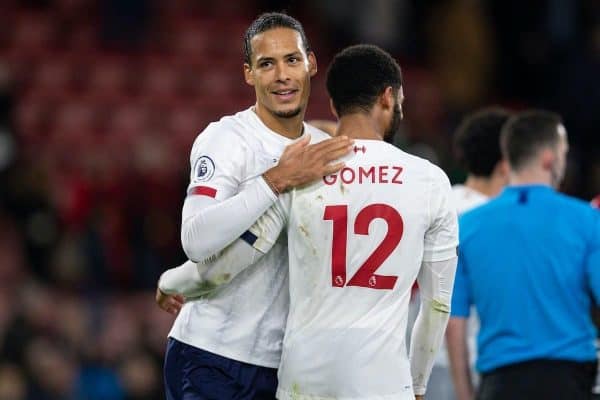 “Obviously everybody was desperate for that and now we have it, so let’s have it more often.

“The next game where a clean sheet would be useful is already around the corner, against Salzburg on Tuesday. It feels good.”

The clean sheet coincided with first-choice goalkeeper Alisson Becker’s return from a one-match suspension, although he did not have a save to make against a team which has now suffered five successive defeats and sits a point above the drop zone.