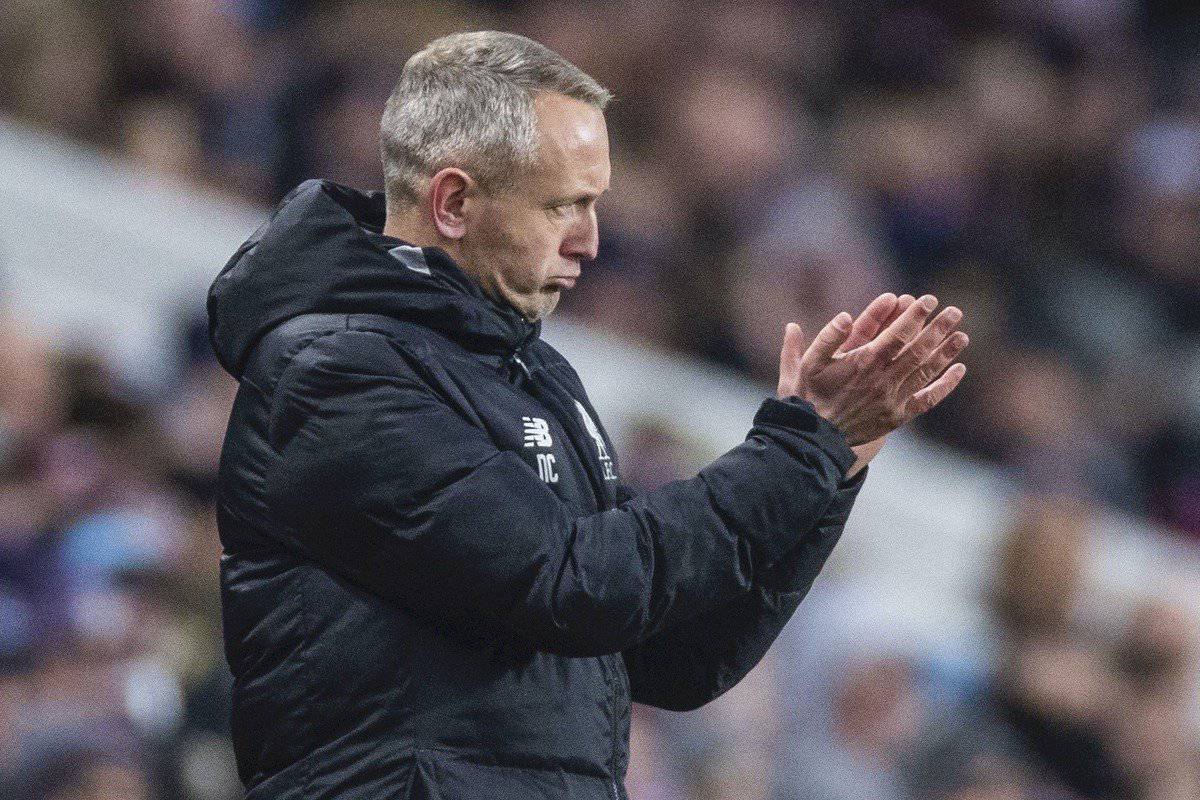 The media praised Liverpool’s youngsters for their efforts in the 5-0 League Cup loss to Aston Villa but heavily criticised the competition’s organisers.

Liverpool’s youngest ever lineup bowed out of cup competition at Villa Park but did so with their heads held high.

On a night that will provide a valuable learning experience, every player gave a good account of themselves and some very positive individual performances were produced.

It was a harsh defeat for Neil Critchley’s youngsters, and here is how the media assessed the loss on what was a proud night for the club. 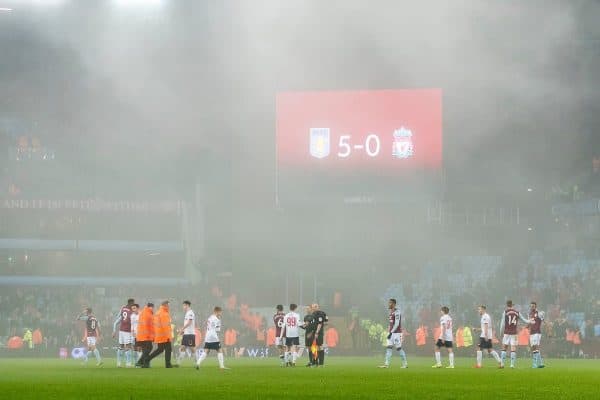 The Liverpool Echo’s Connor Dunn reflected on a night of “embarrassment for the League Cup organisers”, who left the youngsters facing “a near impossible task”:

Instead, this was an embarrassment for the League Cup organisers.

Instead it ended up with the organisers decision compromising Liverpool’s youth players as the boys took on a near impossible task of trying to defeat a strong Premier League team who spent more than £100 million on players in the summer and eased off in the second half.

The Telegraph’s John Percy pulled no punches, labelling the tie “a farcical experience” as Liverpool were forced into fielding such an inexperienced side:

Jurgen Klopp will insist he had no choice as his senior squad prepare to face Monterrey in the semi-final of the Club World Cup on Wednesday, yet this was a farcical experience and a nadir for the competition.

The Mirror’s David Anderson assessed the night as “a new low” for the competition:

Teams treating the League Cup lightly is nothing new, but the two clubs hammered home how unimportant the competition is to them with their respective team selections.

A place in the semi-finals of England’s second most important cup may have been up for grabs, but this game essentially pitted Liverpool’s youth side against Villa’s reserves.

The Echo’s Ian Doyle rightly noted how there was nothing else Liverpool could do for this game, stating how “the Reds’ hands were tied firmly behind them”:

It was farcical that Liverpool, as a club, were forced into this decision at a time when they are representing English football with their aim to become world champions in Doha.

If this competition was in any way devalued by the events at Villa Park, it was of their own doing. The Reds’ hands were tied firmly behind them.

And Neil Jones, writing for Goal.com, feels Liverpool deserved more help and flexibility from those in charge, given the Reds’ success and value to the competition throughout its history:

Liverpool are the League Cup’s most successful club, but this was a night which did the competition no favours whatsoever.

Hopefully, though, Liverpool never find themselves in this position again, having to effectively forfeit a competition that has given the club so much happiness, and so much success, in the past. 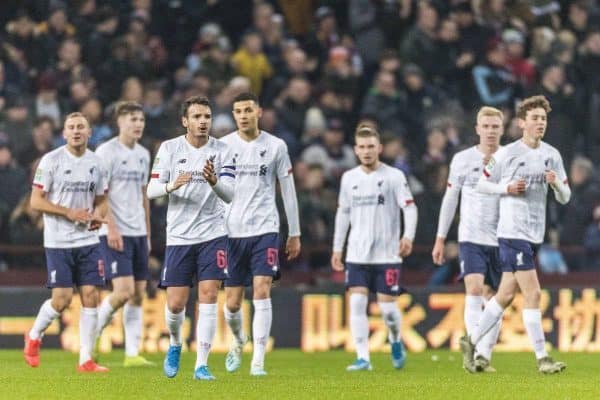 On the performance, Jones praised the young Reds for playing with such maturity that the huge chasm in experience between the sides was “barely noticeable”:

There were times, particularly in the first half, where the gulf between the sides in terms of experience was barely noticeable.

Dunn thought the Critchley’s young side surpassed expectations performance-wise and assessed that the scoreline was harsh:

Despite the 5-0 scoreline – four of the goals coming in the first half – and the fact the Reds were knocked out of the Carabao Cup by Aston Villa, the young players did more than anyone could have even expected of them.

The result was not at all a fair reflection of the game and in reality a senior Premier League side stocked with fully fledged international players was the only real difference between the teams.

Our own Karl Matchett was particularly pleased to see the young Reds play with the same identity as Jurgen Klopp’s first-team:

Play our way, from seniors to youth. That’s the approach, that’s the aim, and that’s certainly what we could see aspects of, even in a defeat.

Here, on a grander scale, it was the same. Playing from the back, buildup work with triangles in the channels, the 4-3-3 basic shape and full-backs looking to get forward and cross from deep. Pepijn Lijnders has spoken about the first team’s identity in recent weeks; here it was in evidence that those below that level are attempting to follow suit.

The Independent’s Mark Critchley wrote how the night “will be an unforgettable experience” which will provide a valuable lesson on what it takes to compete at senior level:

But for most of Liverpool’s players, this was about learning lessons on what it takes to compete at senior level.

It will be an invaluable, unforgettable experience for them, even if it ended in an unfortunate but predictable defeat.

Herbie Kane was “the pick of the bunch”, in the view of ESPN’s Nick Judd:

The pick of the bunch, Kane was central to everything and had a number of goal-scoring opportunities. In the first half he was twice thwarted by Orjan Nyland and again in the second, once from point-blank range.

The Telegraph’s Jake Goodwill was impressed by Ki-Jana Hoever, stating that Liverpool “have another young star” emerging at right-back:

Liverpool look like they have another young star at right back.

The Dutch defender was good going forward and linked up well with Elliott. Confident showing from the 17-year-old.

Anderson was most impressed with Harvey Elliott and applauded the 16-year-old’s mentality in how he was “completely unfazed” at playing on the biggest stage:

He was completely unfazed at playing the biggest game of his fledgling career and twice went close to scoring in the opening minutes.

It is easy to see why Liverpool fought so hard to prise him from Fulham in the summer and he is a real talent. 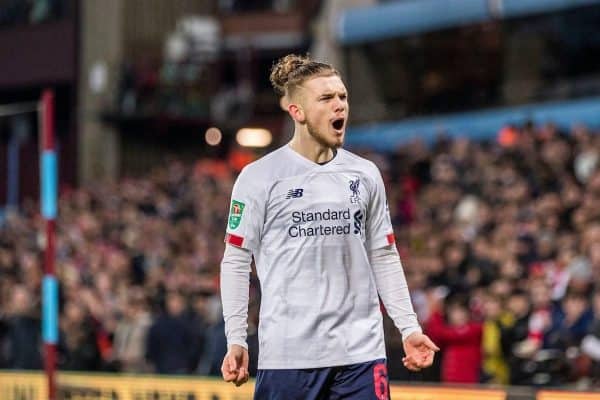 He played on the right wing but it is his cultured left foot that is his key weapon, making difficult passes look easy and always offering a threat to the opposition – even when they are seasoned professionals – when on the ball.

Finally, TIA’s Henry Jackson praised Neil Critchley for bringing such a promising level from the young Reds, and instilling a bravery in his team to express their football on the biggest stage:

While history will suggest the Reds took a League Cup thumping, that wasn’t the case at all and they played the better football at times.

Critchley deserves huge credit for that, instilling a fearlessness in his players and filling the void left by Jurgen Klopp.