Liverpool host Everton on Wednesday night at Anfield; here are the key stats and facts ahead of the first Merseyside derby of the season.

Liverpool have won 77 of the 200 league meetings, drawing 66 and losing 57, while in all competitions they have emerged victorious in 93 of the 233 Merseyside derbies with 66 defeats and 74 draws.

It is English football’s most-played derby.

In the Premier League there have been 54 encounters with Liverpool winning 23 and Everton only nine. 22 have finished all-square.

At Anfield, Liverpool have won 13 of those games and lost two, with 12 draws.

The Reds have lost just three of the last 39 meetings in the Premier League home and away, all at Goodison, and are and are unbeaten in the last 17. That 17-game run without defeat is easily a record between the sides.

At Anfield Liverpool are unbeaten in the last 19 top-flight meetings, winning 10 and drawing the other nine.

Jurgen Klopp is unbeaten in eight league and cup meetings with the Blues, winning five and drawing three.

Virgil van Dijk scored the winner on his Liverpool debut against Everton at Anfield in the FA Cup in January 2018.

Divock Origi, with three, has scored more derby goals for Liverpool than any other current Reds player.

Roberto Firmino has yet to score against Everton in eight appearances.

At either end of the pitch 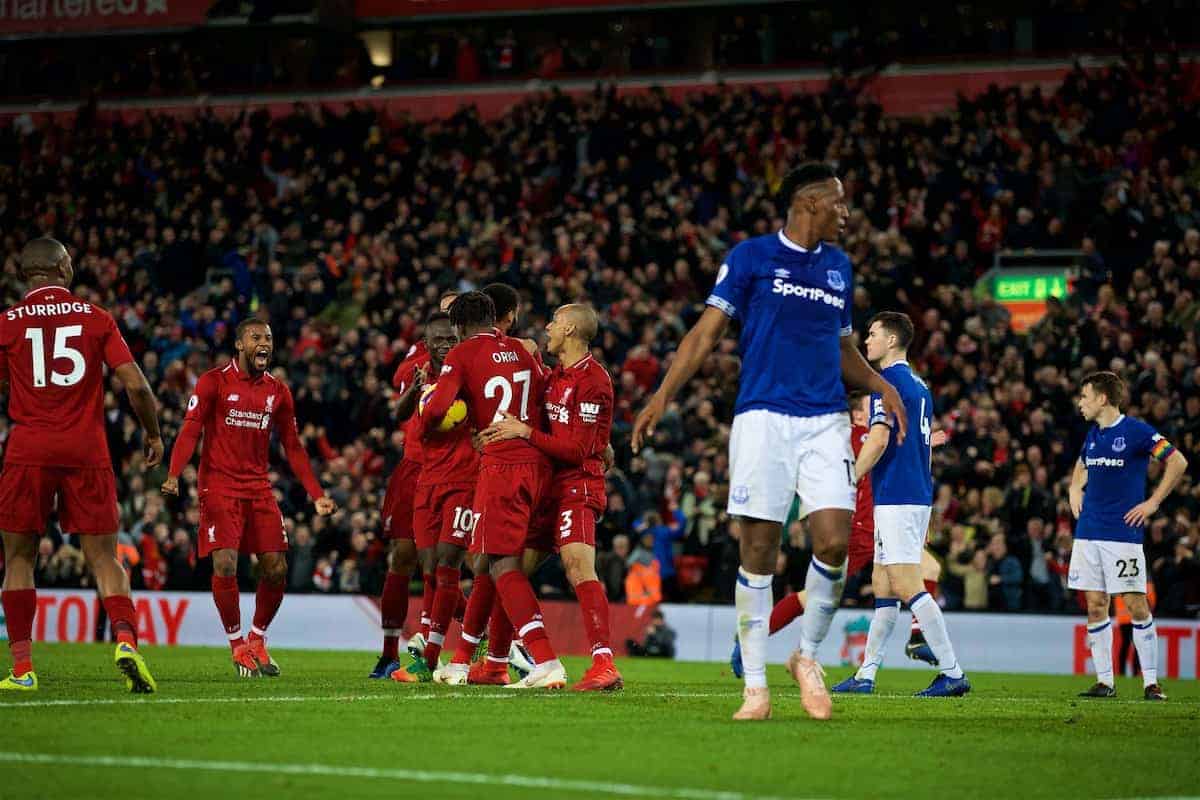 Liverpool have kept three league clean sheets in a row against Everton. They are seeking a fourth in succession for the first time since April 1976, the last in a sequence of nine in which the Blues failed to score.

It is 12 games since Liverpool last kept a clean sheet, in league and cup.

Liverpool have scored five stoppage-time winners against Everton in the Premier League—the last being Origi’s last-gasp goal in this fixture this time last year. 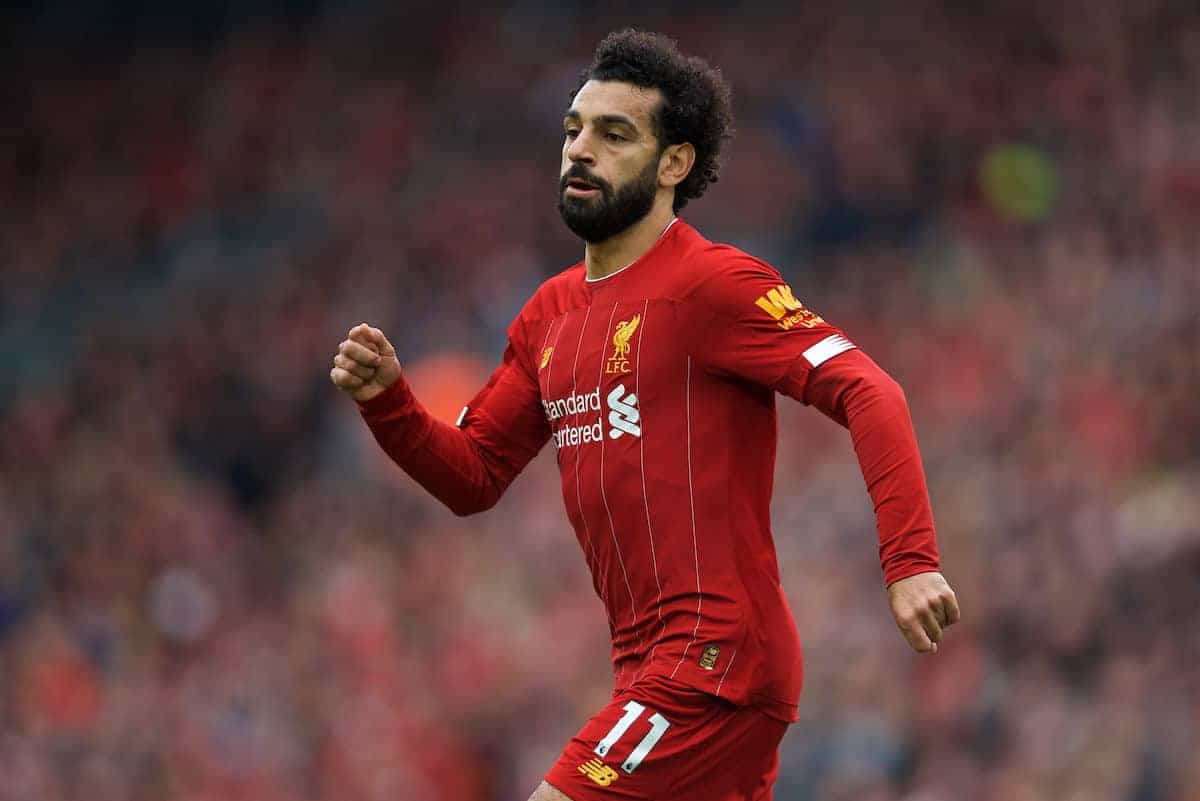 Mo Salah could make the 100th Premier League appearance of his career, the first 13 of which came with Chelsea.

Andy Robertson is in line to play his 100th game for Liverpool in league and cup.

The next appearance for Joe Gomez in the Premier League will be his 50th for the Reds.

Jurgen Klopp is one short of recording 100 league wins as Reds manager. This will be his 159th game. The man who has reached a century of league victories in the fewest number of games is Kenny Dalglish, with 167.

The Reds are unbeaten in the last 98 Premier League games (89 wins and nine draws) at Anfield when leading at half-time since losing to Arsenal in December 2009.

Records are there to be broken 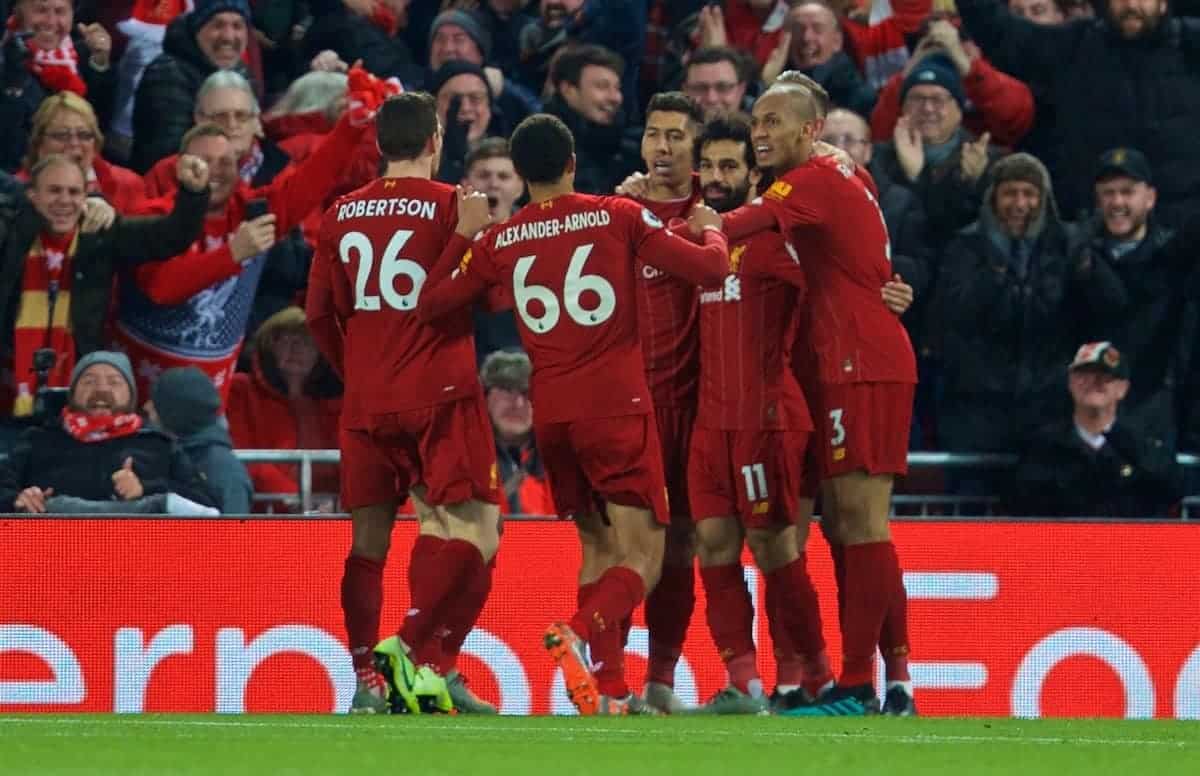 Liverpool have won 14 consecutive league games at Anfield since Leicester came from behind to draw 1-1 in January. It is their joint second-best such run at home.

Their longest saw them win 21 successive home league games from January to December 1972.

Last Saturday they equalled the club record of 31 league games unbeaten, previously set between May 1987 and March 1988.

That run was ended by Everton at Goodison Park, when Wayne Clarke scored the game’s only goal. Liverpool went on to win the title.

Jurgen Klopp’s men are unbeaten at Anfield in 47 league games, winning 37 and drawing 10. They have been behind for a total of 154 minutes, 51 of those coming against Tottenham in October. 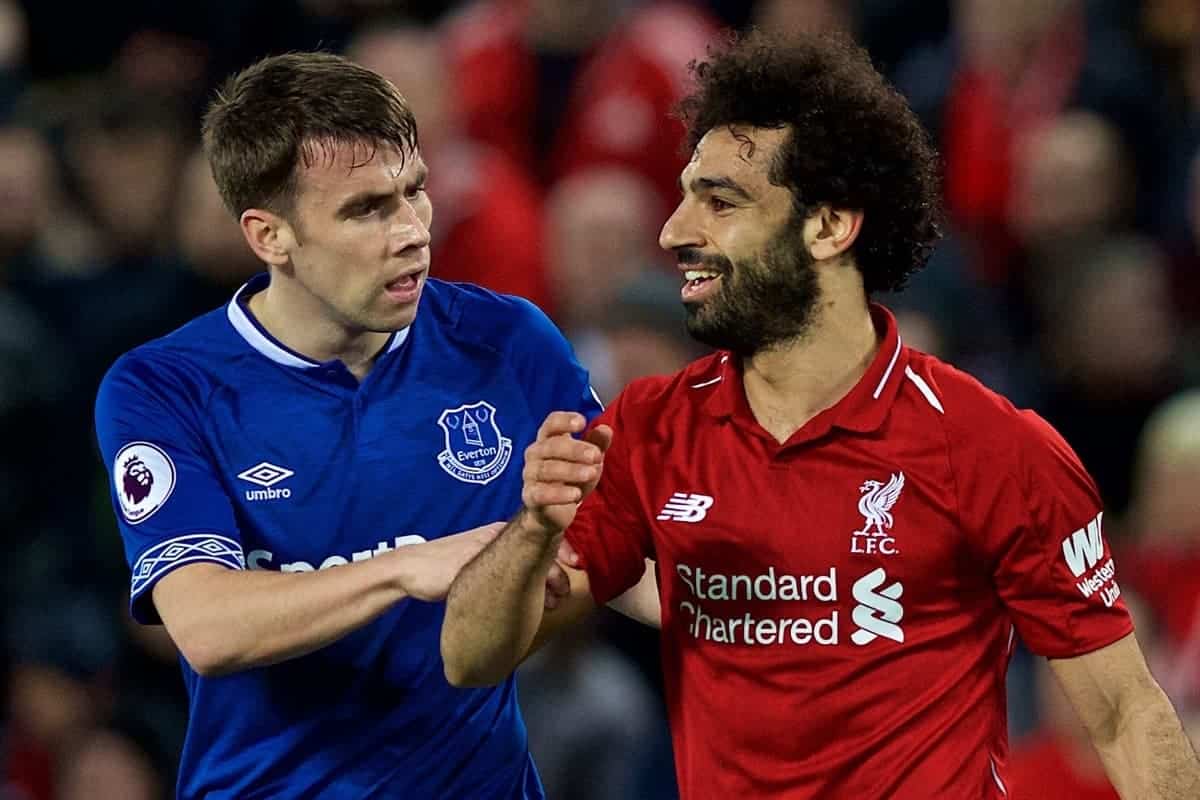 Two players still at Goodison were in the Blues team the last time they beat Liverpool. Leighton Baines and Seamus Coleman both started that game in October 2010.

Everton have scored more than twice against Liverpool in two of the last 105 league meetings.

Marco Silva has contested four games against the Reds as a manager, winning one and losing one. He won 2-0 with Hull in February 2017.

He has been in charge for Everton for 52 league games, taking 68 points, scoring 68 and conceding 68.

They have scored six goals on the road this season in the top-flight. Only Norwich (three) and Watford (five) have netted fewer.

Everton have not won in the last 33 away league games against sides that occupied top-four positions on the day, drawing 10 and losing 23.

The Blues are currently eight points worse off than at the same stage of last season.

They have not won any of 23 league fixtures under Marco Silva when conceding the first goal, drawing four with 19 defeats. 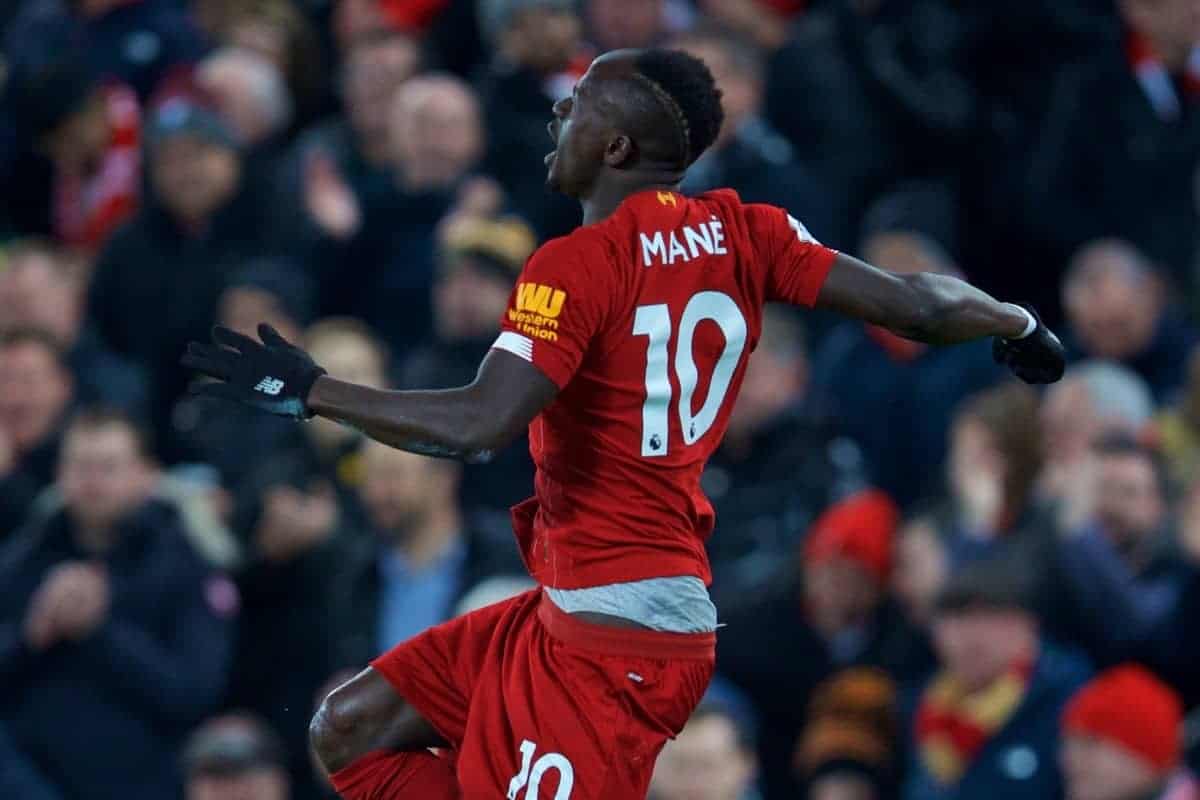