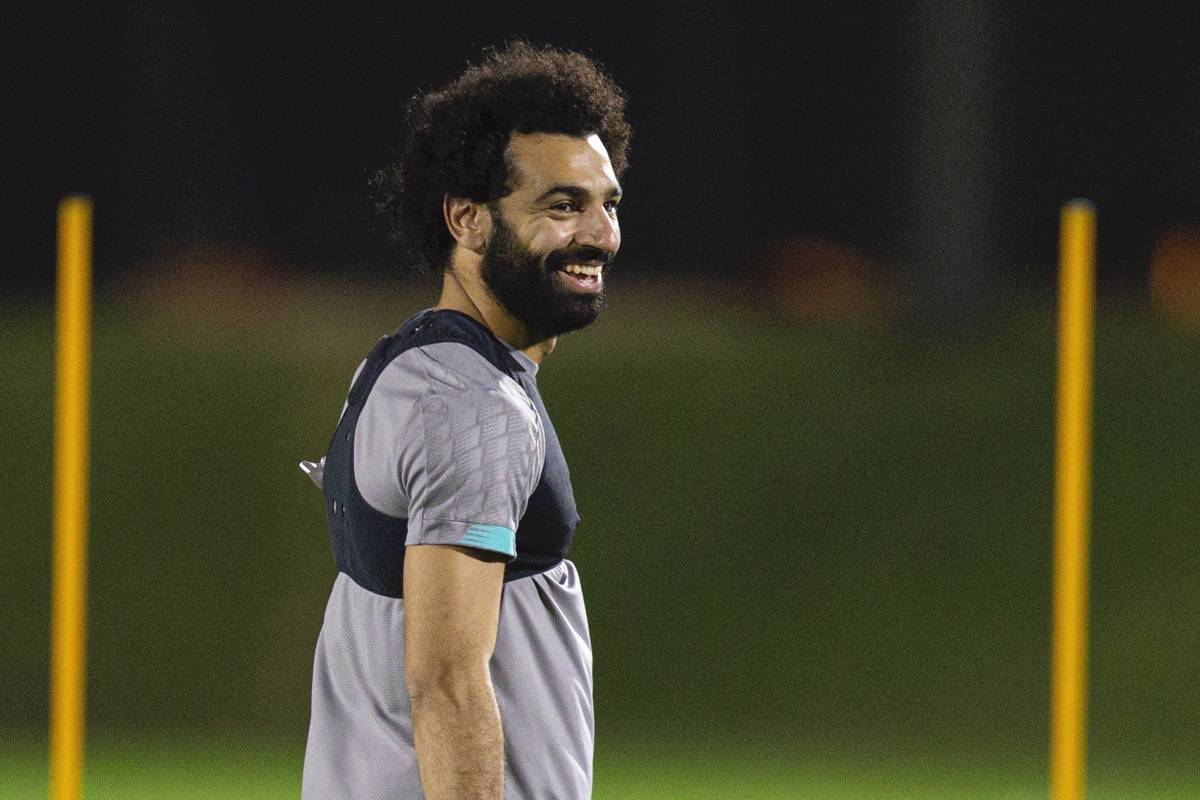 Mohamed Salah is expected to be the central figure in Liverpool’s Club World Cup semi-final against Monterrey in more ways than one.

The Egypt international is the world’s most high-profile Arabic player, a figurehead for the whole community, and his appearance in Qatar has only increased interest locally.

Salah has returned to form at exactly the right time with four goals in three matches – now the club’s joint top scorer with 13 – after finally fully recovering from an ankle injury initially sustained in early October which hampered his progress.

“It is our life, it is the life of a footballer. You get a knock, but you don’t have time really to deal with it,” said manager Jurgen Klopp.

“Then everybody thinks, medical department, coach, player, everything is fine, until then you get the next knock in the game, and you don’t say ‘Oh, I feel it again’. It just makes it that bit more difficult.

“The boys are so quick, and they have to make all these decisions, what they do in a game is completely instinctive and your body gives you information without coming here into your head, it just stops here in the heart.

“You have something, a knock and it hurts and you can not really move.

“You saw a few finishes from Mo, two or three weeks ago and I thought ‘OK, that’s interesting’.

“So now obviously you can see he’s back, and that helps us a lot.” 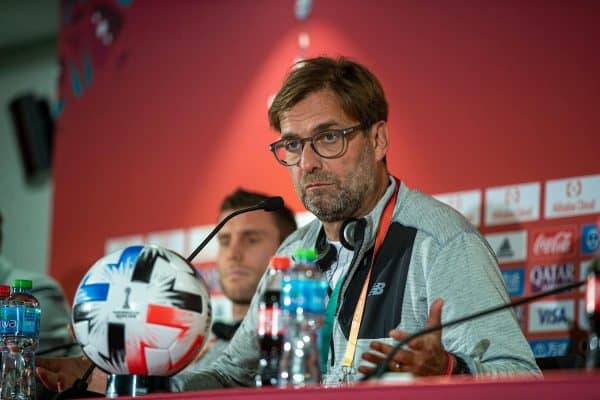 At his first press conference in Doha, Klopp was asked about the country’s human rights record, which has been criticised for its treatment of the LGBT community and migrant workers, but he side-stepped the issue.

“This is a real serious thing to talk about and the answers should come from people who know more about it,” he added.

“I have to be influential in football but not in politics. My personal opinion is of course I think we should all be treated equally, that is clear.

“But we don’t have the time to judge things when we are here, we only have time for training.”

Klopp, meanwhile, was forced to watch from afar the youngest Liverpool side in history suffer a 5-0 Carabao Cup quarter-final defeat at Aston Villa.

Prioritising the Club World Cup over the much-maligned league cup resulted in the club’s Under-23 coach Neil Critchley taking charge of a Reds team with an average age of just 19.

With first-half goals from Conor Hourihane, an own goal from Morgan Boyes, and a brace from Jonathan Kodjia, along with one from Wesley in second-half added-time, the scoreline flattered Villa, who were indebted to goalkeeper Orjan Nyland for making a number of superb saves.

Critchley, though, conceded to being “incredibly proud of that performance”.

He added: “I don’t think we did too many things wrong. We played right to the end, and we played like a Liverpool team. We couldn’t have done any more.”