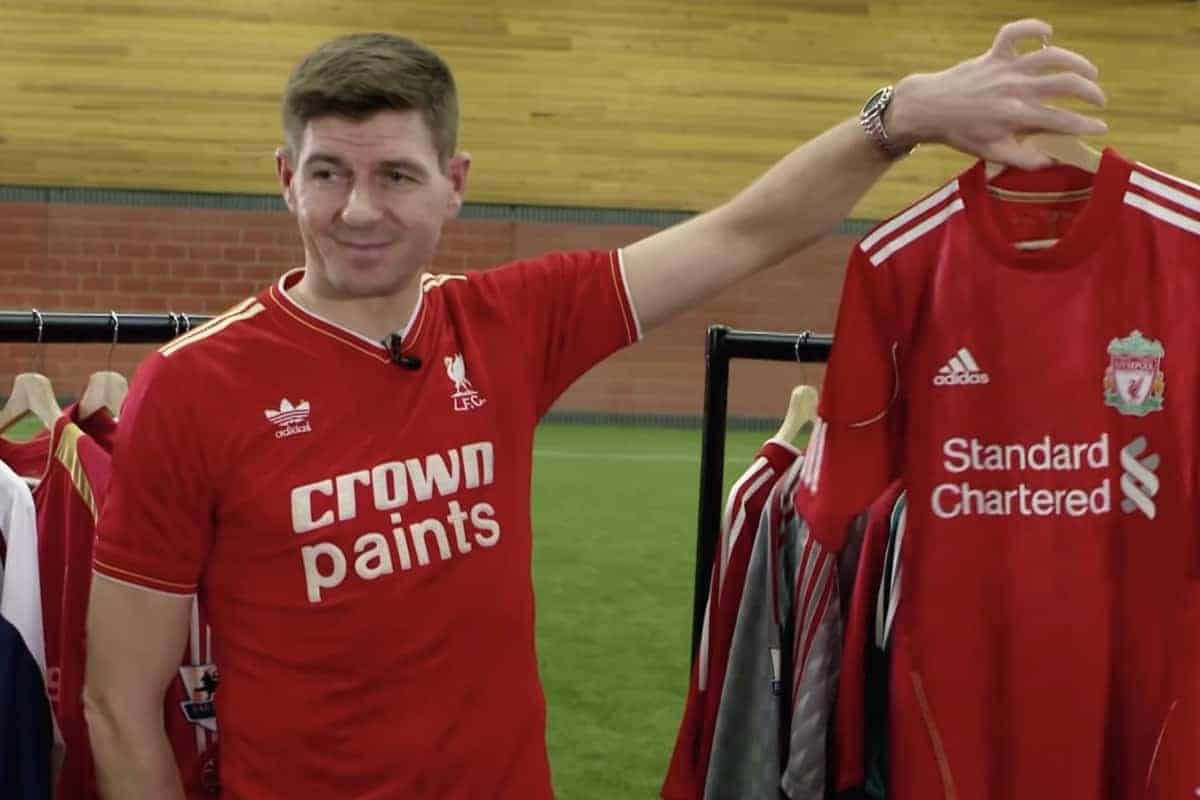 Steven Gerrard is the latest to take part in BT Sport’s “What I Wore”, showcasing his iconic jerseys and memories from his iconic career.

The legendary former Liverpool captain left behind a host of trophy wins and magic moments when he departed Anfield, having played over 700 times for the Reds.

Looking back through his shirt-based recollections brings up some truly unforgettable times—mostly from his time with the Anfield club, of course.

First, he picks the Reds’ classic ‘Crown Paints’ shirt of 1985 to wear for the show, explaining how the FA Cup final between Everton and Liverpool in 1986 swayed him to be a red.

“Everton went 1-0 up I thought I might be an Everton fan but we managed to turn it around and win 3-1 and I became a red forever,” he explains.

There are a few others in there too, though: Everton, England and LA Galaxy all get a look-in, as well as Tottenham, Olympiacos and AC Milan for rather different reasons.

It is the red of Liverpool, though, which holds most memories and brings the biggest smiles to Gerrard’s face.

Speaking about his final game for the club, Gerrard explains: “I didn’t want that game to come, ever.

“I loved the reception I got but I hated it because I knew that day I would never represent Liverpool again and even now thinking about it, it is still really emotional.”

It’s not just Gerrard’s own jerseys, though, which were looked at.

Gerrard’s shirts from his debut, from earning the captaincy and from winning the Champions League final of course all get their moment, as well as the grey kit worn at Old Trafford in Gerrard’s “kiss the camera” game.

There are words of praise for Fernando Torres and the partnership they had, as well as Luis Suarez’s talents – the best player he’s ever played with.

Gerrard also picks his two best shirts: one for a footballing memory, one just for looks.

It’s a brilliant video giving an insightful look back with the man himself, and definitely one containing a shirt rack all fans would love to have as their own!