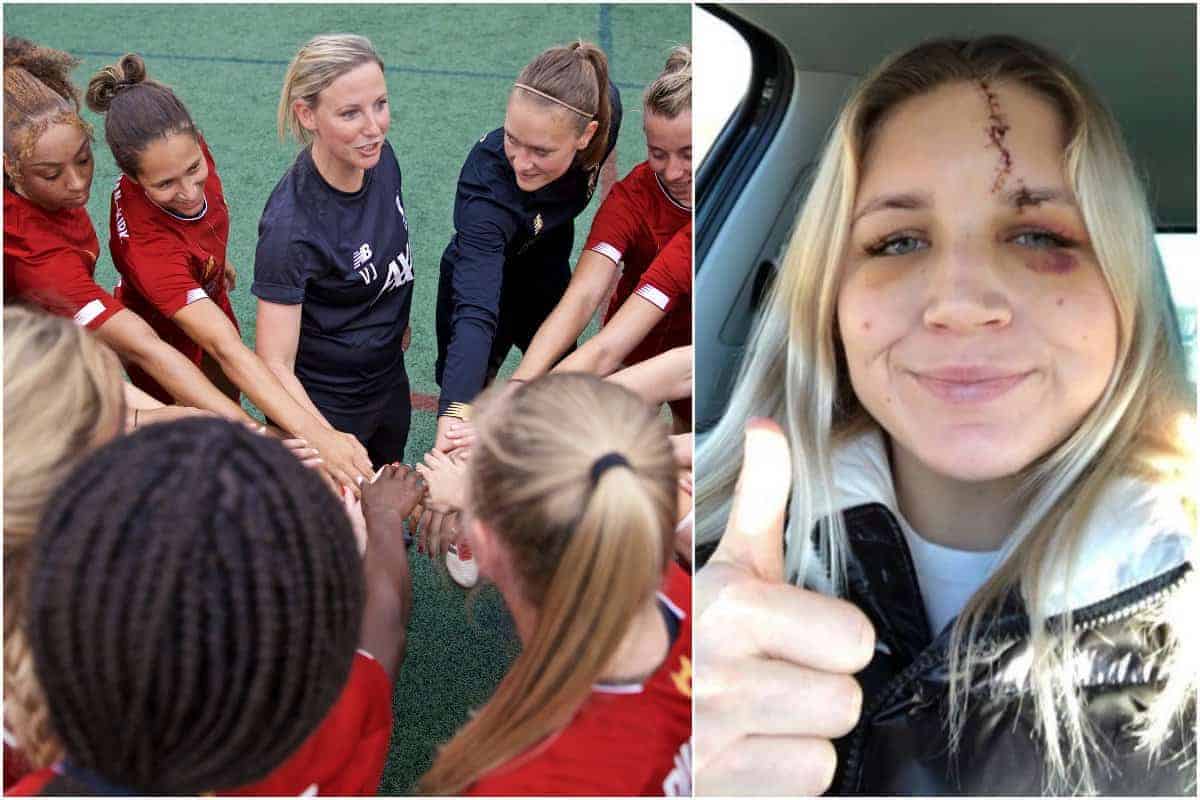 Jepson called upon December signing Rachel Furness for only the second time on Sunday, with the Reds making the trip to Bristol City.

With City three points above Liverpool at the bottom of the WSL table, it was a crucial game for both sides, and one headlined by an brilliant performance from the ex-Tottenham midfielder.

Furness played an excellent through ball for Rinsola Babajide to hit the post in the first half, before opening the scoring with a poacher’s effort at the far post and, later, hitting the crossbar after the break.

Her goal brought the first three points of the WSL campaign for Liverpool, and speaking to LFCTV after the game, Jepson hailed her No. 27.

“I’m delighted with Furney. It’s her presence on the pitch, not just what she can bring when she’s on the ball,” she said.

“We said get Furney in the box, deliver the balls in and she’ll get on the end of it.

“[It was] fantastic for her to get a goal, well-deserved, and then she nearly had another one when she hit the crossbar in the second half.

“So she deserves to be celebrating that goal with the rest of the girls, I know they’ll be absolutely delighted on that coach back.’

The game was notable for the absence for Kitching, however, after a run of four starts for the 21-year-old that had seen her wrest the gloves from Anke Preuss as first choice.

Kitching took to Instagram to share a graphic photo of an injury she sustained in training last Tuesday, which left her with multiple stitches in her forehead and two black eyes.

“So this happened in training on Tuesday hence why I’m not with the girls for today’s game,” she wrote.

“This has got to be the worst injury I’ve ever had as a goalkeeper.

“But after a lot of swelling and pain (and looking like a cabbage patch doll) I can finally say I’m feeling a lot better and ready to get back out there with my girlies!

“I’m supporting them every minute from home.”

It is a sickening injury for the young stopper, and Kitching may face a challenge to reclaim her starting spot when she returns.

Preuss, starting in her stead, saved a penalty from Charlie Wellings to secure the result in Stoke Gifford—which saw Liverpool leapfrog City into 11th.