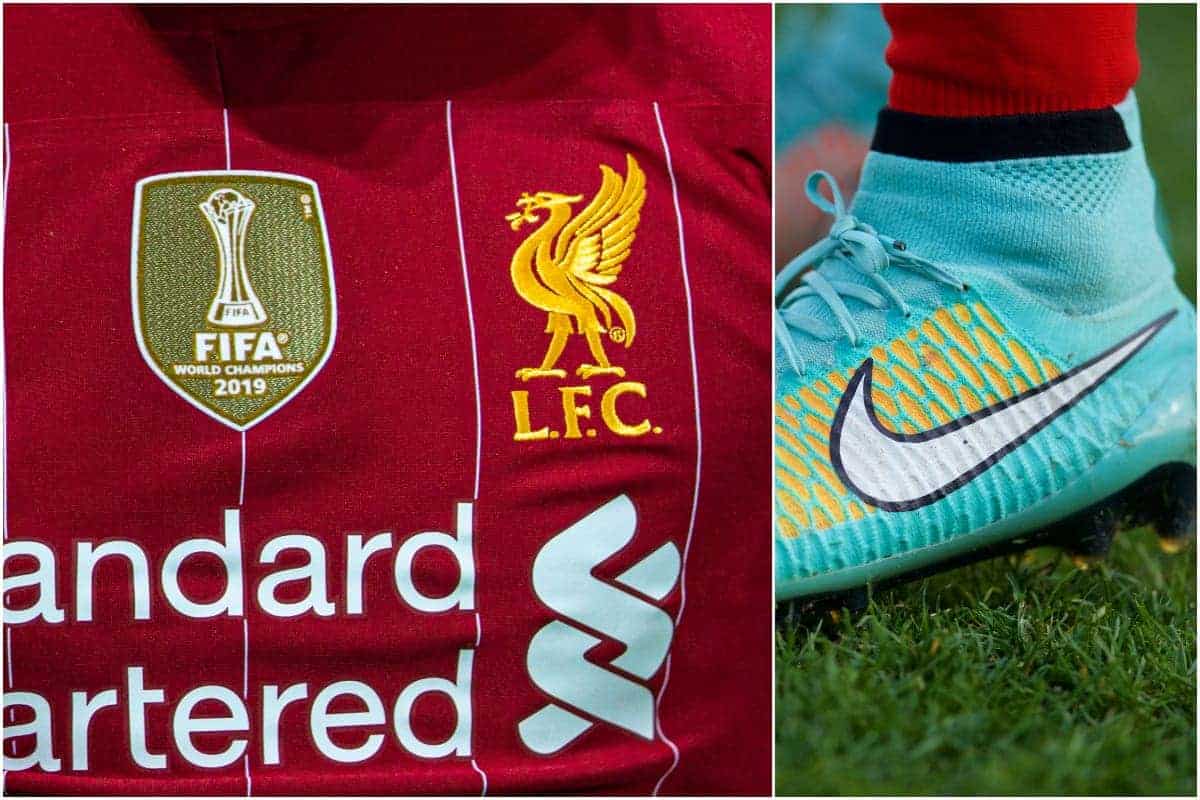 Liverpool have officially signed with Nike for the 2020/21 season and beyond, and thoughts have swiftly shifted to how the Reds’ new kits could look.

After a High Court case ruled against current supplier New Balance, Liverpool were free to finalise terms for their agreement with Nike, which was then confirmed on Tuesday.

The American-based company will now supply kits for the first team, academy and women’s sides starting from June 1, in a lucrative deal which is worth £30 million a year plus royalties.

It is the first time Nike and Liverpool will work together and that, of course, has led to various suggestions and concepts created regarding what the Reds’ new kits will look like.

Designs have already been agreed, with a deep red set to be favoured for the home shirt while a hyper turquoise and dark grey are rumoured to have been given the green light for the away and third kits respectively.

But with nothing confirmed as of yet, here’s a look at a number of concept kits from around social media.

A trifecta of kits, with black & turquoise the favourite choice away from Anfield…

Brand new Liverpool Nike concept designs, based on the mid-90s home and away shirts – which one would you go for? #LFC #Liverpool #Anfield #Mane #Origi #Salah #YNWA #LiverpoolFC pic.twitter.com/mTm8uxBCUy

Looks like @Nike will be the kit producers for next season ???
Here are some concepts based off of leaks ??
What Do you think ?? #Nike #LFC pic.twitter.com/y87ACB8ntX

So Liverpool is changing to Nike next season…#Liverpool #YNWA pic.twitter.com/kcKckCdixx

With Liverpool F.C partnering with Nike next season could we see them creating a concept kit with global superstar and Nike athlete @KingJames who has a small stake in the club.

And here are those claimed as being next season’s designs…

Based on the information leaked so far pic.twitter.com/1Q8B43kb1z

Liverpool are unlikely to reveal their new home kit until the summer, with announcement for the away and third kits typically following that.

Jurgen Klopp‘s side will not wear next season’s kit on the final home game of the campaign, as per tradition, due to the terms of their agreement with New Balance.