Jordan Henderson has insisted the focus remains the same after a 2-0 win over Man United lifted Liverpool to 16 points clear at the top of the league.

With Man City and Leicester both slipping up earlier in the weekend, the pressure was on the Reds to secure the result they needed at Anfield.

It came against the only side to take points off them this season, and though it was a tough battle, goals from Virgil van Dijk and Mohamed Salah clinched the victory.

Liverpool now sit 16 points clear of City, and 19 above Leicester, with a game in hand over their closest rivals in the title race.

But the message remains the same, with Henderson telling Sky Sports after the game that “we’re not really thinking about the end again.”

“Why should we change now? Why think about the end of the season? There’s still a lot of games left,” he said.

“We’ve taken it by each game for a long time now and it’s put us in good stead, so there’s no need to change.

“The crowd were unbelievable again today, but for us as players it’s the next game, the next challenge.

“The Premier League is tough, there’s some tough teams, United played well at times today, but overall I felt as though we deserved the three points.” 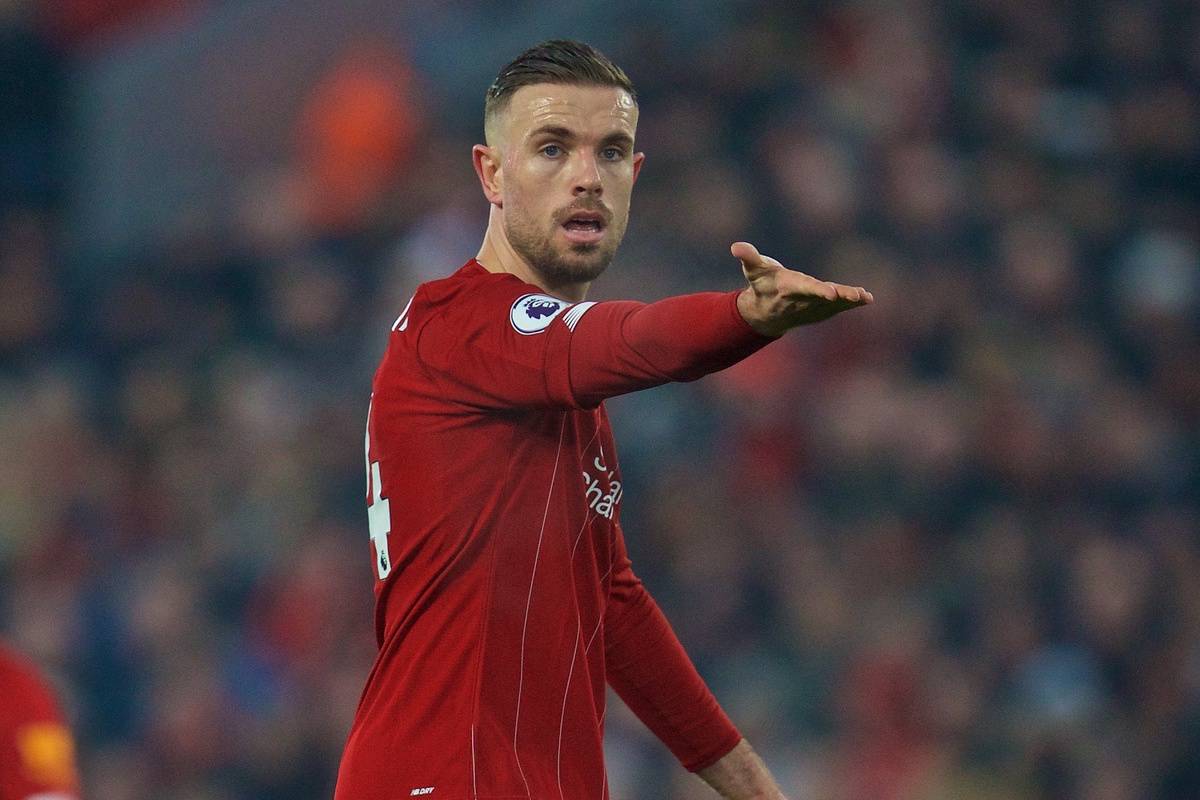 Henderson is the club’s longest-serving player, and the only remnant of the title tilt under Brendan Rodgers in 2013/14, with the captain witnessing a drastic change on Merseyside.

His experience shone through as he explained that “there’s always expectation,” and Liverpool need to “stay hungry” despite their resounding lead.

“It is special, we’re enjoying our football, but you’ve got to stay hungry, you’ve got to keep learning, keep wanting more, and to be fair this group of players wants to do that.

“Of course the manager’s on us all the time to improve, and we know that we can certainly improve. 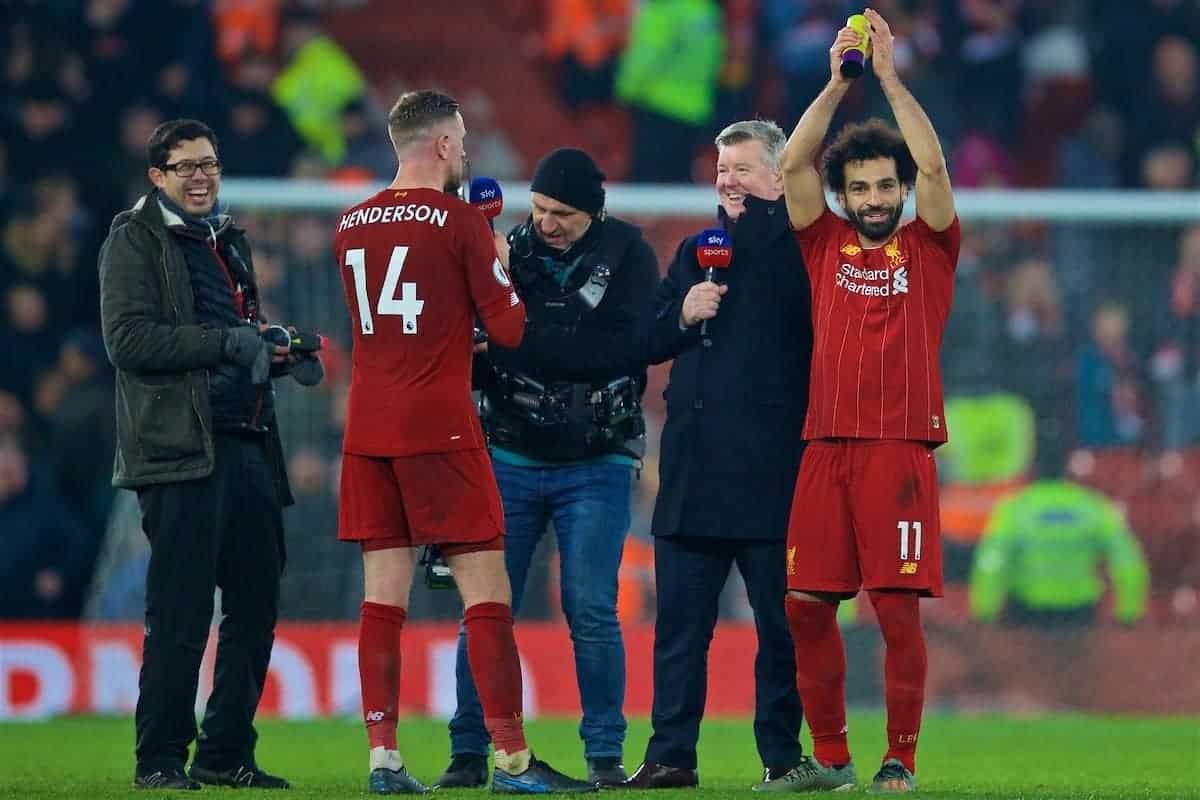 Salah’s last-minute strike capped a deserved win, with the Egyptian mobbed by Alisson after the goalkeeper’s stunning assist, and joining Henderson for the interview he echoed his words.

“I think we just need to keep focusing on each game, we don’t have to think like ‘now we’ve won the Premier League‘,” Salah said.

“We just need to take it game by game, that’s the only way we can win the Premier League.

“We struggled last season at the same time, so we just have to keep calm and focus on each game.”

There is little time to reflect on this 21st win of the league campaign, as Liverpool are in action again on Thursday night, with a visit to sixth-placed Wolves.

United’s slip-up at Anfield has opened up the prospect of Nuno Espirito Santo’s side leapfrogging them into fifth, which will no doubt ensure a difficult task for the Reds at Molineux.