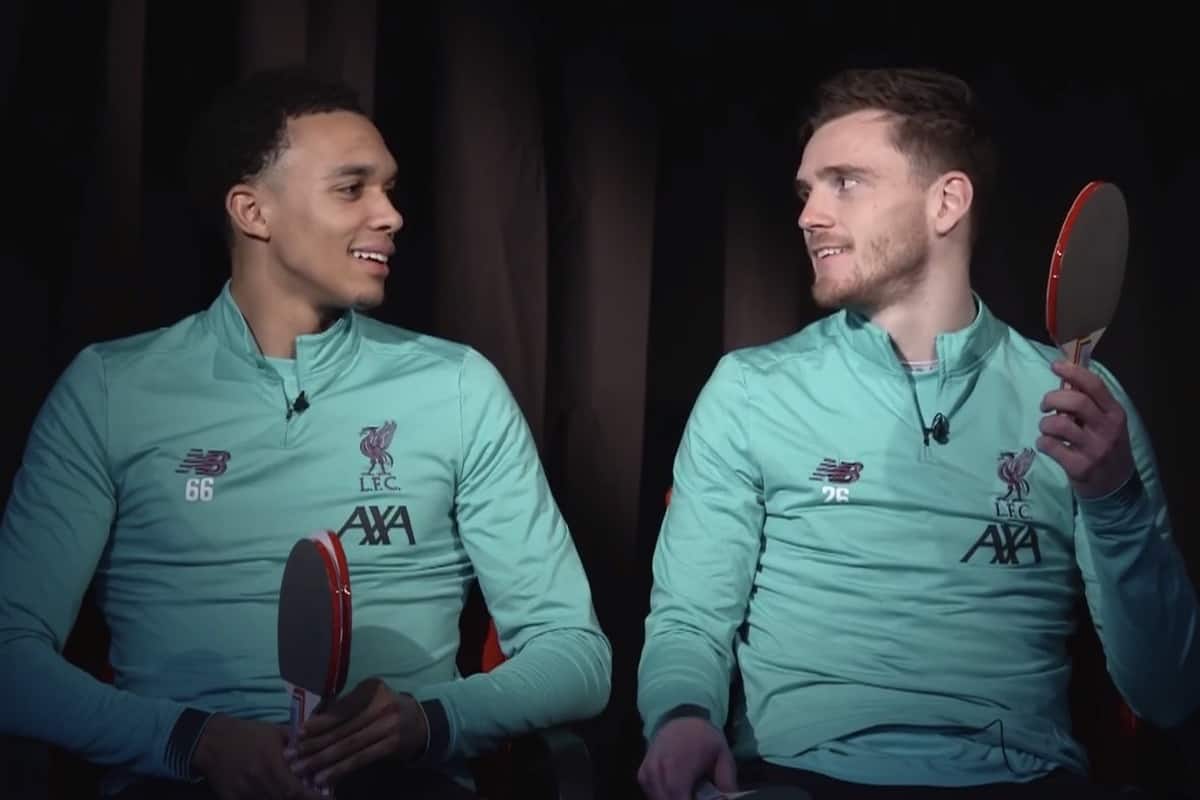 Trent Alexander-Arnold and Andy Robertson share a friendly rivalry on the field, and it was brilliantly put to the test in a Mr and Mrs. game.

The full-back pairing enjoy a spirited and competitive relationship, pushing each other on as two of Liverpool’s key creative outlets.

The duo are easily among, if not, the best in their respective positions in world football and their assist competition – which Trent currently leads 12-7 in the Premier League – has been a hallmark of their relationship over the past few seasons.

Both established themselves in Jurgen Klopp’s side in 2017/18 and have not looked back, with their on-field competitiveness being matched by an off-field friendship which is often fuelled by humorous remarks on and off social media.

They’re never usually short of anything to say to the other and Sky Sports put them to the test with Mr and Mrs style questions, where the only options for answers were themselves or their opposing full-back.

It, of course, led to hilarious results as they debated if pineapple belongs on a pizza and who is Klopp’s favourite, with a “similar story” vs. “starting my career with him and being a product of him” the two presented arguments.

We won’t give away how they settle on the final answer to those all-important questions, but things then took a turn as their statistics this season in the league were presented to them.

From who has the most assists, interceptions, tackles and sprints – and there was even time for a dig at Virgil van Dijk for how he always looks so fresh and elegant walking off the pitch.

Although Robbo kept forgetting Sky Sports do not have rights to the Champions League and therefore none of his feats in Europe were considered, something he did coyly apologise for bringing up.

There were also moments of shock for particular answers but they are quick to appreciate each other’s strengths, while also being self-critical – with Trent light-heartedly acknowledging his role in Newcastle’s goal at Anfield earlier in the season.

The video is another example of their camaraderie and the spirited in-house competition which pushes each other to be the best they can be, but you’ll have to watch to see who came out on top in this particular game.