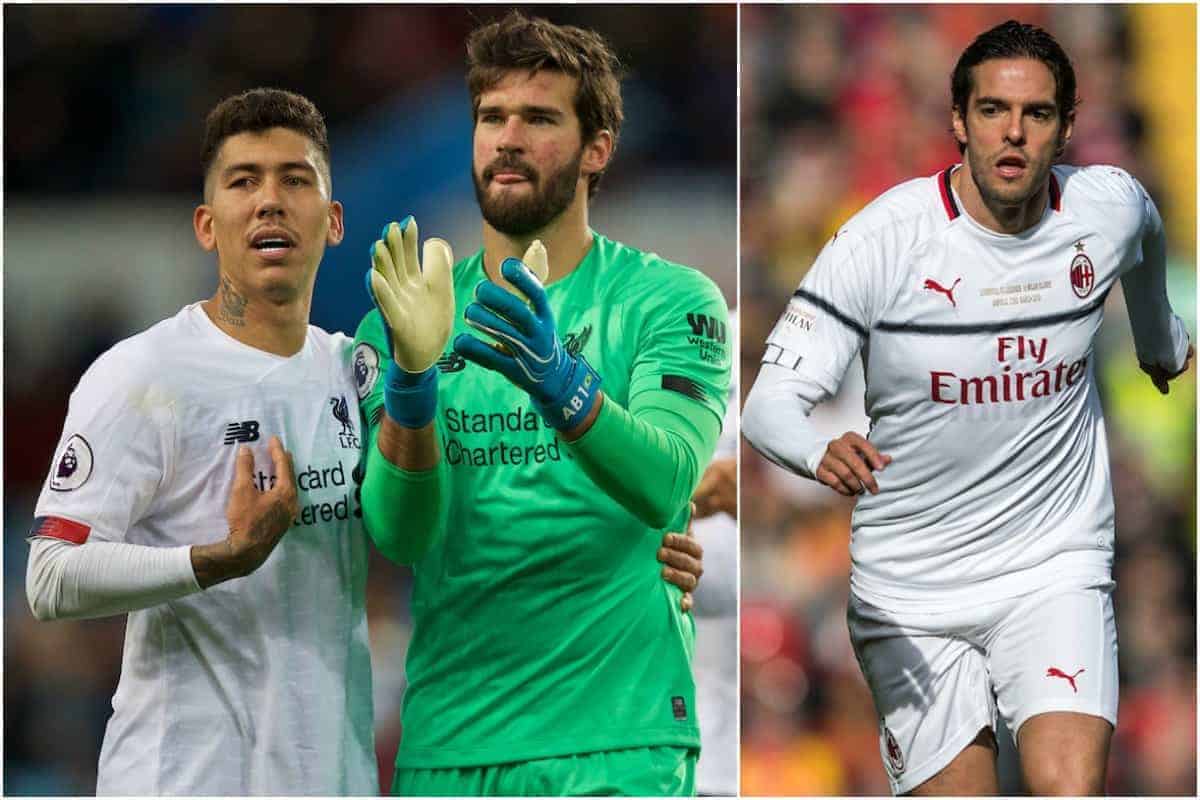 Brazil and AC Milan legend Kaka has heaped praise on Liverpool’s Brazilian contingent and the “pioneer” overseeing their work.

The Reds’ blistering form has caught the eye of a number of admirers from near and far in recent times, and Kaka is the latest to join the ever-growing list.

The legendary figure, who retired from the game in 2017 following a career spanning over 15 years and four different leagues, has watched on as Liverpool stretched their lead atop of the table to 22 points.

The success of Jurgen Klopp’s side has come as a result of the efforts of a squad littered with talent and for Kaka, the trio of Alisson, Fabinho and Roberto Firmino have been integral members.

Liverpool’s No. 1 has been rightfully crowned as the world’s leading goalkeeper, while Fabinho and Firmino continue to fly under the radar to a certain extent – but not for Kaka who considers them as among the best in the world in their respective positions.

And while he is of the view that the three will be key for Brazil moving forward, he singled out Firmino’s positional understanding and nontraditional approach to leading the line for praise.

Liverpool’s No. 9 has notched 10 goals and 12 assists in 2019/20 so far, and while those external to the club take aim at his goal return as reasons to overlook his standing in world football, his ability to “create the plays” is one facet of his game where he shines above the rest.

“Alisson is the best goalkeeper in the world right now, Fabinho is one of the best midfielders and Firmino, of course,” Kaka told Sky Sports.

“For me, Firmino and [Luis] Suarez are the best strikers in the world right now.

“You see Firmino playing the way he’s playing, he understands his place on the field and changes his position. He’s not a striker that stays in the box all the time, he comes and gets the ball and he creates the plays.

“For me, as a Brazilian, it’s really good to see Brazilians having this great success in the Premier League.”

Their success on the field is set to translate to a piece of silverware come May, with Liverpool setting a record pace at the top of the Premier League table with 73 points after 25 games.

Records continue to tumble week in and week out and just six more wins stand between Klopp’s men and the title, which could dwindle should Man City continue to drop points. 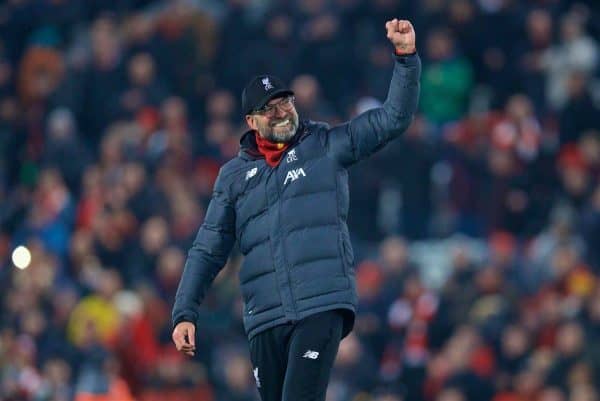 And while Kaka was right to acknowledge the ability and importance of his national compatriots to the club, the man at the helm is one he considers a “pioneer” amidst a league full of some of the world’s leading managers.

“It’s good for those of us that love football to see a team playing like that,” he added when asked which team in world football he enjoys watching most.

“The tactics, the players, the goals, the plays, and everything, so I’m enjoying watching Liverpool games.

“I like their style, it’s completely different. Jurgen is a pioneer coach. He’s not afraid to change and try something different. It’s very good when you see something like that.

“Also, the Premier League is very good because of the coaches that are in this league. You see these kind of guys working in the league trying to beat the others. It’s really good to see the strategy, tactics, players and so on.”