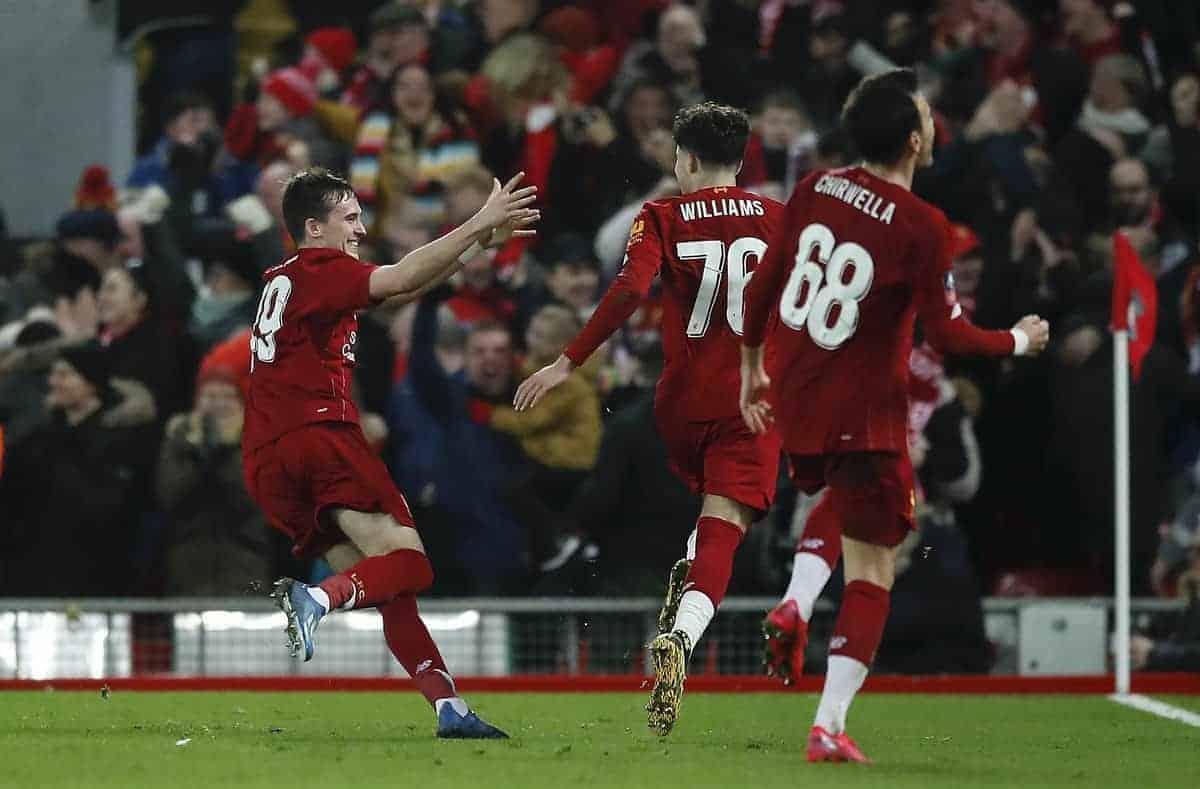 Liverpool booked an FA Cup fifth-round trip to Chelsea as an academy squad secured a 1-0 win over League One side Shrewsbury at Anfield.

A delayed kickoff and the FA pulling the plug on worldwide TV coverage fed into the farcical nature of the Reds’ fourth-round replay, which saw Neil Critchley in charge and three youngsters make their full debut.

Those were Adam Lewis, Jake Cain and Liam Millar, but beyond those at a sold-out Anfield and Jurgen Klopp watching from his mid-season holiday it proved difficult for most to see it unfold live, with the Magic Of The Cup™ on hold.

Liverpool took the fight to their noticeably intimidated opponents from the first whistle, roared on by thousands of Reds in the stands, with Shrewsbury playing like they were still stuck on the M62.

The young Reds’ confidence was summed up by a rabona cross from Curtis Jones—the club’s youngest-ever captain—on the half-hour, while the likes of Pedro Chirivella and Harvey Elliott dictated play with composure.

Neco Williams went close twice in the first half, the second time after a brilliant pass from Cain found Leighton Clarkson in the box, but the 45-minute mark came with the scores at 0-0. 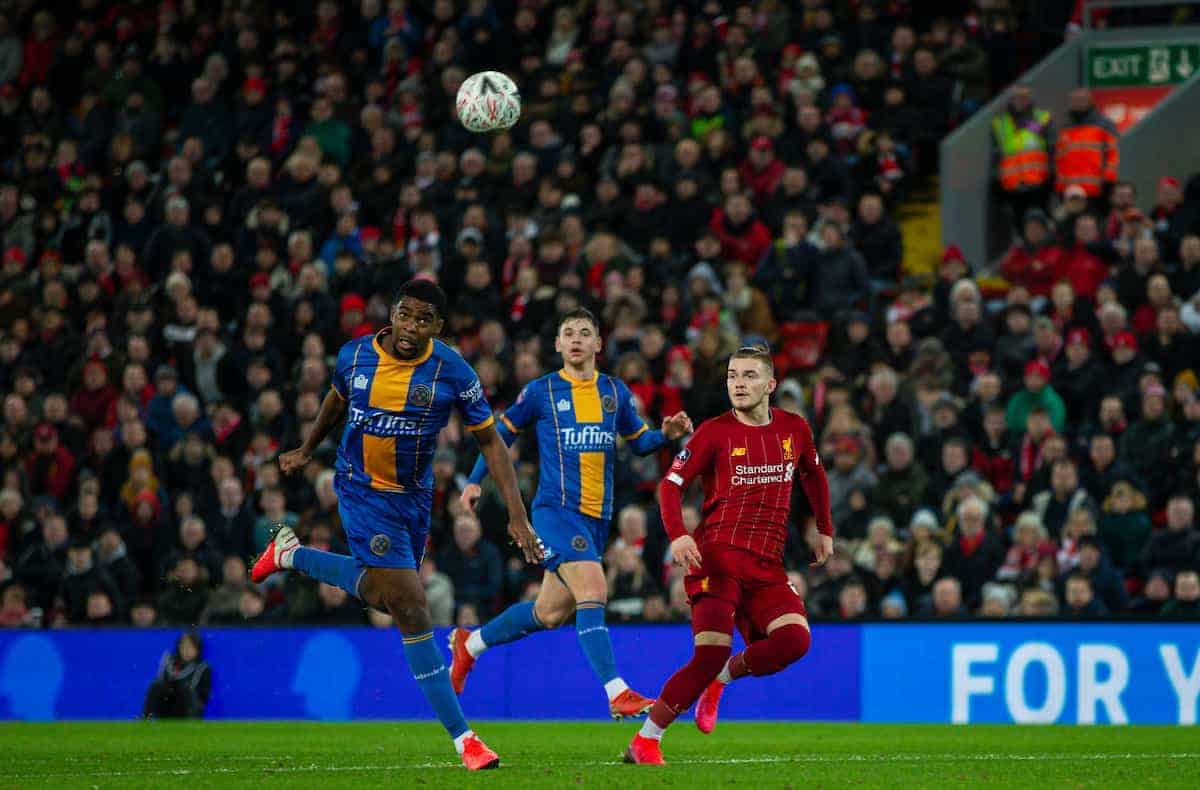 Williams remained Liverpool’s biggest threat after the break, and the right-back drew a brilliant save from Max O’Leary with his low effort from inside the area as the hosts pushed for an opener.

Shrewsbury thought they had sprung a surprise as Shaun Whalley headed home after Caoimhin Kelleher‘s weak save from Dave Edwards, only for VAR to rule the goal out for offside. Anfield erupted.

The young Reds visibly tired as the game wore on, with the introduction of Daniel Udoh giving Shrewsbury more energy in the final third, but a missed chance from the 23-year-old soon sparked them back to life.

Liverpool’s opener came in unfortunate circumstances for Shrewsbury, but it was certainly deserved, with ex-Man United defender Ro-Shaun Williams inadvertently heading a long ball from his namesake Neco over O’Leary and in.

That proved enough to send them through, and the young Reds merited the result—to a man, Critchley’s youngsters were outstanding.