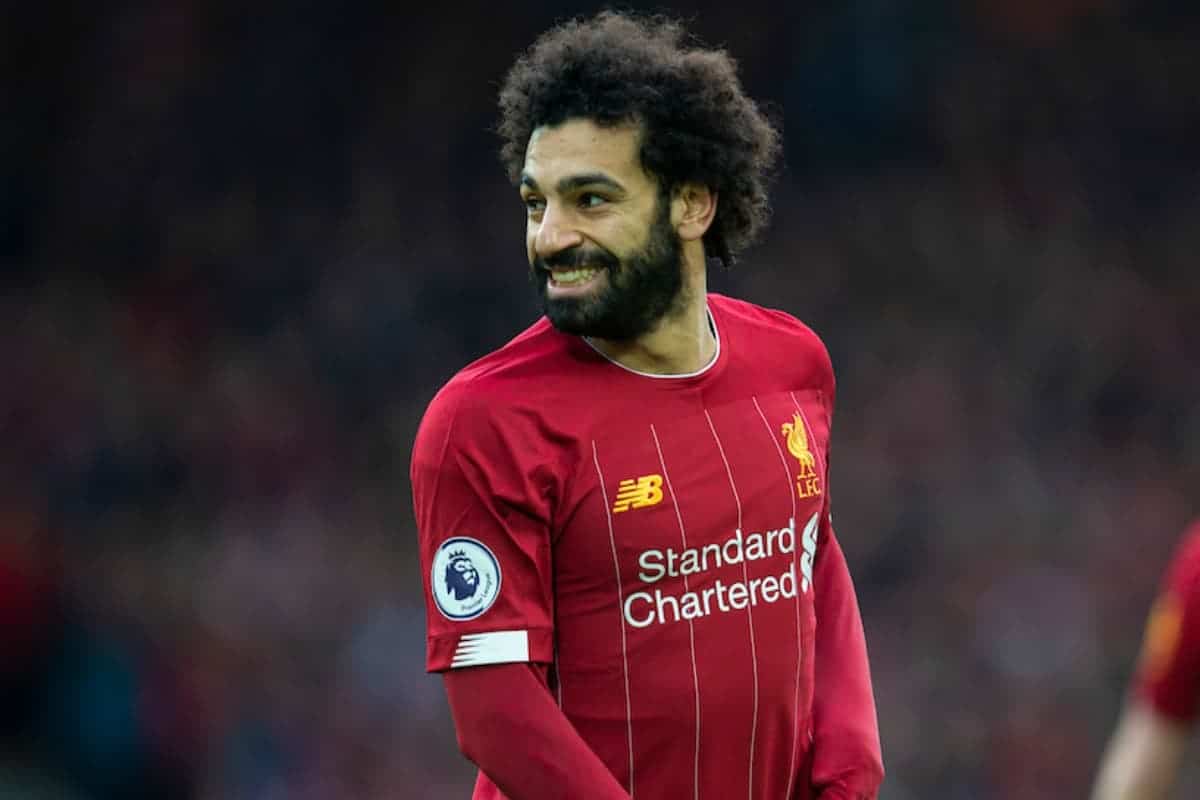 Numerous Liverpool players excelled in Saturday’s 4-0 win at home to Southampton, following a second half masterclass at Anfield.

The Reds faced a potentially difficult game against a Saints side with just one defeat in seven Premier League outings.

After an even first half that the visitors arguably edged, Jurgen Klopp‘s men blew their opponents away after the break.

Alex Oxlade-Chamberlain‘s low strike got the ball rolling, before Jordan Henderson slotted home to make it 2-0.

Mohamed Salah then added a brace to give the scoreline an even more emphatic look, as the Reds opened up a staggering 22-point advantage over Man City. 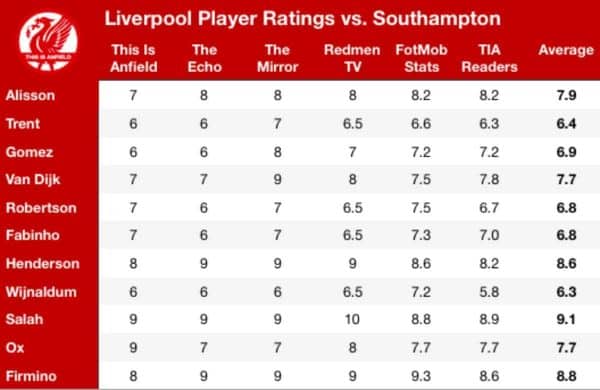 It was Salah (9.1) who came out on top in the average ratings, following a wonderful performance.

The Egyptian has been back to his best in the last two matches, scoring three goals, registering an assist and looking a far greater threat.

TIA’s James Nalton felt Salah “really grew into the game”, finishing it as “one of its best players.”

Roberto Firmino (8.8) was next up, with the Brazilian assisting three of his side’s goals and producing an outrageous second half performance.

Alex Smith of the Mirror described the display as “Peak Bobby”, mentioning that no goals at Anfield this season means nothing when he is still making such a big impact.

The Redmen TV perfectly summed up the Brazilian’s brilliance by saying, “if you don’t understand how vital he is to this team then I can’t help you.”

In third place was Henderson (8.6), as the skipper again enhanced his chances of winning the PFA Player of the Year award later this season.

The 29-year-old picked up a goal and an assist, as was the case at Wolves on January 23, with FotMob also highlighting two key passes and seven ball recoveries made.

Nalton mentioned that Henderson “received a standing ovation” when he was substituted, summing up the change in mood towards him in the last 12 months or so.

Gini Wijnaldum (6.3) took home the wooden spoon, following a forgettable outing in the middle of the park.

The Dutchman was “functional more than anything”, according to the Echo‘s Ian Doyle, although it is worth stressing that he was far from poor.

Liverpool’s next game is on Tuesday night, with Neil Critchley and his youngsters facing Shrewsbury Town in their FA Cup fourth replay at Anfield.