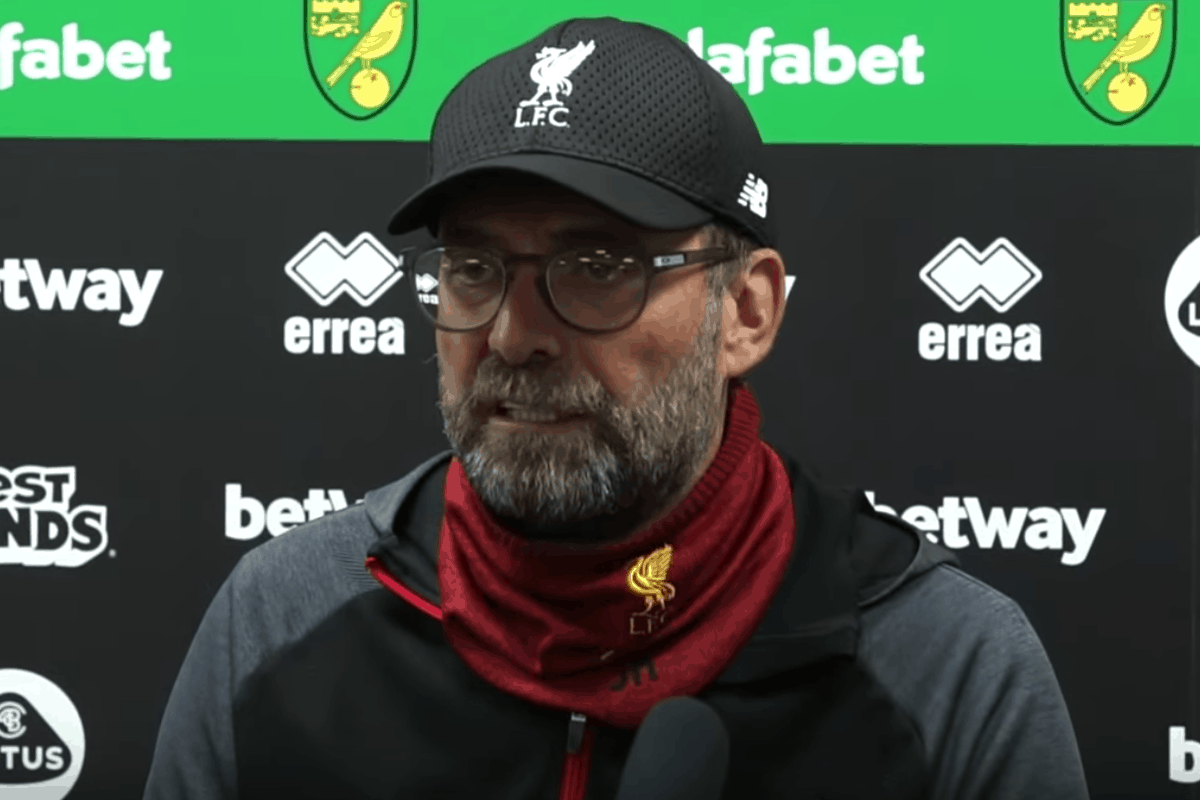 Jurgen Klopp acknowledged the testing conditions at Carrow Road but commended his side for making the necessary adjustments to clinch a 1-0 win over Norwich.

The Reds made the trip to Norwich with storm Dennis looming large, ensuring wind and rain dominated discussions ahead of kickoff.

That, coupled with the first game after the winter break ensured the affair was anything but pretty as Liverpool struggled to find their rhythm and make their dominance on the ball count where it mattered most.

Meaningful sights on goal were few and far between, but as he so often has this season Sadio Mane emerged from the bench to notch the winner late on.

It was the “perfect” outcome for Mane to get minutes under his belt ahead of the Champions League clash at Atletico Madrid on Tuesday, with Klopp admitting he “could have started” but he wanted a “free decision” in midweek.

On the game, Klopp told reporters: “It’s easy to talk about the wind, but the boys had to deal with it on the pitch.

“We played two or three or four long balls too many and our formation wasn’t prepared for that, we weren’t there for the second balls.

“We maybe didn’t feel we could put the balls through the gaps.

“You need to get used to circumstances and after 45 minutes we knew how it feels. A few bits of information at half-time and it was much better in the second half.”

The boss also admitted that he “feels for” Pep Guardiola and his Man City players after they were banned from Champions League action for two seasons on Friday by UEFA due to serious breaches of financial regulations.

For Liverpool, however, attention will now swiftly turn to their La Liga opponents as a return to the Wanda Metropolitano awaits in the last 16.