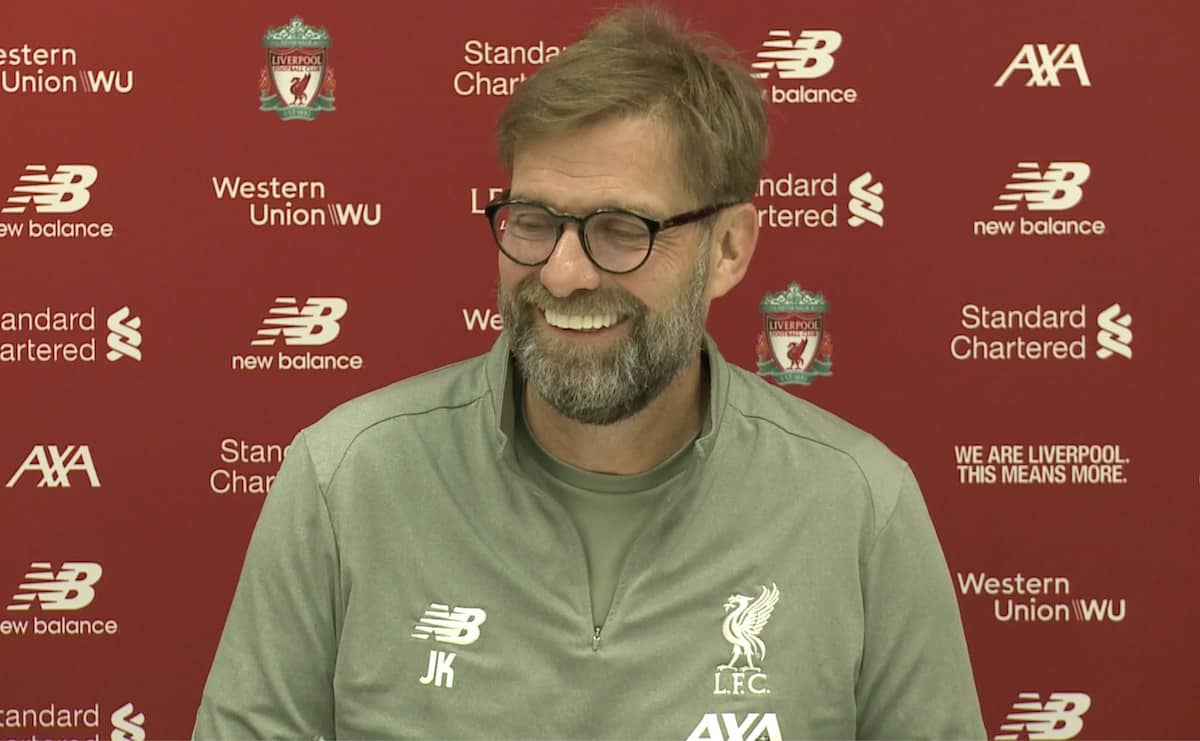 Jurgen Klopp has warned Liverpool that a Watford side without a win in five Premier League games will “strike back 100 percent” as they make the trip to Vicarage Road.

The Reds arrive at the home of the Hornets on Saturday evening, looking for their 27th league win of the campaign and to reduce the amount needed to clinch the title to three.

After an early scare against West Ham earlier in the week, however, they cannot approach this fixture with abandon, having been forced to fight back from 2-1 down to take a 3-2 win at Anfield.

Watford lost 3-0 away to Man United last time out, and haven’t won in the league since their 3-0 victory at Bournemouth on January 12, losing to Aston Villa and Everton, and drawing with Tottenham and Brighton, in between.

Despite this, Klopp believes Nigel Pearson’s side will be desperate to “strike back,” as he told reporters at his pre-match press conference.

“It’s tough, it’s really tough, because you need each point you can get and that’s what they didn’t have in the last five games I think,” he said.

“But they will strike back 100 percent. Home game, everybody expects Liverpool to come there and we are only asked about game No. 19 [to win in a row].

“That’s a wonderful situation for them to try to give us a proper struggle. We know that, that’s not the first time it happened.”

Klopp also provided an update on the fitness of Jordan Henderson, Xherdan Shaqiri and James Milner, with the trio “coming closer,” and the vice-captain expected back for the FA Cup clash with Chelsea on Tuesday night.

Furthermore, he discussed the impact of coronavirus on Liverpool’s pre-season plans in China, the competition for places between Naby Keita and Alex Oxlade-Chamberlain, and the squad’s viral advertising gig with Chaokoh.