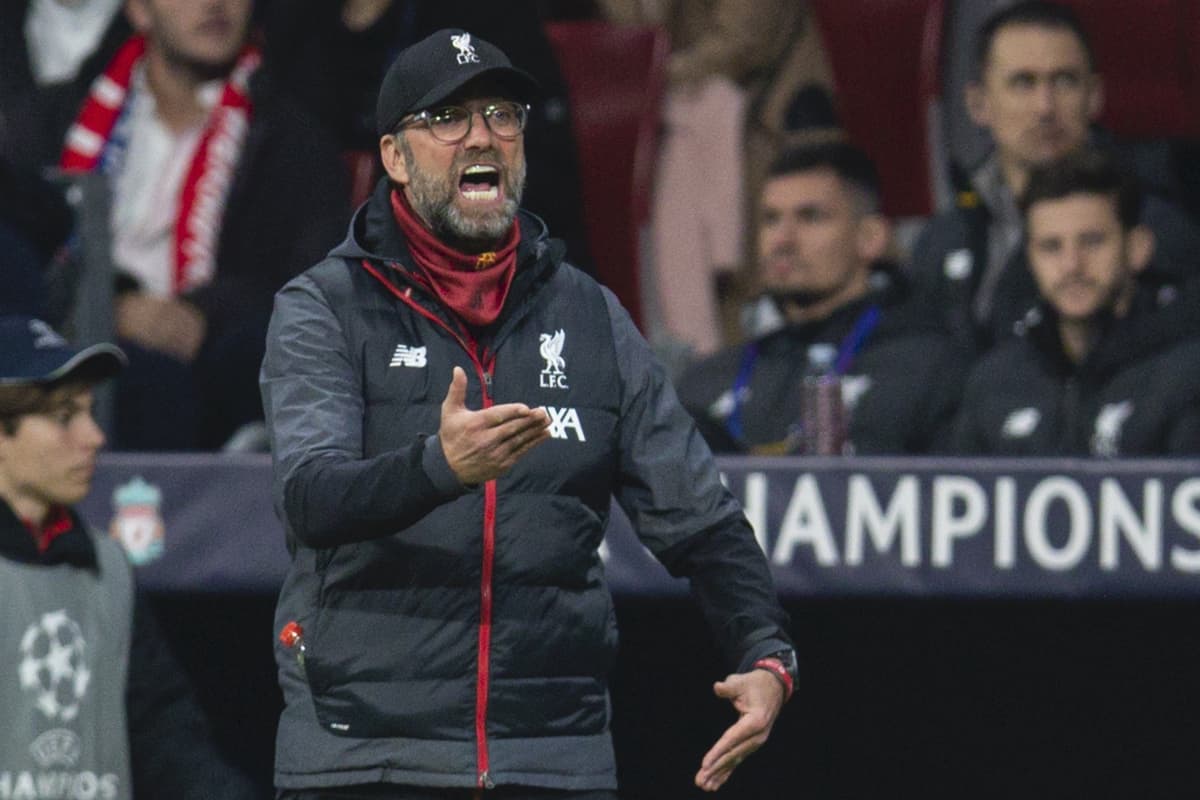 Jurgen Klopp has stressed “it’s not over yet” between Liverpool and Atletico Madrid, after a tight and frustrating 1-0 defeat for his side in the Champions League.

It was a difficult night for Klopp and his players on their return to the Wanda Metropolitano.

After Saul Niguez’s fourth-minute opener, Atletico bedded in and defended for the remainder, which forced Liverpool to vary their approach to no avail.

Mohamed Salah went close twice, while Jordan Henderson sent a volley just wide, but ultimately the night went according to plan for Diego Simeone: victory, and no away goal conceded.

But after Madrid roared Atletico on for a first-leg win, Klopp is confident Anfield can play a similar role as an angry Liverpool look to overturn their one-goal deficit and reach the quarter-finals.

“In a game like this, when you are 1-0 down against a team like this, they only want to how this result; 0-0 would have become OK for them,” Klopp told BT Sport.

“So we take it like it is, all good, second leg…I’m looking forward to it.”

The manager was visibly angered by the performance of referee Szymon Marciniak, receiving a yellow card for his protests at one stage, but took a more diplomatic approach in his interview.

Klopp said “you need to be really strong as a ref in this atmosphere [and] that was obviously not easy,” lamenting how easily Atletico’s players went to ground from “a little breath” from his own.

He confirmed he brought Sadio Mane off at half-time because, on a booking already, “he was targeted,” and “the only thing they wanted was to make sure he got a [second].”

Liverpool will be aiming to channel this aggression into a more effective performance at Anfield on March 11, and asked if he will take a similarly animated approach to Simeone in the second leg, Klopp delivered a wry response.

“I don’t think I have to do it that much, to be honest. I hope I can be a little bit more focused on the game, that would be nice,” he said.

“Our people will be ready, I know that. Welcome to Anfield, it’s not over yet.”