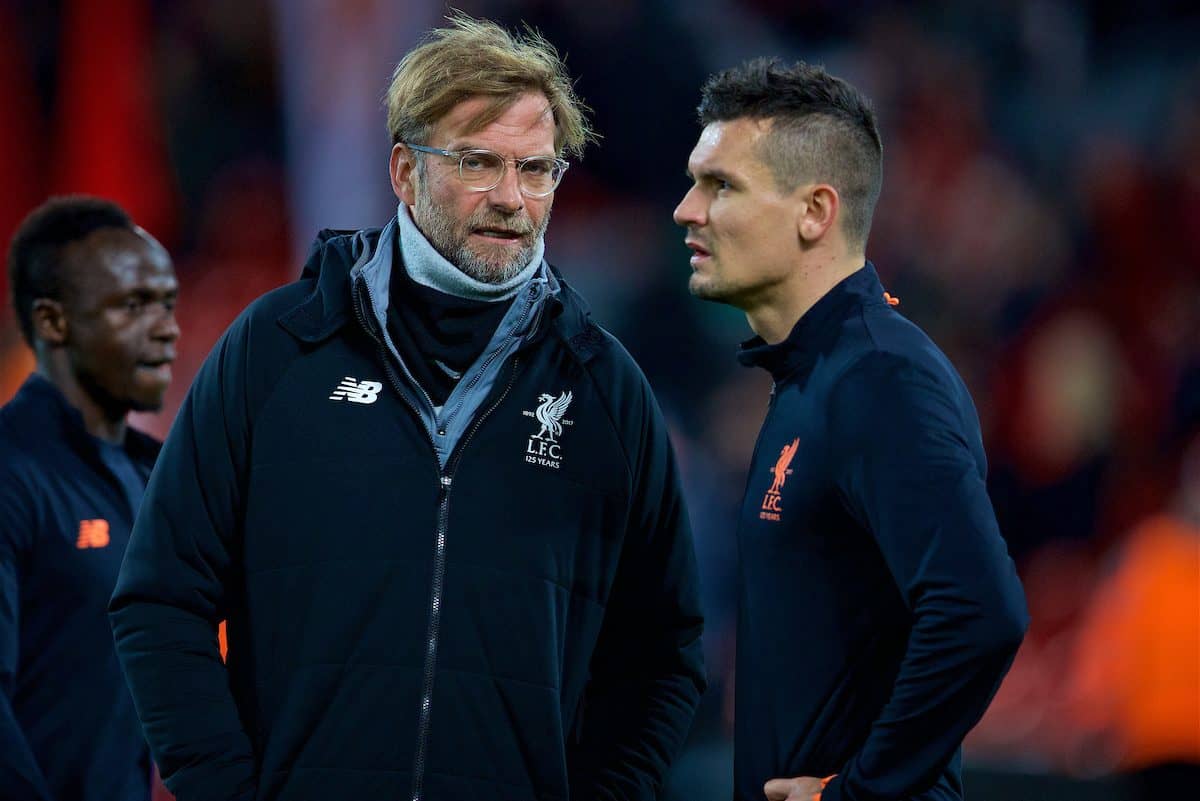 Liverpool manager Jurgen Klopp insists their FA Cup fifth-round tie at Chelsea does not take on any more significance despite two defeats in three matches.

Watford brought a surprise end to a 44-match Premier League run at the weekend and, with a loss to Atletico Madrid in the Champions League two games previously, there has been a small stutter in the Reds’ imperious form this season.

They remain, however, still in the hunt for a treble with the next leg a last-16 tie at Stamford Bridge which probably attract more scrutiny than it would do otherwise as to how the players respond.

That may depend on the side Klopp puts out, as he has fielded a number of fringe players in cup ties this season, but the manager insists the fixture is no more important and has not been tempted to alter his thinking on it.

“The defeat has nothing to do with the lineup tomorrow night,” he said.

“This is the most important game we have because it is the only one we play and we have to win it if we want to go through.

“It will not be easier for us because we lost the last game and so there will be more motivation.

“We never really think about lesser pressure or whatever. We are Liverpool, we always have to deliver. We play at Chelsea but everyone expects us to win.

“We don’t really think, it is not less pressure than before, it is just last 16 of the FA Cup and we want to go through and hopefully everyone can see that.”

Asked whether the end of their unbeaten league record could have a destabilising effect, Klopp added: “That’s over now, we can concentrate on football and we will do that.

“It didn’t distract us and no one can tell us how best to deal with runs like this because not a lot of teams had it.

“I was not happy with the performance [at Watford] but it was always clear there will be a moment when it could happen and now it has happened.”

A lot of fans were not happy with the performance of Dejan Lovren, who replaced Virgil van Dijk’s long-term central defensive partner Joe Gomez at Vicarage Road because of a minor knock.

The Croatia international has often found himself bearing the brunt of unnecessary criticism but Klopp launched an impassioned defence of the 30-year-old.

“It’s not fair, but that’s the world. If anybody gave Dejan Lovren the blame for our defeat then I can’t help these people,” said the Reds boss, who revealed Gomez and midfielder James Milner were fit to return to the squad.

“A lot of times in my life I speak to people and they know less than I do about football, that’s okay as I’m a well-paid Premier League manager and I should know more than most people.

“But on that level, I can’t discuss it.”