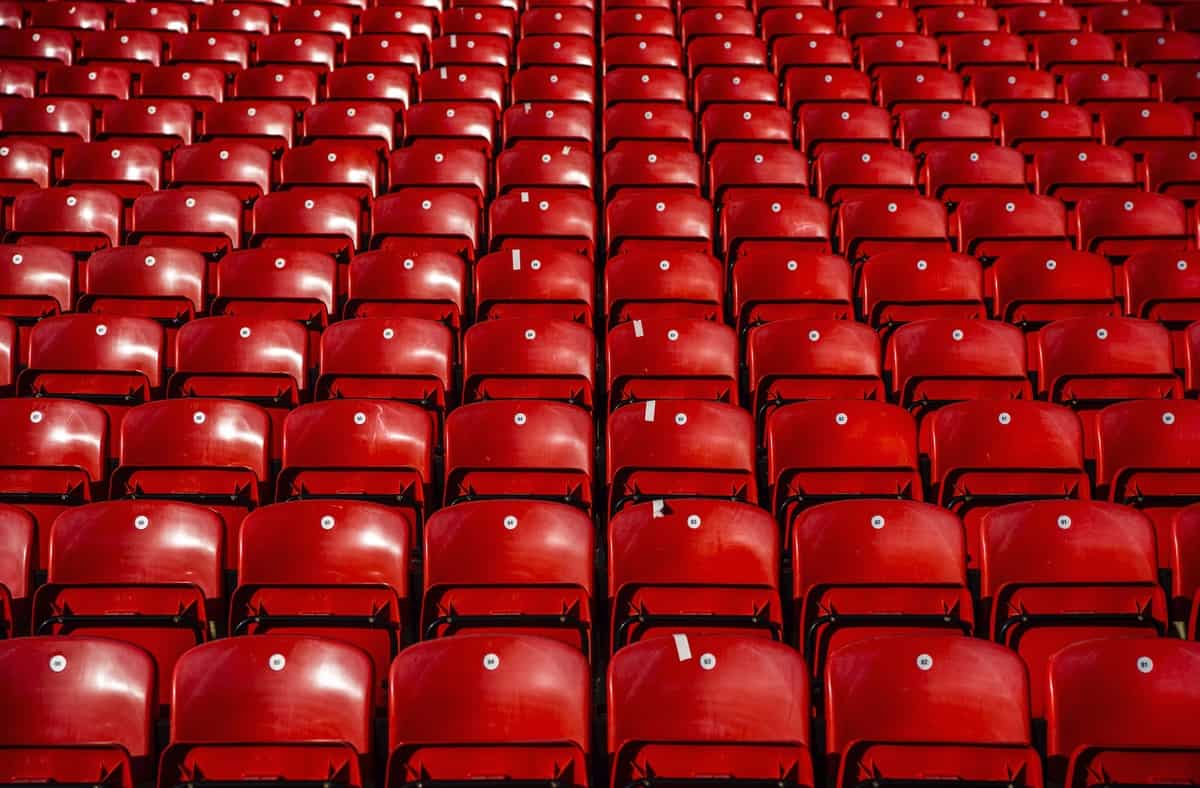 Despite the clear negative effects of a stadium without fans in normal circumstances, Liverpool fans are now accepting of a behind-closed-doors end to the Premier League.

The Reds’ title campaign has led them to a 25-point lead at the top of the table, albeit having played a game more than second-placed Man City.

Jurgen Klopp‘s side need just six more points to clinch the title, though victory over City would be enough to do so, with third-placed Leicester no longer close enough to catch up.

But the resolution of the Premier League comes low down on the list of priorities now, with the coronavirus pandemic bringing the UK to a halt as the public are restricted to their homes and many businesses suspend activity.

Fixtures are currently postponed until the start of May, but this will almost certainly be delayed further when the 20 top-flight clubs meet via video conference on April 3.

The Premier League have already committed to fulfilling the remaining fixtures, but there remain muted calls to void the campaign entirely in order to begin the 2020/21 season as close to its intended date as possible.

But there are a number of issues surrounding this, particularly legal ones, and seeing out the rest of the game behind closed doors is still the most likely option.

From a purely football perspective, this would be a major disappointment for Liverpool fans, and some may prefer to wait until it is safe to admit fans to Anfield again before the season is concluded.

This Is Anfield posed the question to supporters on Facebook and Twitter, and the majority backed a quicker, behind-closed-doors finish.

Of the 25,200 to vote on Facebook, 78 percent opted to finish the season sooner with no fans: 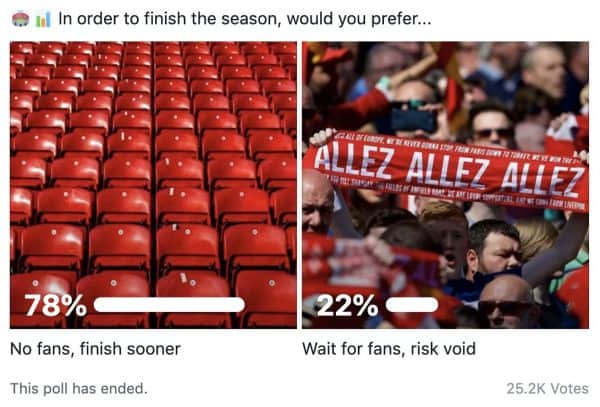 “The season has to be finished. Fans or no fans,” Jason Reid wrote.

“The only way it will be finished is behind closed doors. I don’t see why that’s a problem. Win the league and the fans can celebrate at a later date.”

Paul Cummins added “we can have a party after it all, but get it done,” while Eric Avissar went as far as insisting: “Remove the word void from your vocabulary. We will be champions.”

“If season carries on, maybe LFCTV could stream all games free so we can continue to support without causing issue and then have a kick-ass party at Anfield,” Mikey Bell suggested.

Meanwhile, of the 4,450 voters on Twitter, a similar margin of 77.6 percent backed a behind-closed-doors approach:

“I prefer to play the rest of the season with the fans, but in this situation it is almost impossible,” wrote @PhilipCoreall, “albeit behind closed doors, but to finish the season is what we need. YNWA.”

However, 17x17x17x17 wrote “football without fans is nonsense,” and @SometimesSteven added: “Imagine Henderson lifting the trophy to an empty Anfield. What a terribly bleak picture.”

More important at this stage, though, is the safety of the fans, players and the general public, and football takes a backseat at this point in time.

When it is deemed safe to resume, however, there is a clear belief among the Liverpool support that the season should be seen through and, if required, the title would be better won without fans than not at all.