The Premier League are to meet on Thursday to discuss the future of the 2019/20 season – but expect to complete the campaign in its entirety.

UPDATE: It has been announced that the Premier League has been suspended to at least April 30, but the season has been extended indefinitely – meaning Liverpool WILL win the league. Full details here.

The priority of the league at this point remains to get through all 38 rounds of games, however it needs to be done.

With UEFA postponing Euro 2020 for a year, it frees up an additional couple of months for domestic matters to be completed, with June 30 a natural cut-off point to try and finish by.

BBC Sport‘s Dan Roan says that all options will be on the table, including dates of a possible resumption and whether or not fans will be allowed into games.

Roan also suggests “no major decisions” are expected on Thursday, but that clubs will be shown all reasonable scenarios including the financial and legal ramifications that each present. 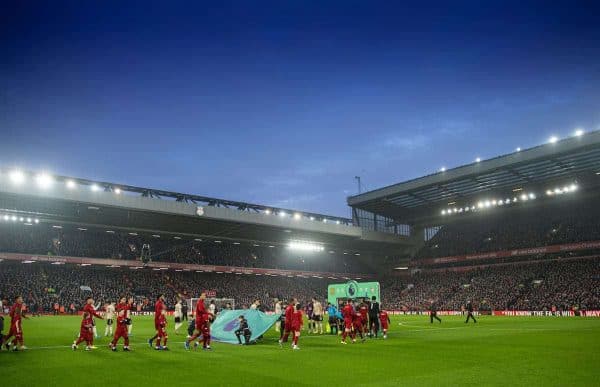 There have been conflicting viewpoints about the remainder of the Premier League season from those in charge of different clubs.

Brighton have said it would be “unfair” if Liverpool didn’t win the title, while West Ham‘s message was rather more self-centred, claiming the only reasonable outcome would be to render 2019/20 null and void.

But in any case, the league have been constant in their No. 1 desire being to wrap up the campaign as normally as possible, aside from the shifted dates of matches.

“Our goal is to finish the leagues and we didn’t recommend anything like that to any league,” he said.

Thursday’s meeting between clubs and the league will also see matters discussed such as expiring player contracts, compensations due elsewhere if the season isn’t finished for any reason and potentially the support of lower league clubs.