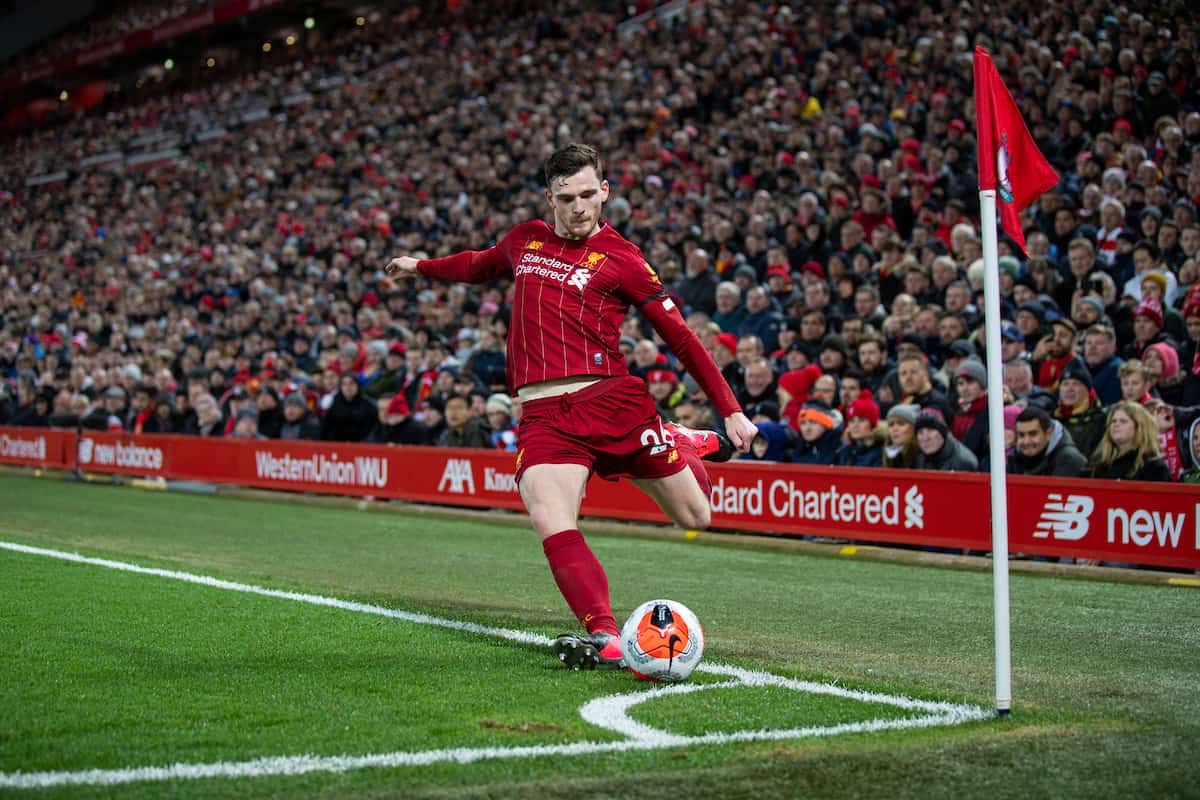 The Premier League is unlikely to go behind closed doors at this stage despite concerns over coronavirus, but Liverpool see a “real threat” of the possibility.

Talks were held between government officials and the Premier League on Monday morning, with the prospect of a ban on spectators attending fixtures on the agenda.

Italy have already deemed it necessary to play all sport behind closed doors until at least April 3, with the country one of those at most significant risk, though Serie A overlooked the recommendation to suspend activity.

Meanwhile, France have capped the maximum of spectators at top-flight games to 1,000 until April 15, with Paris Saint-Germain’s Champions League decider at home to Dortmund to be contested in an empty stadium.

RB Leipzig will host Tottenham in their last-16 second-leg tie with no restrictions, however, as the situation remains on a game-by-game basis.

According to the Mail‘s Matt Hughes, “sports leaders [have been] told [there is] no need to cancel events or restrict crowds at present,” though “contingency plans [are] being put in place.”

This follows a report from The Athletic‘s James Pearce highlighting implications on Liverpool’s imminent title triumph in the Premier League.

Senior officials at the club are quoted as seeing behind-closed-doors fixtures as a “real threat” if the virus continues to spread, while there are potential issues for the trophy lift and, more so, the parade in the city.

The parade has been pencilled in for May 18, with crowds close to a million expected in Liverpool, which would of course be considered a risk.

Liverpool’s under-23s have already seen their Premier League International Cup quarter-final at home to Wolfsburg postponed, with the German side unwilling to travel.

The Times‘ Martyn Ziegler reports that, if sporting events are restricted in the UK, the FA could lift their imposed 3pm blackout to allow all games to be broadcast live on TV.

This could see Sky Sports and BT Sport asked to stream every fixture for free, though the blackout would still be in place at pubs, with these deemed more of a risk than stadia.

For Liverpool, the prospect of winning the title behind closed doors is almost unthinkable, but the hope is that the issue is contained and they can clinch No. 19 in the coming weeks.

They could even do so without having played another game, with defeat for Man City against Arsenal and Burnley this week wrapping up the title race before next Monday’s Merseyside derby.

As of now, the Reds need just six more points to secure their status as champions of England.