The FA remain committed to completing the Women’s Super League season once it is deemed safe to do so, but want it concluded by August.

The WSL was suspended alongside all top tiers of English football until April 30 at the earliest, due to the uncertain climate.

While that return date grows increasingly unlikely by the day, the FA are still determined to see the 2019/20 WSL season completed in its entirety, according to BBC Sport.

On Thursday, the FA and the leagues within tiers three to seven of the women’s game reached a consensus that their seasons would come to an immediate end and all results would be expunged.

The same conclusion for the top two divisions, the WSL and Championship, was discussed as one of many options during a conference call on Friday but was not the preferred choice.

The WSL season still has clubs with, at most, nine games to play and others have six due to various postponements throughout the campaign. 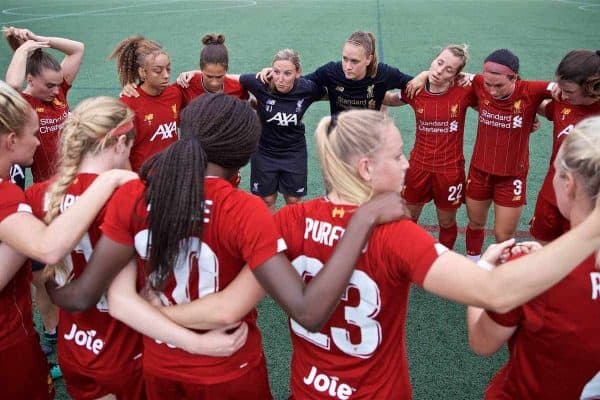 Liverpool Women have eight games remaining on their schedule after three were postponed in early 2020 due to a combination of poor weather conditions and unsafe playing surfaces at Prenton Park.

Vicky Jepson’s side currently sit in the division’s sole relegation spot having picked up just six points from 14 games.

They’re one point behind Birmingham City, who have nine still to play, but if and when the season was to resume they would meet in a potentially season-defining clash, with the Reds playing host.

With an August cut off date, the WSL season would need to resume by mid-July to finish within the FA’s deadline.

Like the Premier League and the EFL, discussions will be ongoing as the situation evolves with safety remaining the first priority as players and clubs continue to isolate.