Virgil van Dijk will be “gutted” if Liverpool fans are unable to watch their side lift the Premier League trophy due crowd restrictions, but vowed to “bring the title” to them.

The Reds are not set to return to action until April 5 at the earliest, with the Premier League joining others across the world in suspending activity following the outbreak of coronavirus.

It remains unclear if that clash with Man City at the Etihad—which, if Liverpool won, would decide the title—will go ahead, and at the very least it is likely it will be played behind closed doors.

Van Dijk insists “we all have to be sensible,” with the club accepting precautionary measures as they have opted against training at Melwood, but believes “no one wants to play games without the fans.”

“If we won it in an empty stadium and the fans weren’t there, I’d be gutted for them,” the Dutchman told reporters.

“Obviously, if there are no fans at Anfield, then it will be a bit of a blow—no one wants to play games without the fans.

“And it would be like that for fans of all the clubs in the Premier League.

“Everyone who wants to go and support their team, but can’t be at the game, will find it tough.

“Until a decision is made on how we go on from here, then we just have to deal with it. But when it happens, we are still bringing the title to our fans, definitely.” 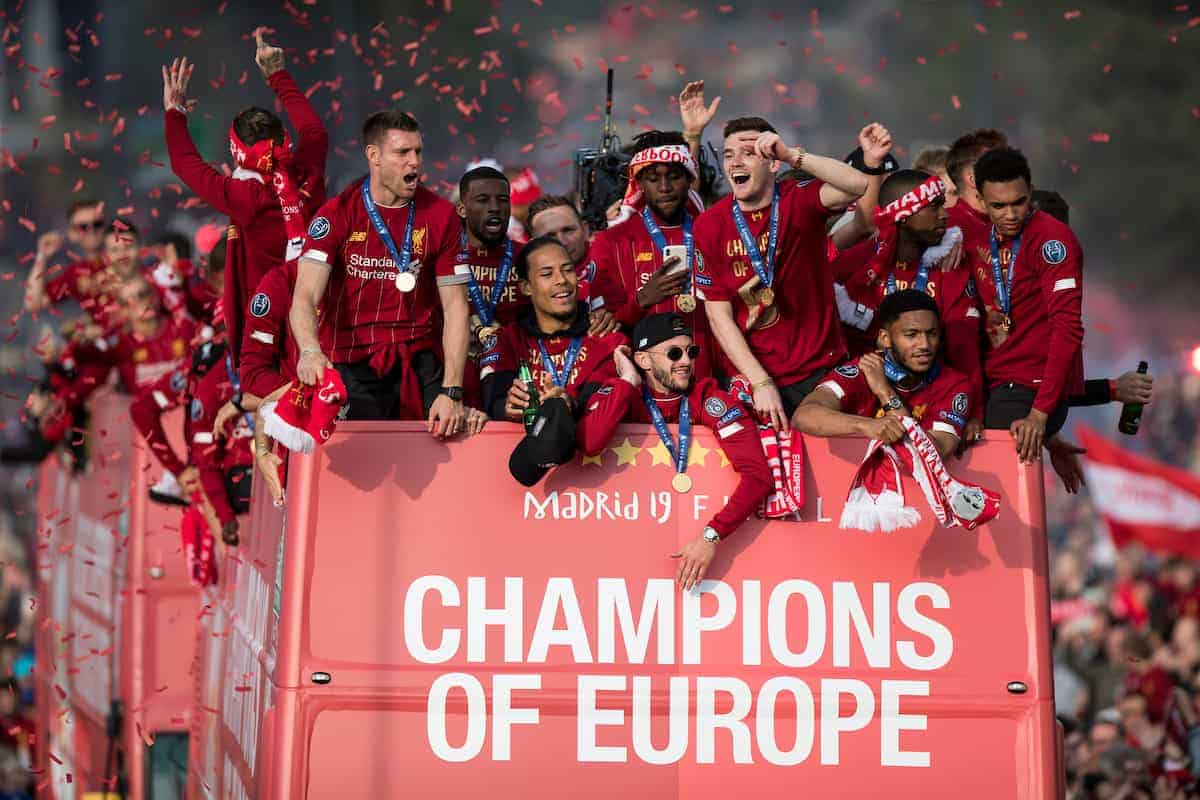 Liverpool had put together plans for a trophy parade in the city on May 18, with crowds of close to one million expected to congratulate Jurgen Klopp and his squad for bringing No. 19 to Anfield.

But now these will almost certainly not go ahead—and certainly not in May—with coronavirus likely to further limit mass gatherings across England in line with other countries.

A parade, provided the Reds are crowned winners, will be postponed until further notice, but Van Dijk’s vow should be symbolic of the club’s dedication to their supporters.

Winning the title is of the utmost importance to Liverpool, but for now that will take a backseat while, as explained by Klopp in a message to fans on Friday, public health takes priority.

“Of course, we don’t want to play in front of an empty stadium and we don’t want games or competitions suspended, but if doing so helps one individual stay healthy—just one—we do it no questions asked,” Klopp said.

“If it’s a choice between football and the good of the wider society, it’s no contest. Really, it isn’t.”